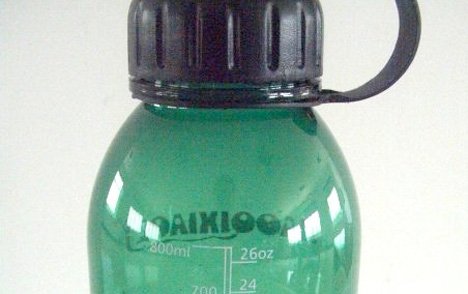 Ipsos-Reid just released a new poll. It’s got some bad news for Ford. He’s no longer leading. Smitherman’s the new frontrunner is the 400-person survey conducted for Newstalk 1010. Pants won’t be happy, though. He’s pulling in 11 per cent to Smitherman’s 31, and Ford’s 30. Rossi’s invisible at 4 per cent – but that doesn’t matter because he’s dropped out.

The feds have finally made it official. BPA is a toxic substance. Time to get it out of my Chef Boyardee cans.

If you’re worried about cheap food problems, avoid the Green Room. The well-known dump tucked in an Annex alley is off limits.

Hey, guess what. Obama and Palin are related. Sure you have to dig through files all the way back to tenth cousins, but yeah! Search hard enough and you’ll find out Rush Limbaugh, Brad Pitt and Warren Buffett are also his distant relatives. Reunion time.

Finally, sucky news for all those NPR (National Public Radio) lefties getting pumped for the Jon Stewart/Stephen Colbert rally. They can’t go unless they’re covering it.