Health Canada eyes crackdown on medpot patients who grow their own

Approximately 420,000 Canadians currently have authorization from Health Canada to use cannabis for medical purposes 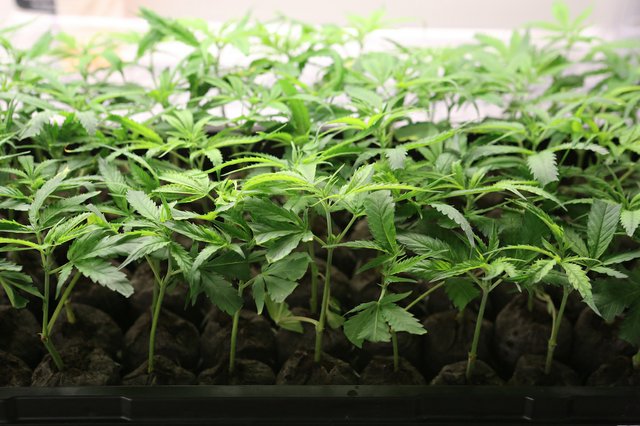 It’s about to get harder for registered medical marijuana users in Canada to grow their own cannabis.

Health Canada has issued a “draft guidance document” for public consultations on rules that currently govern medical marijuana patients who grow their own medicine.

The feds are reportedly concerned with the flow of weed into the illicit market. To be sure, for medpot patients and growers, the consultations carry the whiff of a crackdown.

Growing weed for medical purposes is a highly specialized area. Licensed Producers have filled the demand (mostly). But there are still thousands of patients who can’t afford (or trust) what they get from LPs and rely on their own supply or the grey market for product.

Approximately 420,000 Canadians currently have authorization from Health Canada to use cannabis for medical purposes. About 10 per cent of those, some 43,000, grow their own cannabis or have someone grow it for them.

A grower can produce for a maximum of two patients (for themselves and someone else or for two other people). The problem for Health Canada is that many medpot patients who grow their own received approval to do so under medical marijuana programs established long before the legalization of recreational weed.

Those individuals are currently authorized to grow as much as 36 grams a day for personal use, an amount that’s far higher than the 2 grams per day usually prescribed by doctors to treat patients for a range of issues.

But since legalization in 2018, Health Canada says it has seen “a concerning trend with the size of certain personal and designated production sites and issues associated with them.”

Those issues include “unauthorized individuals tending to plants, security obligations not being met, unauthorized outdoor production, and plant counts beyond authorized amounts.”

The Stephen Harper government tried to impose restrictions on access to medical weed, but patients challenged the tighter rules and won in federal court. Part of the issue then was what constitutes reasonable access.

Growing weed for medical purposes is a highly specialized area. It takes a lot of trial and error to obtain the specific strain needed for the ailment you’re trying to treat.

But it’s also true that some growers have been exploiting medical marijuana access regulations and that product ostensibly grown for patients has been finding its way into the illicit market.

The draft document raises the issue of law enforcement activity at some grow ops. According to Health Canada, “police have laid drug and weapon charges against some personal and designated producers, who were using their registration to cover and support large-scale illegal production and sale.”

To what extent it’s a problem is unclear – no numbers are provided. But Health Canada says it’s prepared to expand the factors it considers when it comes to granting or revoking licences for designated growers.

The current regulations already impose a number of significant restrictions on grow ops.

A person designated to grow cannabis can’t have a criminal record and must not have been convicted of certain cannabis-related offences in the 10 years prior to receiving authorization to grow.

The regs also require a number of safety measures at growing facilities, including “strong locks on the doors to all areas where cannabis is produced,” an alarm system and air filtration system to prevent the escape of odours and “reduce the risk of alerting others to the existence and location of the production site.” Growers must also comply with local building and zoning codes as well as regulations related to pesticide use.

In addition, the Minister [of Health] has broad powers to renew or revoke licences.

It’s unclear what changes may be imminent. On the one hand, rewriting some of the regulations may encourage legacy growers to take their expertise to the legal market. On the other, we could be reopening a legal debate around what constitutes reasonable access for medpot patients that was supposed to have been settled by the courts years ago.