Psychologists, psychiatrists, social workers and nurses are among 17 health care professionals granted the exemption by Health Canada this week 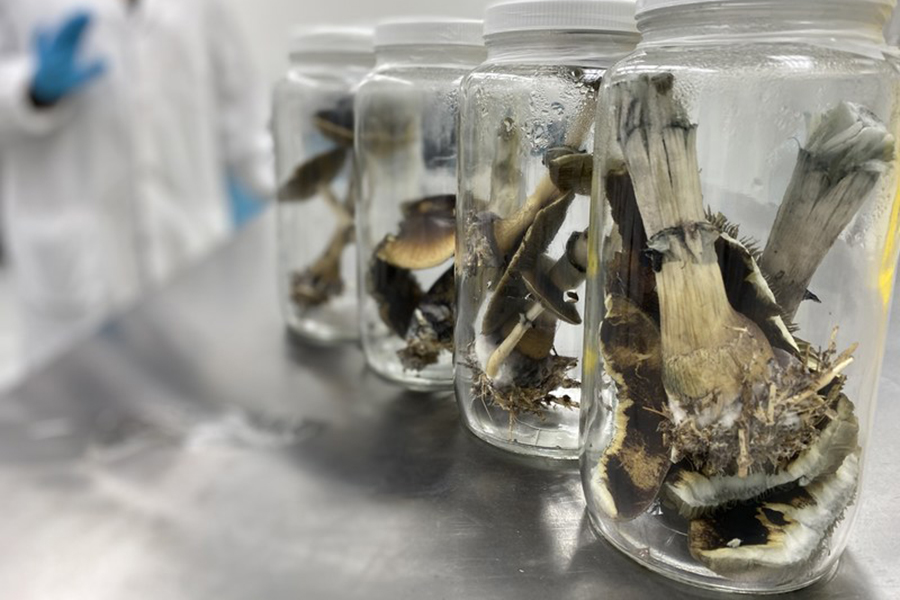 The use of psychedelics in therapy hit another high this week.

A group of 17 health care professionals, among them psychologists, psychiatrists, social workers and nurses, became the first in Canada to be granted a legal exemption to use psilocybin – the active ingredient in what are known as magic mushrooms – in their professional training in psilocybin therapy. Federal Health Minister Patty Hajdu granted the exemptions this week.

TheraPsil founder and board chair Bruce Tobin described Health Canada’s decision in a press statement as “another huge milestone in Canadian medical history.

“Health Canada now rightfully acknowledges that clinician experience with psychedelic medicines is an important part of their training,” Tobin said.

In August, the health minister granted exemptions to four terminally patients to use psilocybin, which is among a range of psychedelics quickly finding favour among professionals in the treatment of mental health issues. The number of terminally ill patients who have since been granted an exemption by Health Canada has grown to 14. In October, the first non-palliative care patient to be granted an exemption to use psilocybin for therapy was added to the list.

Mona Strelaeff of BC says she’s struggled with anxiety, depression and addiction because of traumas she’s experienced in her life. She says psilocybin therapy allowed her to reach way back into her childhood to help deal with unresolved trauma.

She says “I conquered those tough memories and after a while I realized… I ain’t scared of jack shit. For the first time, I feel like I have won the battle in my mind.”

Research in the use of psilocybin has shown that the drug works to block activity in the brain that controls fear. The research also shows that psilocybin’s effects in therapy can last weeks and months after their initial use.

TheraPsil says the most recent exemptions for healthcare professionals will give the organization the ability to “triage patients to ensure we are facilitating safe and equitable access to legal psilocybin therapy.”

A number of jurisdictions in the U.S. are moving toward decriminalizing psilocybin for medical purposes as more research points to its effectiveness in treating psychological and mental health disorders, as well as addiction issues and obsessive-compulsive disorder. A proposition to legalize psilocybin was passed by the state of Oregon in the recent U.S. election.

Discoveries on the effectiveness of psilocybin and other psychedelics (including MDMA, DMT and LSD) in treating mental health issues date back to the 1950s and 1960s – and decades before that in the U.S and Europe. But funding for those experiments dried up when the drugs were made illegal.

Vancouver-based Numinus Bioscience received a licence from Health Canada to grow Psilocybe mushrooms in June. The company produced its first crop for use in psilocybin-assisted psychotherapy in late October. The license issued by Health Canada includes research into MDMA, DMT and mescaline.

In Canada, psilocybin remains a controlled substance – which means it is illegal to produce, possess or sell – even as the government of Canada fast-tracks some research and its own website acknowledges that psilocybin has been used “for thousands of years” by other cultures for spiritual purposes.