NOW MagazineNewsHere is how people in Toronto are getting COVID-19

As the city confirms a record-high single-day increase, local survey data shows 21 per cent of cases had visitors or visited a private home 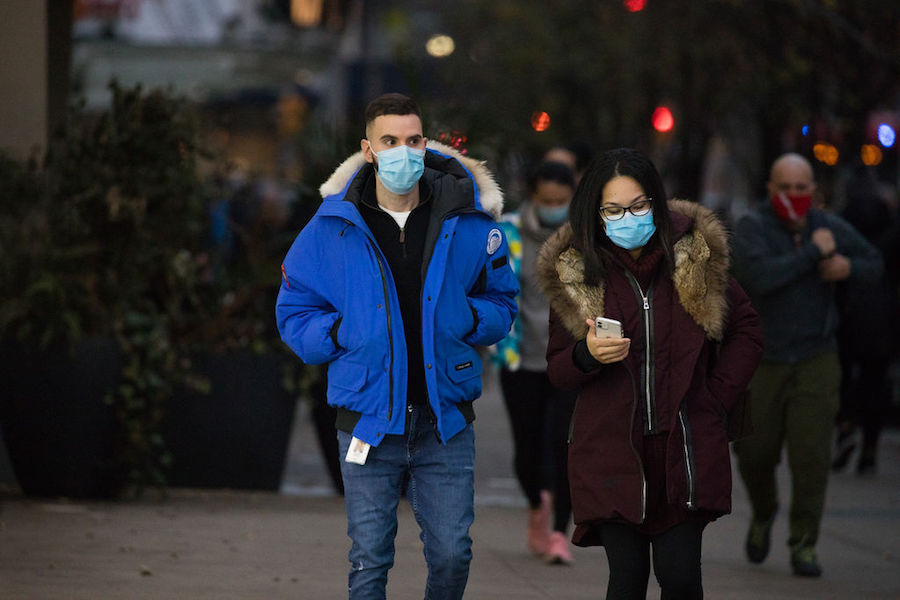 As Toronto reports a record high single-day increase in COVID-19 cases for a second straight day, the city has released survey data on how people are contracting the virus.

The virus is now spreading at an “alarming rate” in the city, according to a tweet from Toronto Public Health.

“Today’s case counts are a blunt warning,” de Villa said in a statement. “COVID-19 continues to spread easily and widely. It is a warning that everyone at every age shares the risk of infection, just as all of us have the ability to reduce the risk through the actions and choices we take in the next several weeks.”

She explained that although cases are trending “upward” in Toronto, today’s numbers are likely infections acquired prior to November 23 when Ontario moved the city and Peel Region into lockdown.

De Villa also broke down how people in Toronto are getting COVID-19.

Based on data analysis from Toronto Public Health’s newly launched Source of Infection Survey, one in five Torontonians (21 per cent of responding COVID-19 cases) said they had people visit their home or went inside someone else’s home where there were 10 people or less during the period they contracted the virus.

“In total, 35 per cent of cases reporting close contact indicated that their close contact with known cases were only non-household contacts,” de Villa said. “This underscores guidance to keep contact within your household.”

Public health officials have advised people to limit contacts to people within their households in recent weeks.

In the past 24 hours, 13 more people in Toronto have been admitted to hospital, de Villa said. The total number of COVID-19 patients in Toronto hospitals is 258 and there are 49 people in intensive care – up by one since Monday.

As of December 1, Toronto’s moving seven-day average for new cases is 454.