Hidden Toronto: the end of Jim Addisons temple of treasures

It was a mad, sad weekend when the vast trove of treasures found by the late Jim Addison was auctioned. 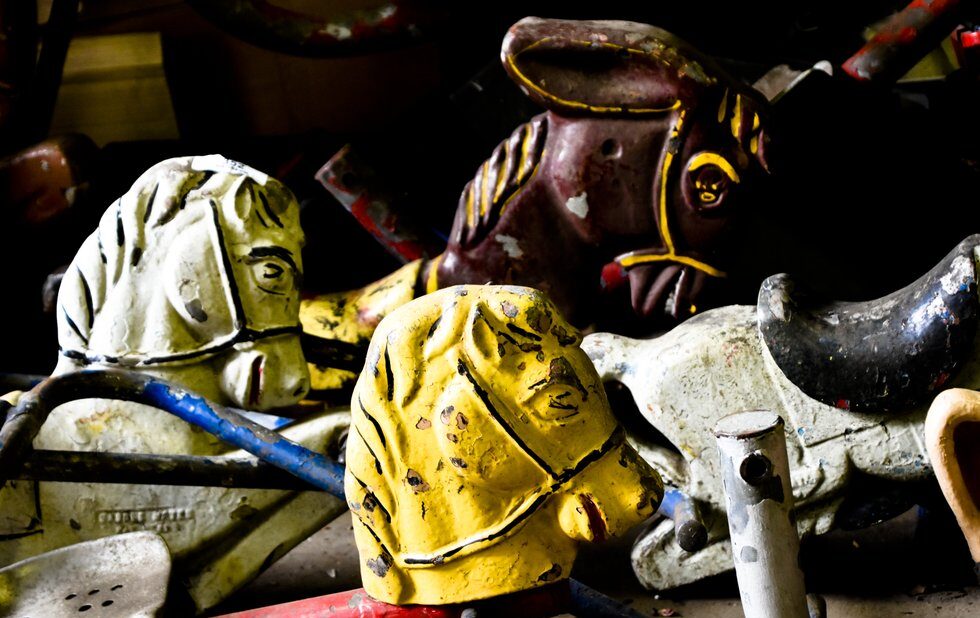 It was a mad, sad weekend when the vast trove of treasures found by the late Jim Addison was auctioned off to a crowd of collectors gathered at his antique warehouse on Wabash March 23 and 24.

There were ornate Victorian-era radiators (one with a neat little nook to keep your tea and crumpets warm) a cell from the Don Jail with stainless steel wash basin and toilet two dentists chairs (one of them a prop for the movie Kill Joy) kitchen stoves in styles from cast-iron to streamlined moderne and hard-to-identify objects that included a sock-knitting machine from the factory next door thats now demolished and on its way to becoming a condo.

But the object that intrigued me most was the neon sign of the Canary Restaurant that used to hang outside that marvellous greasy spoon at the corner of Cherry and Front. That was the yellow bird that first brought me to Addisons two years ago.

Its hand-painted lettering is weather-beaten, its neon tubes are broken and its otherwise intact canary has flown. It left its perch about a year ago, but that didnt stop Mark Garner, COO of Downtown Yonge BIA, from bidding on the sign. Hes added it to the collection hell be turning into a Toronto neon museum. Hes looking for the bird. If he cannot bring it back to its home of more than 50 years, he says he plans to have it reproduced by a local restorer.

Its a wonderful sign, equal to the discs of Sam the Record Man that are spinning again over its new home high above Yonge-Dundas Square, the recently restored El Mocambo palm tree and the Silver Dollar sign that will eventually be returned to shine where it belongs, outside one of the citys great music venues.

As so much of Torontos neon is lost in the flattening of the citys cultural underbelly that it will be good to see the landmarks ablaze again with the best of the bright lights that remain.

The same, unfortunately, cannot be said for Addisons Inc.

With the emptying of his treasure palace we are reminded again that Toronto is a fragment of a globalizing post-industrial world with soaring property taxes and rents, and too little accommodation for artists and craft workers or for businesses like Addisons. Like everywhere in downtown and near-downtown, Wabash and its neighbourhood are gentrifying fast.

When Addison died in 2017, his four daughters (Teresa, Pamela, Cora and Becky) tried to keep his antique warehouse business going. Murdoch Mysteries, Alias Grace, Suits, Hannibal, The Shape Of Water all looked better with props that were rented from Addisons. But pressure to sell the building was intense.

At the end of Wabash overlooking the tracks, what used to be the Canadian Linseed Oil Mill is set to become a community centre. North of Dundas, the Tower Automotive Building, emptied of the artists who used to live and work there, is now Torontos Museum of Contemporary Art. (Joke question: Is the art inside as good as the graffiti that was removed when the building was cleaned up?)

The factory to the south of Tower Automotive that was once T. A. Lytle Co., manufacturer of pickles, catsup and fountain supplies, is now home to the House of Anansi Press, Henderson Brewery and the Drake Commissary. A bit further east, the Canadian General Electric Plant is now the Toronto branch of French video game maker Ubisoft.

Addisons temple of treasures is empty now of all but its rejected content, which will be melted as scrap or dumped into landfill. The building will likely be demolished and Toronto will suffer one more of the thousand cuts that are turning it into a less interesting city.

Here are creative ways to support local businesses during the pandemic