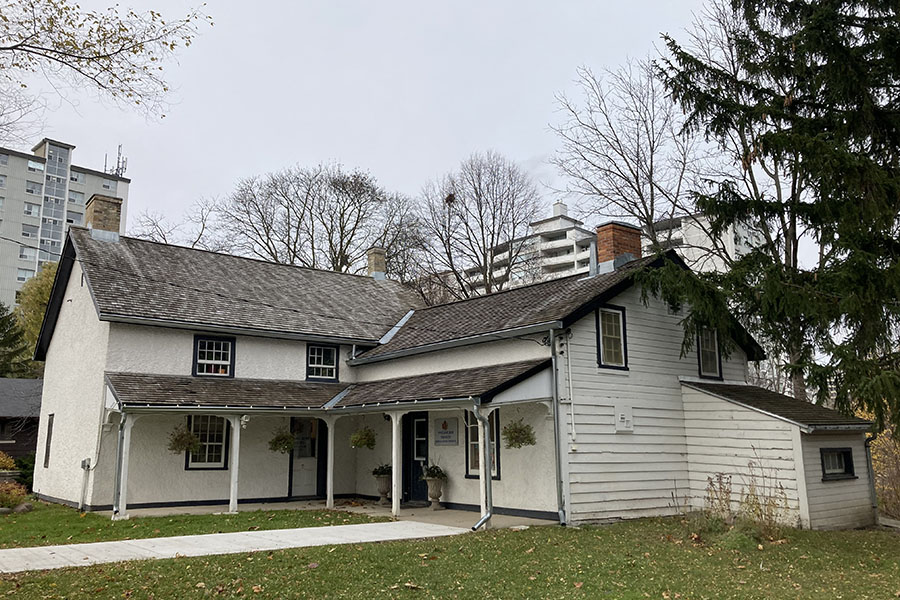 It’s a short jaunt from the white apartment towers of Bathurst and Sheppard to the oldest house in North York.

There, tucked on the edge of an old western branch of the Don River, John Bales House sits on the same plot of land it occupied when it was built in 1824.

Back then, the one-and-a-half-storey log structure looked over a 24-hectare farm.

Bales was born in Yorkshire, England, and settled in the area with his wife, Elizabeth. The farmstead included a barn and would grow to include an orchard.

The couple were married by the first Anglican Bishop of Upper Canada, John Strachan, which suggests they were a couple of some prominence. But there’s little else is the city’s historical record about Bales.

After operating as a farm for more than half a century – the Bales family sold the land in 1887 – the land was purchased by the York Downs Golf and Country Club in 1922. At the time it was one of two prestigious golf courses in old Toronto. The other was in present-day Mississauga. Its first official match in 1923 was an exhibition involving Olympic gold medalist George S. Lyon.

The club operated a 27-hole golf course on the property converting John Bales’s house into a residence for the greenskeeper.

York Downs attracted golfers for more than four decades before the area around it began to undergo massive post-war redevelopment in the 50s and 60s. The land would be sold and the club moved further north to Unionville in 1969, opening a huge swath of what was then West Lansing to possible development.

Plans for large towers were already popping up on nearby Sheppard and along Bathurst. But public outcry would end up saving the area from redevelopment. An additional 25 hectares would be added to the original Bales spread for the establishment of Earl Bales Park in 1975.

That would be John Bales’s great-grandson, Robert Earl Bales, who served as Reeve of North York Township from 1934-1940.

Today, the popular park is home to an amphitheatre, bike trails and an alpine ski hill. The city-run Don Valley golf course operates on lands just south of the park close to Hogg’s Hollow in York Mills.

The original hand pump used to draw water from the well on Bales’s farm still forms part of the site. A small memorial for Second World War vets occupies part of the south lawn. The wooded area behind the house running down to the river is known to be a resting place for large birds including American kestrels. Rising up above the trees across the valley, the apartment complexes on Sheppard are a reminder of what could have been had the area not been preserved as greenspace.