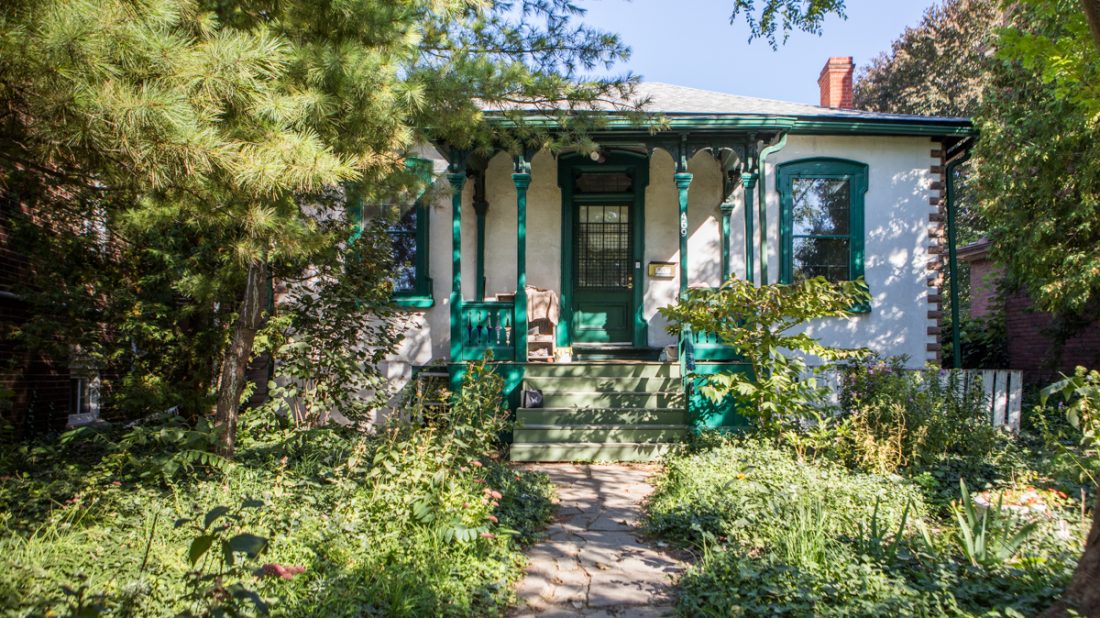 Most stories about John Cox cottage – or John Cox house as it’s sometimes referred to – begin with the fact it’s the oldest residence in the city that’s still occupied.

It’s not clear when it was built but most historical records put the date around 1795. At the time, most of the barracks that would form Fort York had yet to be built. And the area known today as Riverdale was a forested expanse with the Don roaring past.

“Captain” Cox, the cottage’s namesake, was a former British soldier and United Empire Loyalist, part of the contingent of colonists loyal to the Crown who streamed into Upper Canada following the American Revolutionary War.

Cox’s property was one of the first plots parcelled off by Lieutenant Governor John Graves Simcoe as part of a land-granting system to see that York developed into a settlement and not just a government outpost where land speculation ran rampant.

Cox’s house sat on some 100 hectares – one of several tracts of similar size that stretched from present-day Danforth to Lake Ontario – and that were being settled mostly by families arriving from England to Upper Canada. Most were farmers.

Not much is known about Cox compared to other historical figures of the time, but unlike the gentry and other men of privilege afforded prominence through Simcoe’s land-granting system, Cox was a man of modest means – a shopkeeper.

After his death in 1807 his widow, Mary, sold the cottage to the Kuchs (also spelled Kuck) whose patriarch was a chemist. From there, and with the War of 1812 with the Americans just around the corner, the cottage named for Cox would go on to play a small part in a treasonous bit of old Toronto lore.

The Kuchs were among the families settling into Riverdale at the time. Among them were the Browns, who occupied the tract next to the Cox’s.

The Kuchs owned an inn. The Browns had a daughter named Catherine who would marry one Valentine Efnor. They had a child together but according to York U researcher and genealogist Guylaine Petrin, they would separate.

As Petrin related in a presentation to the Riverdale Historical Society some years back, Catherine would go on to “befriend” the local constable Joseph Farnum and have two children with him before the end of the war, which is also coincidentally around the time Catherine’s parents would die – leaving the question of ownership of their property in legal limbo. Being a woman, Catherine’s legal right to the estate was an open question at the time. Her claim to the property would be made more complicated when Efnor, to whom she was still legally married, returned on the scene after the war.

Catherine’s brother Matthias reportedly shooed him away and Efnor was never heard from again. But it turns out that both Matthias and Farnum had a secret – they had deserted the British army to secretly fight as part of a militia for the Americans during the war.

Upon his return, Matthias reportedly hid out in John Cox cottage, which by then was passed on to Mary Kuch, who had been widowed in 1812. There’s some evidence to suggest that the two had been lovers before the war. But it would only be a matter of time before Matthias’s betrayal would be discovered.

Matthias would be jailed for treason in 1815, only he somehow managed to escape. Kuch would have her innkeeper’s licence revoked as punishment.

Catherine, meanwhile, would go on to live until the age of 99, reportedly fighting several lawsuits to gain possession of her parents’ home.

By the mid-1800s, the original log house was enlarged into a Regency Cottage. An addition and decorative detailing added later on were designed by noted Toronto architect Edward Langley whose wife Lucy Smith owned the property. Victorian stylings were added but the house, like the Riverdale neighbourhood, would fall on hard times after the Second World War until it was bought in the early 1990s and renovated by William Gilpin. The original wood shingle roof and most of the log wall have been covered over by successive renovations. And there’s no customary plaque to mark its place in old Toronto history. The facade, meanwhile, is obscured by trees and an overgrown garden.