Long before pollution-spewing autos, private interests were charging locals tolls to use roads in Upper Canada - sometimes with violent consequences 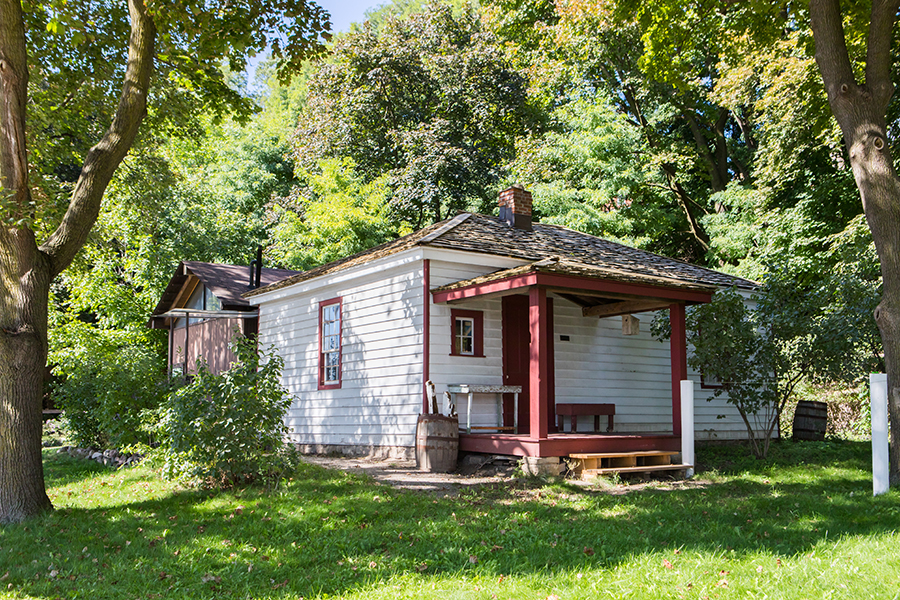 Tollkeeper’s Park on the northwest corner of Bathurst and Davenport

Back when present-day Davenport Road was a fur trading route that snaked along the shoreline of ancient Lake Iroquois, it ran from Niagara clear across to Montreal.

As European settlers began arriving in the late 1700s, the trail was slowly converted into a road like other trading routes that criss-crossed Tkaranto – the Mohawk name York was known by before the establishment of Upper Canada.

By the 1830s, York was well on its way to becoming a centre of commerce and a road network was needed to support the movement of goods and services. The government, in its wisdom, decided to contract private companies to build a system of roads that would lay the groundwork for a growing town.

But the companies were not only contracted to build the roads; they were also charged with maintaining them. To do that, they charged tolls. Uh huh.

Long before the pollution-spewing automobile would cause modern urban planners to propose tolls to mitigate the effects of climate change, private interests were charging for use of the earliest roads built in Upper Canada.

Only, in the case of Upper Canada that had more to do with the fact that the colony didn’t have the financial wherewithal to build roads. But the tolls were also a way for friends of the Family Compact to make a killing on the backs of farmers and working folk. Vaughan, Poplar Plains, Pottery and Don Mills were among some of the earliest toll roads.

In Muddy York in 1851 the cost for use of toll roads was 6 pence for every vehicle “drawn by two horses or other cattle.” It was 2 pence for “every additional horse of beast… ass or mule.” The contractors set up tollgates to collect the money. Along Davenport alone there were five tollgates between the Humber and the Don rivers.

The toll set up near present-day Bathurst and Davenport, then known as Cruickshank’s Lane, was one of the most important. It included a cottage for the tollkeeper and his family. It was built with two-inch thick by 30-inch wide planks.

One of the earliest maps of the Davenport trail was drawn on birch bark in 1796 by Elizabeth Simcoe, wife of Lieutenant-Governor John Graves Simcoe. The map sits in the British Museum today.

Elizabeth was a painter of some note. The section of Davenport running through York was known as the New Road to Niagara or the Plank Road as well as Bull’s Road, after the name of a family with property along the route. The name Davenport was given to the road in 1797 after the first house built on the escarpment overlooking the lake.

The practice of tolling roads was widely unpopular. Torontonians were known for trying to avoid the tolls, even going as far as to whip their horses to high speed in an effort to blow past the gatekeepers.

Fights were not uncommon. Merchants venturing from outside the city to trade their wares at the St. Lawrence Market began to complain loudly that the tolls were getting in the way of the commerce of a growing city. The tolls would eventually be banned in 1895 in the face of widespread public anger and resentment. The ruling classes at the time didn’t want to see the tolls become a flashpoint for riots, as they had become in the UK.

The tollkeeper’s cottage at Davenport and Bathurst would outlive its usefulness and be moved a few blocks east to become a permanent residence on present-day Howland. When redevelopment of the area threatened demolition of the building almost 100 years later, an effort by the Community History Project, an offshoot of the Toronto Historical Association, to save the cottage was born.

CHP bought the building for $1 from the developer who agreed to delay construction for 30 days while arrangements were made to move the building to a safe location.

The CHP began raising money to preserve the landmark. It would prove an arduous process. The TTC agreed to store the building at its Wychwood Barns site in 1995. But it would be almost another decade before the cottage would be returned near to its original resting spot at Tollkeeper’s Park on the northwest corner of Bathurst and Davenport.

It was officially opened as a museum on July 1, 2008 with the help of donations from the Ontario Trillium Foundation and more than 500 individuals, organizations and companies. As for the issue of road tolls, it too has seemingly been put to rest.