With rebellion fomenting in Upper Canada, there was deep suspicion of potential sympathizers to the cause, including Toronto's postmaster 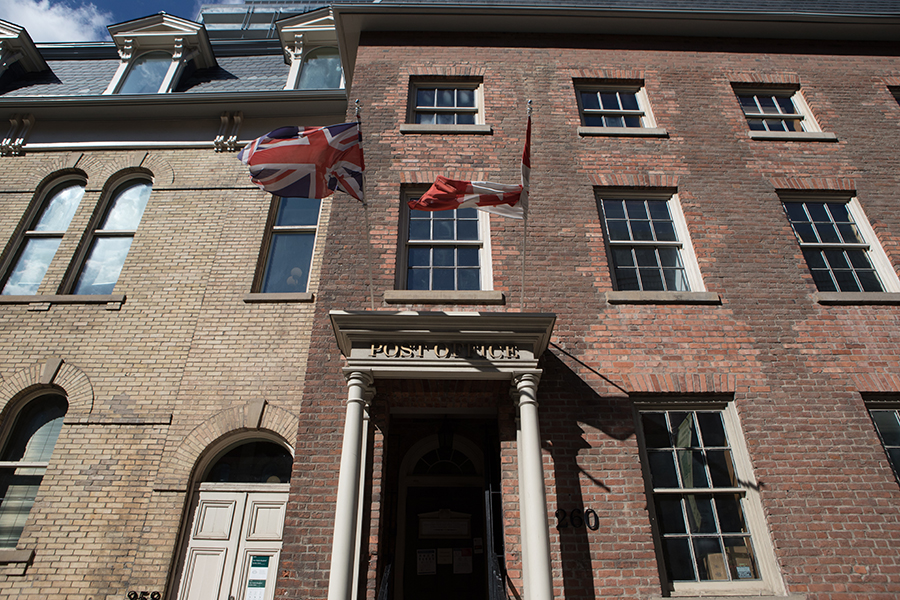 Toronto’s First Post Office (also known as York’s fourth post office) is not actually Toronto’s first post office. It’s the first post office that opened after Toronto was incorporated in 1834. Only, it wasn’t operational until 1836. And city records suggest a second post office was already in use. It’s a wonder anyone got mail.

But the National Historic Site on Adelaide is an important landmark for more than just its Georgian stylings and the fact it’s the longest-serving purpose-built post office in the land. Its place in old Toronto history is particularly noteworthy for its second postmaster, James Scott Howard.

Howard was appointed postmaster in Upper Canada in 1828. He had only arrived in the colony from Ireland via New Brunswick a few years earlier. It was a prestigious job that only members of the Family Compact were accorded.

For his station in life, Howard had his father-in-law Archibald McLean to thank. McLean was a lawyer and influential member of the Legislative Assembly of Upper Canada. He would go on to become a judge.

But with rebellion fomenting against the autocratic rule of the Compact, there was deep suspicion in the colonies of any and all potential sympathizers with the cause of William Lyon Mackenzie. Being Irish and Methodist in very Anglo Upper Canada – not to mention, politically neutral – made Howard’s allegiance to the British monarchy the subject of some scrutiny.

That became more so after he was offered the job of Post Office Surveyor of Upper Canada and declined the position.

It was apparently enough for the colony’s rulers that Howard had allegedly been seen associating with “those people” known as Mackenzie’s rebels.

But Howard was no ally of Mackenzie, who would lead the rebels in armed revolt down Yonge Street in 1837. In fact, Howard’s house was sacked by Mackenzie and his rebels. Howard’s wife would be terrorized and food and other provisions taken by Mackenzie’s men. Perhaps Mackenzie was sending a message to Howard’s father-in-law, who commanded the militia against him. They also tried to rob the nearby Bank of Upper Canada of its gold.

Still, Howard would be removed from his post by Lieutenant Governor Francis Bond Head following the uprising.

According to the Dictionary of Canadian Biography, Howard would learn from Thomas Stayner in January 1838 that Head suspected him “of compliance with the aims and plans of the rebels.”

In February 1838, Howard appealed to Lord Glenelg, the British colonial secretary, whose report acknowledged Howard’s political neutrality. Howard was removed from his position anyway, losing his home and farm in the process.

Howard’s biography notes that “Ultimately, the shadowy prejudices and self-interest of the ruling colonial elite, the Family Compact, conspired to deny justice to a man not part of the in-crowd.”

Howard fought to clear his name and would eventually be vindicated when he was granted a position as treasurer of the Home District in 1842, subsequently rising to the treasurer of the counties of York and Peel. He was later named to the General Board of Education, all positions he held until his death in 1866.

Toronto’s First Post Office, meanwhile, would be largely forgotten to history, going on to become used as a school before being bought by the United Farmers Cooperative in 1925, which used the building as a warehouse for cold storage until the mid-1950s.

It wasn’t until the building was bought by private interests in 1980 that its history was rediscovered and it was designated a National Historic Site. It would be reopened a few years later as a museum.

Toronto’s First Post Office is operated today by the Town of York Historical Society, recapturing some of its past glory providing mail service for Canada Post.