Behind the names on The Soldier by sculptor George W. Hill and broken H by Harbord alumnus Morton Katz are amazing stories of two terrible wars 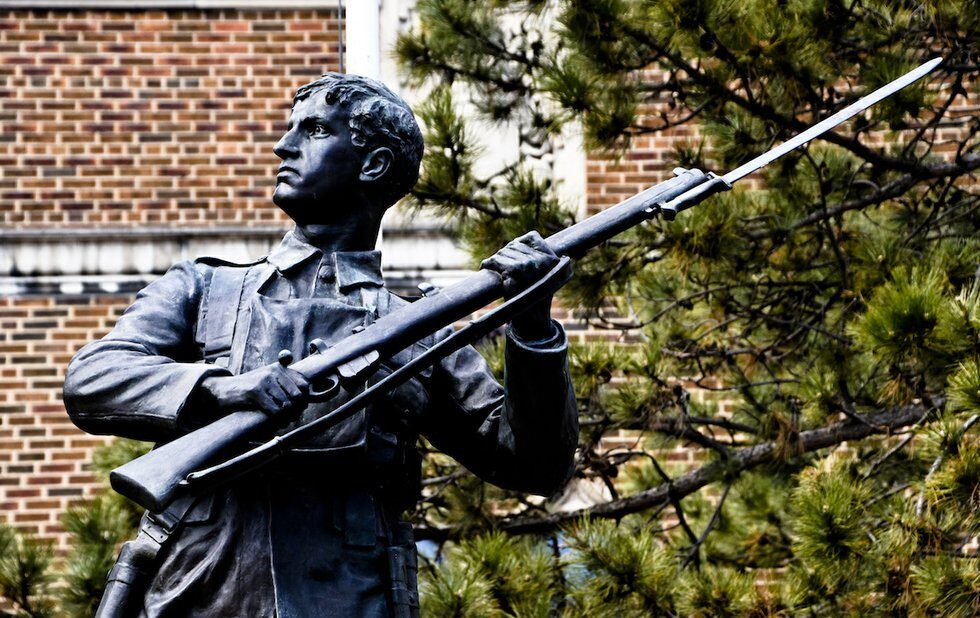 The Soldier by George W. Hill.

At Harbord Collegiate Institute, The Soldier, by sculptor George W. Hill, was dedicated in 1921 to honour “These former pupils who died for humanity in the Great War of 1914-1919.”

Steps to the east is a very different memorial, sleek stainless steel in the form of a broken H, by Harbord alumnus Morton Katz. Unveiled in 2007, it reads: “To the boys of H.C.I., whose futures were taken in the Second World War, whose memories will be forever in Canada’s heart, this monument is dedicated.”

There are 52 names on the World War II memorial, more than half of them Jewish. There are 78 names on The Soldier, two of them of women. Hidden behind those names are amazing stories that have been researched by members of the Harbord Collegiate History Club. 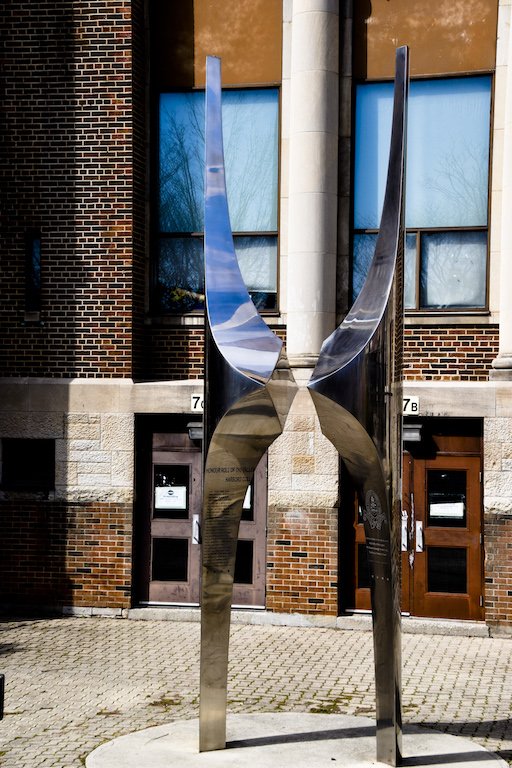 Among those names is Lieutenant Daniel Galer Hagarty, the son of Harbord principal Edward William Hagarty, who toured Toronto high schools urging boys to join his “liquorless battalion,” (in some cases with little regard for their age) until he lost his own son.

Daniel Hagarty was a student of civil engineering at the University of Toronto when he enlisted to fight at age 21 on May 13, 1915. He was killed at Sanctuary Wood, east of Ypres, Belgium, on June 2, 1916, while commanding No. 7 Platoon of the 2nd University Company of Princess Patricia’s Light Infantry. Only three of Hagarty’s platoon came out alive.

Private Lawrence Barclay Ramsay was 20 when he was killed by shellfire in August 1918 at the beginning of the “100 Days” that ended the First World War. His best friend found a letter to his parents hidden in his helmet. It begged them not to “grieve too much” or “lose heart” but to take care of his young sisters, who will need their best of care if they lose their “big brother” in that “far off battle-field in France.”

November 11 this year marks the centenary of the end of the First World War. The youngest of the men and women who served during the Second World War that ended in 1945 are now nearing 90. Even the children who can remember that conflict are growing old.

Watch this space in the coming weeks for more on Toronto’s best-kept secret places and spaces in the lead-up to our third annual Hidden Toronto issue July 26.