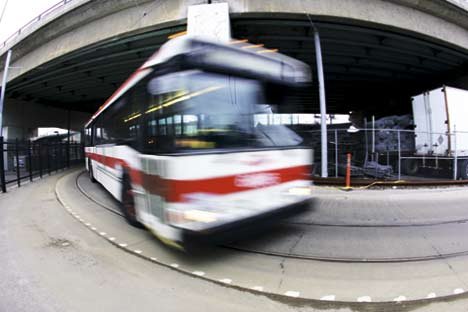 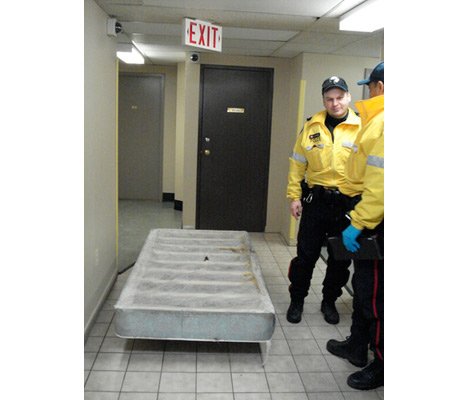 Okra from the southern U.S., eggplant from California and callaloo, a leafy green considered a weed here, from Jamaica: sounds about right for a decently stocked specialty supermarket if you assume it’s not possible to grow these and many other in-demand ethnic foods in Ontario. 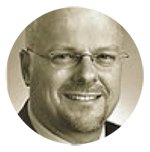 Of course, we can harvest them here, and Anan Lololi, executive director of the Lawrence Heights-based Afri-Can FoodBasket, has spent over a decade trying to make it happen.

The busy food lovers at the Basket are organizing locals to get their hands dirty in community gardens in Jane-Finch, St. James Town, Lawrence Heights and Mount Dennis – Toronto’s largest urban agriculture operation.

Feeding off that, the FoodBasket is also planning a new season of crops on conservation lands outside Brampton leased to FarmStart, a Guelph non-profit that aims to open farming to new Canadians.

This countrified project is intended to show Ontario farmers who’ve yet to come to terms with diversity developments in the GTA that ethnic foods don’t have to be niche items flown in from overseas. Many of these foods can grow happily here, and Lololi is proving it.

Plus, the veggies harvested will be added to the FoodShare-like baskets that go out to seniors, single moms and others in priority communities.

“We have good sun, water and seeds, so you can get the same type of crop” as those jetted-in edibles, he says. “The food tastes just as sweet.”

Anan Lololi outlines how the Afri-can FoodBasket has adapted its mandate to grow ethnic plants on local farms. 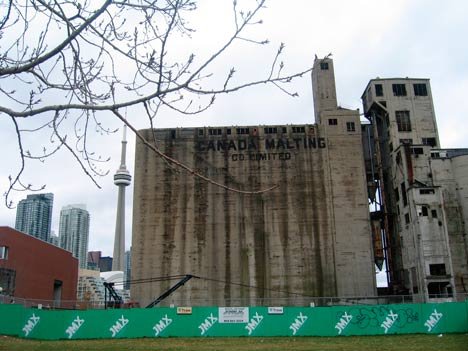 It just didn’t feel right. Nguyen’s lived steps from the intersection since childhood, and he was sure there was more to say. The result was JaneFinch.com, a kind of mixed-media broadcasting operation that gets 10,000 visits a day and features local news-gathering, real-life stories and promo rap videos by residents who need the exposure.

“When you’re a kid in Jane-Finch, you’re not aware of the bad reputation,” says Nguyen. He got hooked on documenting the ‘hood back in his early teens, along with the site’s co-creator, Mark Simms. The two started making videos, crude recordings of friends goofing off, taking trips to malls and Black Creek and watching the world from the rooftops.

Then they handed out their VHS videos around the neighbourhood like mixtapes and started to realize the importance of relaying the authentic Jane and Finch. “As you get older, you see people are afraid of this place, and you want to change perceptions,” Nguyen says. “We took it upon ourselves to do that.”

Forget the local councillor’s effort to reimagine the area as University Heights. This crew, with their own funds, eager volunteers and the occasional check that comes with instructions to “use this to help people,” is busy rebranding the area as bustling, creative and self-reflective.

But don’t think the site tries to deny the area has problems. Nguyen recalls filming something when a stranger walked by and flashed a sawed-off shotgun Simms had a gun pulled on him in a case of mistaken identity. To keep it real, the Jane-Finch.com team is planning to incorporate some hardcore issues in new projects planned for this year.

“One is about what to do when the police pull you over,” says Nguyen, who says he’s had his fair share of random road stoppages. “It’s more of an educational piece, with our usual spin to keep the kids interested.”

Another plan is to recreate MTV Cribs, a show that documents lavish celebrity homes, with a Jane-Finch flavour. Nguyen explains, “We want to show the rundown conditions in a comical way, but also have the important social commentary.” 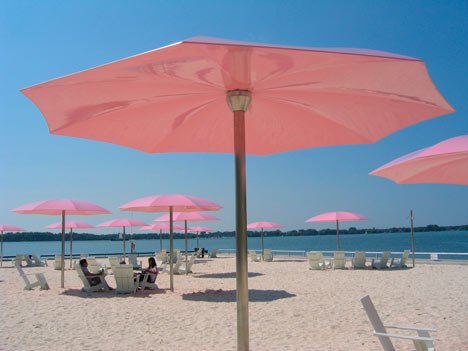 There’s a whole lot of hip-hop in the hipster heart of Toronto. Just check out the frenetic Remix Project in its Sudbury Street warehouse near Queen West.

Walking down the hall in the 4,800-square-foot space, I pass room after room of headphoned aspiring

What are they remixing? “Social thought,” responds Gavin Sheppard, who directs the cultural incubator, which began in a south Etobicoke community centre basement.

Originally called I.C. Visions, the project was created in 2000 by then 17-year-old Sheppard and Derek Jankar. “We had turntables for public use, open mics, MC battles and barbecues,” says Sheppard. “Winning rap battles was great, but nobody knew where to take it next.”

Enter Kehinde Bah, who in 2005 was on the mayor’s community safety panel. Bah saw I.C. Visions’ potential to recreate the Fresh Arts Program of Bob Rae’s 1993 Jobs Ontario Youth, which gave us Kardinal Offishall, Saukrates, Jully Black and Little X. That initiative was part of the NDP response to 1992’s black youth riots.

Remix, now backed by the Mayor’s Panel on Community Safety, the National Crime Prevention Centre, the United Way and more, taps into that experience, offering internship placements and scholarships and a chance at radio hits for its 30-at-a time participants.

Sheppard points to Obie, aka Mohanza Kelly, as a winning example. “He joined the program, recorded a demo, got a Factor grant and was mentored by the bass player from Bedouin Soundclash, who brought him on the road to sing background vocals. It took off for him.”

Big stuff’s also happened for the group: a year ago, Governor General Michaëlle Jean stopped by to record a track, and Remix was recognized by the United Nations for successes in urban safety and crime prevention.

It’s not all rosy, though the project just found out its offices will be falling victim to the monster ravaging their Queen West neighbourhood. Yes, condos – in this case the Bohemian Embassy, part 2. The group has to be out by August 31, so if you happen to have 5,000 square feet of spare space, Remix is listening. 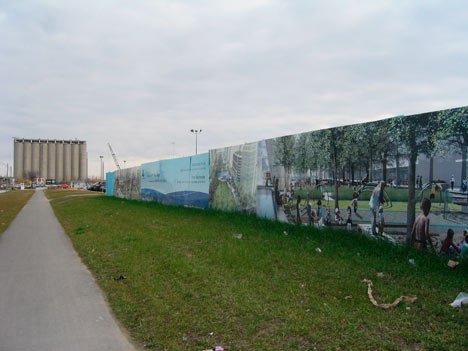 “I wanted to build a community that didn’t yet exist,” says ahdri zhina mandiela, artistic director of theatre company b current. We’re standing in the newly opened Wychwood Barns, home of the non-profit ensemble.

Behind us, actors in stocking feet are reading scripts, hitting stage marks and refining performances for the opening of Wise.Woman (a reworking of Wise Woman Of Abyssinia) being staged at the Theatre Centre February 20 to March 8.

It’s a play by Rebecca Fisseha, who journeyed into her own Ethiopian roots while training with b current over the last three years. The group nurtures young black artists, and presenting Fisseha’s story is part of the greater mandate of b current: preserving ancestry, the importance of visiting roots and passing on what you’ve learned.

“She delved into her cultural background to make sense of the world she’s in right now,” explains mandiela, who’s directing the production. It’s a tale of juxtaposition, she says. “It’s about a young Canadian woman going back to Ethiopia and holding onto herself by marrying her childhood sweetheart.”

Mandiela formed b current 18 years ago to see performances like this come to life. She wanted to reconnect black youth, especially women, to their heritage, but also to guide emerging artists in the black diaspora.

Within b current she formed a training program called rAiz’n the sun. “That heightened our profile,” says mandiela. “We pull in a host of black artists, actors, directors, voice teachers and movement people to mentor and pass on the legacy to the younger folks.”

It’s one thing to train, grow, build on talents, but you also need an outlet – a place to hatch incubated efforts and share material. So in early 2002, mandiela launched the rock.paper.sistahz festival.

“It was a way of branding some of the work we do,” she explains. “It puts new work in context and gives it flair.”

The festival draws submissions from local and international acts and brings in actors, designers, musicians and visual artists, all while remembering to stick to its black diaspora currency. Call it legacy theatrics.

On the outside, 600 Dundas East doesn’t look very different from its boxy Regent Park neighbours. Well, it does have a peeling two-storey photo of a girl pasted to its side – a relic of Luminato – but otherwise the building is quite ordinary.

What makes this address special is what you find when you descend into the basement to the Regent Park Focus Youth Media Arts Center. Focus, set up by the Ontario government in 1990 to promote health in this vulnerable community, has definitely evolved along its own unique path.

I visit Focus on a Tuesday night as teens from the area prepare to go on air. No, they don’t go all gossip girl, but instead give their unique perspective on Barack Obama, the shutdown of Guantánamo and Omar Khadr’s ordeal.

In a nearby room someone is editing a video for Regent Park TV (RPTV), also housed in this subterranean studio. The Internet-based station communicates Regent Park’s issues and experiences directly, not from the distance of an outsider looking in. The broadcasts tell personal stories, convey youth-created public service announcements on, say, smoking or sex, and ultimately give an area that can’t get a fair shake from the media an accessible outlet.

Huggins says future plans include building a full-fledged television station as part of Regent Park’s ongoing redevelopment that would broadcast into homes in the neighbourhood.

“RPTV is planning to produce four hours of programming daily in the first year, which should start in fall 2010,” he says, clearly excited. But he suddenly turns a little sombre: “At this point our money ends on March 31, and the ministry hasn’t decided if it’s going to keep funding us.”

You know what to do.