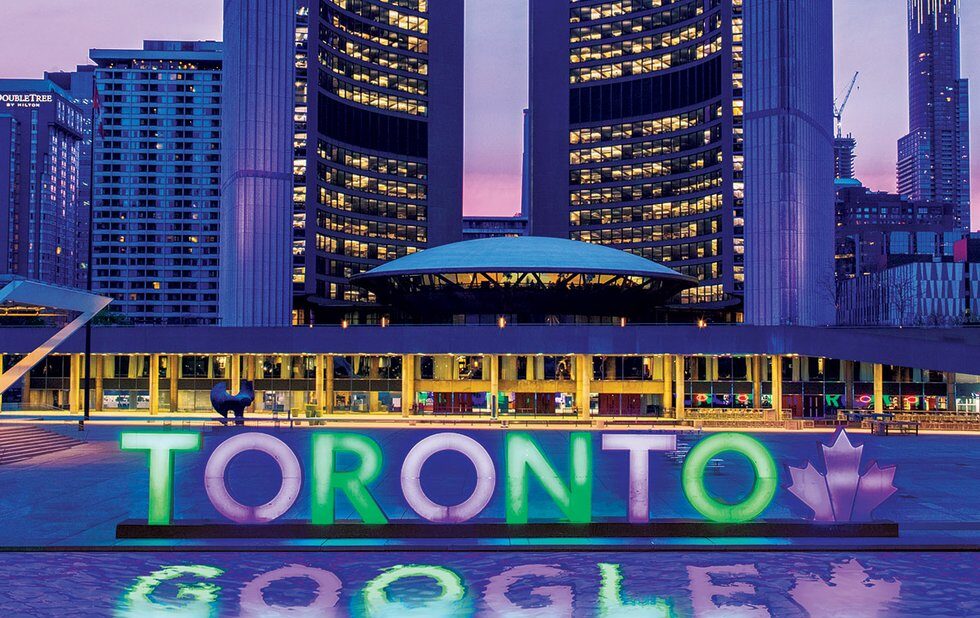 Toronto is having a special moment. Toronto is a global technology powerhouse. Toronto has created more jobs in tech in the last year than New York City and San Francisco’s Silicon Valley combined.

These are phrases familiar to anyone in this city’s technology sector, which came together for a massive celebration and marketing bonanza at the recent Elevate Tech Fest, billed by organizers as “Canada’s Tech Week.”

The event, which featured the theatre of a choreographed stock market countdown, provided a space for the tech sector to demonstrate its contributions to the city.

But as excited industry types in hoodies and suits took selfies and exchanged LinkedIn profiles, I couldn’t help but think about some of the other ways Toronto is having a special moment.

Toronto is the child poverty capital of Canada. Housing costs are off the charts and the city is more segregated by race and income than it has ever been. That’s all before we consider the ongoing train wreck of a municipal election that is likely to reinforce political representation as the domain of an elite (mostly white) minority.

The tech sector plays a critical role in our city’s economic development. It relies on urban entrepreneurialism, creative class rhetoric and a manufactured global-city image to draw in workers and consumers, boost real estate values and attract corporate investment.

Global cities shaped by and dependent on financial and technology industries have long been noted for developing an hourglass labour market dominated at the top by high-income knowledge workers and the bottom by low-income service workers. This is also true here, where the number of working poor has increased steadily over the last decade. This Manhattanization of Toronto is increasingly defined by skin colour and immigration status.

Elevate Tech Fest illustrated these links in what the gathering chose to celebrate and what it ignored. The almost total lack of recognition of issues like racism, the opioid crisis, homelessness and the democratic deficit was troubling.

Toronto’s tech community has actively tried to build a brand as a more inclusive and diverse alternative to Silicon Valley, where the racial gap in the industry is pronounced.

In the wake of the xenophobia seen in the U.S. presidential election, exemplified by travel bans, we offered a welcome home for tech talent. And plenty of people in the sector have championed efforts to make it more inclusive, such as Ladies Learning Code and #a11yTO.

But diversity and inclusion within the industry are more buzzwords than reality. A recent report by MaRS Discovery District revealed that women and Indigenous people are dramatically under-represented and, along with racialized people, are paid substantially less than white, non-Indigenous, cisgender and male colleagues. The income gap in tech is actually larger than non-tech occupations. The city’s tech sector is actively perpetuating discrimination.

With high ticket prices representing its most obvious barrier, the only part of Elevate that directly addressed deeper challenges within and without the industry was Elevate Social Impact, which was funded by the city of Toronto. It was also the only event that was free to attend and fully accessible.

The majority of speakers across all three days represented reliable markers of privilege in terms of class, gender and race.

When Toronto’s exclusions were mentioned, they only seemed to serve as opportunities to push the city as a kinder, gentler version of Silicon Valley. At no time was this illustrated more starkly than when multi-billionaire Galen G. Weston paced the stage energetically to talk about how Loblaw is championing health and sustainability, absent any acknowledgement of the company’s decades-long price-fixing scam on bread.

Later in the day, former U.S. vice-president-turned-environmentalist Al Gore and former Google executive chair Eric Schmidt pulled off the impressive move of talking about climate change for nearly an hour without once mentioning Indigenous people or fights for climate justice across Turtle Island.

The sobering reality that Toronto is attracting buzz not only for the quality of its innovations, but also for the relatively low wages paid to its tech workers. We achieve our impressive job creation numbers partially by underpaying local talent, which BNN Bloomberg host Amanda Lang brilliantly pointed out in a conversation with Schmidt.

Some may argue that Elevate was not the place or time to acknowledge our many challenges. That this was a chance for Toronto to put its best face forward in order to continue attracting more investment to fuel even more growth and job creation that could then trickle down to the masses.

The problem is that this model of economic development has demonstrated over and over again that it accelerates inequality – and that trickle-down prosperity is a myth.

If Toronto and its tech superstars are truly honest about their intentions to be more inclusive, they must be more ready to confront the widespread and outrageous social exclusion that plays out on its streets every day.

Nabeel Ahmed is a researcher on smart cities and recently graduated with a master’s in urban planning from York University.