Prosecutors have been ordered to no longer pursue charges in cases where a person has maintained a suppressed viral load or used condoms during sex, but it's unclear if provinces will follow suit 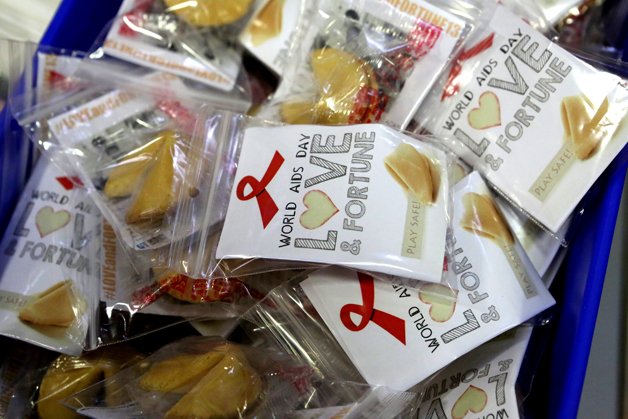 On World AIDS Day (December 1), Jody Wilson-Raybould, the Minister of Justice and Attorney General of Canada, announced a new directive, which came into effect December 8, to help limit unjust prosecutions of people living with HIV.

It’s a significant first step in finally helping to curb a pattern in pursuing criminal charges of HIV non-disclosure against people living with HIV.

The directive aligns with the latest scientific evidence on HIV, which holds the virus is no longer transmittable when someone is on effective treatment.

Under the new directive, federal prosecutors will no longer pursue charges in cases of HIV non-disclosure where a person has maintained a suppressed viral load for more than six months (under 200 copies of the virus per millilitre of blood). The directive also orders that charges of non-disclosure “generally” not be pursued when a person only engaged in oral sex, when condoms were used during sex, or when a person was taking treatment prescribed by their doctor.

Over the past two years, I have interviewed people across the country who have been charged and prosecuted due to HIV non-disclosure for my PhD. None of the people I talked to would have been charged had this new directive been in place.

The idea that there are malicious perpetrators out there trying to infect their sex partners with HIV is a flat-out myth. It has created a stigma surrounding people living with HIV that is in some ways more damaging than the virus itself.

None of the people I interviewed intended to harm their partners. Often, they took precautions to protect them from the rare chance of potential transmission, such as taking anti-HIV medications or using condoms.

Yet they were still charged, all of them with aggravated sexual assault – one of the harshest charges in the Criminal Code – which comes with a maximum sentence of life imprisonment and mandatory inclusion in the sex offender registry.

The standard set by the Supreme Court of Canada in 2012 made it illegal for a person to keep their HIV-positive status from a partner in cases where there was a “significant risk of transmission.” The court interpreted this to mean any case except those where the person involved had a suppressed viral load and used a condom. Prosecutors could successfully argue a case by just proving a person did not tell their partner that they had HIV.

The interpretation of the ruling was broad and meant people were sent to jail in cases where they had done nothing wrong, and in some cases where they had been wronged themselves. Many of the women prosecuted, for example, had also previously been victims of sexual assault.

The new directive aims to remedy the harms of the Supreme Court, seeking to better understand and consider the complex social context surrounding many cases.

The directive is one step in an ongoing reform effort called for by the Canadian Coalition to Reform HIV Criminalization, a group of lawyers, health care experts and people living with HIV. After a Canada-wide consultation, the group outlined a set recommendations, including reforms to the Criminal Code to ensure the laws of sexual assault can no longer be used in cases of HIV non-disclosure.

But while the directive is welcome, it’s a band-aid on a systemic problem that originates in how the Criminal Code itself is interpreted. Additionally, the directive only applies to new cases. We need to undo the harms caused by the previous application of the law, including a review of the cases of many people who have been convicted when they had no intent to harm anyone and there was no possible of a harm taking place. Past unjust convictions should be overturned.

Wilson-Raybould is now finally demonstrating that Canada is willing to enact sensible criminal justice policy on HIV. But her actions will only have force if the provincial attorneys general follow suit.

The federal AG only has jurisdiction over territories, meaning the new directive is mostly symbolic. The majority of cases of HIV non-disclosure take place in Quebec and Ontario. But the threat of being marked as a criminal for life should not be arbitrarily based on the province in which someone lives.

For example, two days prior to the announcement of the new directive, police in Edmonton released a photo of a trans woman living with HIV. The police claim the release of her name and photo was necessary to protect the public because she was being charged for aggravated sexual assault for alleged non-disclosure.

As is typical in such cases, police treated her like a violent perpetrator, violated her privacy and misgendered her. It’s a shameful reminder of the human rights harms of criminalization. Until such time as the new directive is applied consistently across all provinces, the human rights of Canada’s over 70,000 residents living with HIV will not be realized.

Alexander McClelland is a doctoral student at the Centre for Interdisciplinary Studies in Society and Culture at Concordia University and a member of the Canadian Coalition to Reform HIV Criminalization and AIDS Action Now!