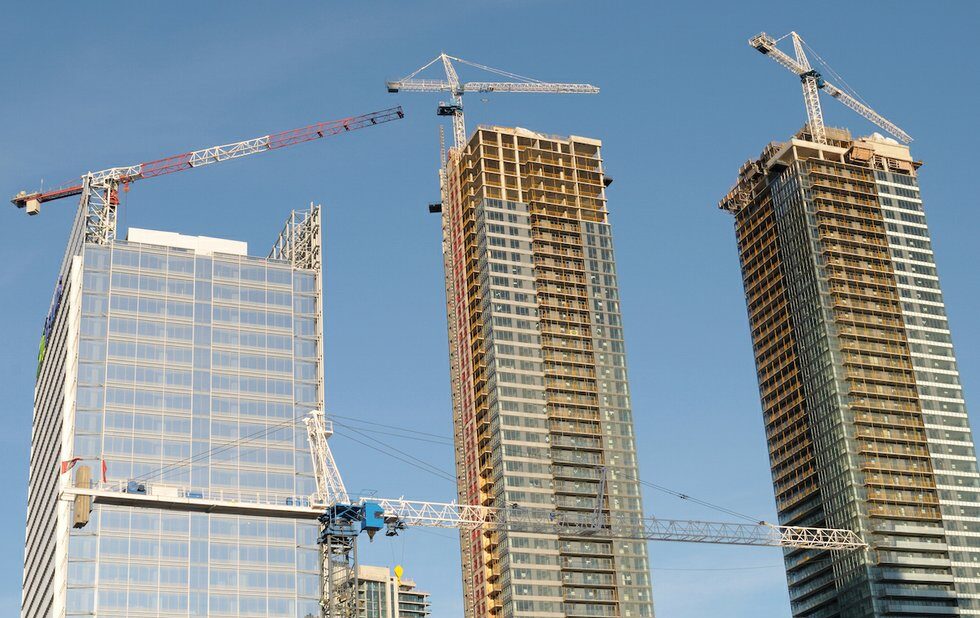 With the stroke of a pen, billions in capital could be directed to affordable housing.

What if there were a way government could boost investments in things like affordable housing and renewable energy without spending a cent? Ottawa could easily redirect billions of dollars toward community infrastructure with a few simple rule changes.

How? All the government has to do is declare that Canadian foundations must redirect all of their assets toward “impact investments” – those that seek to generate beneficial social or environmental effects, such as clean energy, affordable housing or social enterprise, as well as a financial return. This would mobilize more than $60 billion that is tied up mostly in conventional stocks and bonds. Foundations could be given a deadline of 10 years, after which any returns from traditional investments would be taxed.

Frankly, the way foundations are currently set up is terrible public policy. For all intents and purposes, they are private-investment management companies – only slightly more generous.

Anyone who starts a foundation is given a tax break, so someone at the highest marginal tax rate can avoid paying around 45 per cent in taxes. In return, the government requires the foundation to donate just 3.5 per cent of its assets to charities each year (a “disbursement quota”), meaning up to 96.5 per cent is held in conventional investments. These investments usually have no social purpose whatsoever, and yet the returns they yield are also not taxed.

As a society, therefore, in many cases we forgo 45 cents on the dollar in tax revenue – which could be used for social spending today – for the sake of just a few cents of that dollar going toward charitable activities. How smart is that?

A bold policy shift could provide a catalytic event, an incentive that triggers dramatic changes on a broad scale.

With a 10-year deadline, foundations would have a reasonable time frame to make the shift to impact investments without having to do a fire sale of conventional stocks and bonds.

This deadline would also allow the time to define what constitutes impact and how to measure it, to ensure the investments are genuinely beneficial. And with $60 billion in assets to be redeployed, a supply of quality impact investment opportunities would be created to meet this huge demand, and a robust network of intermediaries would emerge – like traditional investment managers – to guide foundations in implementing their strategies at a reasonable cost.

Foundations do have a fiduciary duty to invest their assets as wisely as possible: they must follow  the prudent investor rule. Some have interpreted this to mean they must invest in conventional investments because they believe impact investments will not generate the same financial returns.

A number of studies, however, have shown that impact investing can do just that. There are great examples, such as the Heron Foundation in the United States, of foundations committing 100 per cent of their assets to impact investments and making competitive returns in the process. Heron has also been publishing its lessons learned, providing a blueprint for other foundations to follow.

And when you think about it, how could we ever conclude that the prudent investor rule means foundations must invest conventionally? That would be like saying that it is totally imprudent for a foundation to consider its purpose when crafting its investment strategy, and totally prudent not to consider it at all. Can you think of any other organization or industry that could arrive at such a conclusion?

As with conventional investing, the impact investment market includes opportunities for various risk profiles and strategies, only now social impact becomes part of that equation. Governments are starting to embed this explicitly into regulations. The IRS in the United States, for example, issued new guidance in 2015 to make it easier for foundations to target mission-driven investments.

In the Fall Economic Statement, Ottawa committed to boosting social finance with a multi-million-dollar fund, but why doesn’t it also marshal assets that are already available and direct them toward investments with a social impact?

Despite the merits of impact investing, it’s unrealistic to expect foundations to make these changes across the board without a substantial incentive. We need a catalytic event like the Community Reinvestment Act in the United States in 1977, which forced banks to help meet the credit needs of economically deprived areas.

With one stroke of the pen, billions of dollars of capital was directed to affordable housing and other community purposes in underserved neighbourhoods.

The idea is radical, and the details are certainly up for debate. The logic of it, though, seems unassailable.

If any organizations are in a position to take the lead on investing for impact, it’s foundations. Some have started, but they need a push to do this on a much more significant scale.

A slightly longer version of this article was originally published by Policy Options (policyoptions.irpp.org).