How Justin Trudeau can show he’s a true feminist 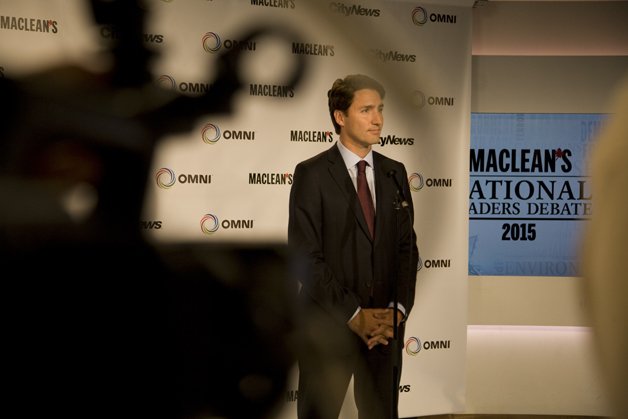 “Because it’s 2015,” Justin Trudeau stated after appointing a 50-50, male/female cabinet. I remember the day clearly. I was sitting in my law school class.

When I saw the Twitter notifications flash across my cellphone, I wanted to run out to celebrate one specific feminist act: our Prime Minister’s appointment of the first Indigenous woman, Minister of Justice, The Honourable Jody Wilson-Raybould. As a future lawyer, I was moved. I had hope.

I went home and wrote an open letter to Justice Wilson-Raybould. That letter was shared widely on social media. I even ended up on a never-aired taping of CBC’s Power & Politics with Rosemary Barton to debate the letter, in which I called on the Trudeau government to listen to sex workers and undo his predecessor Stephen Harper’s harmful Protection Of Communities And Exploited Persons Act. The Supreme Court of Canada had struck down, as unconstitutional, three provisions of Canada’s prostitution laws, holding that they compromised the safety of sex workers, especially some of the most marginalized sex workers – Indigenous women working on the street. But in many ways, the new law passed by the Conservatives mirrored the old one in violating sex workers’ rights.

I testified at Justice Committee hearings as the only First Nations woman with sex trade experience. Following the enactment of that law, many organizations came together to lobby the government, including members of the current Liberal majority government, to repeal Harper’s harmful law. Well, halfway through the government’s mandate and despite promises by some Liberal caucus members, there has been no movement.

Because it’s 2018, I propose the following five ways that the Prime Minister can achieve a truly feminist government.

• First, Trudeau can stop the criminalization of sex work. While I understand and appreciate the laudable goal of ending human trafficking and exploitation, criminalizing sex work will not save or protect women and girls. I know this as someone with lived experience.

• Second, there are more Indigenous children in foster care than there ever were in residential schools. Trudeau can comply with the Canadian Human Rights Tribunal decision and end the underfunding of First Nations, Métis and Inuit child and family services. This includes ensuring that Indigenous children have equal access to services enjoyed by other Canadian children. And that these services are not delayed or denied as a result of bureaucracy (like we’re seeing with the recent creation of an Indigenous Services ministry).

• The PM can also deliver on his election promise to ensure all of Canada’s laws comply with the United Nations Declaration on the Rights of Indigenous Peoples. Alarmingly, Wilson-Raybould saw this promise as “unworkable.”

• Another feminist call to action would be to ensure the courts start to fulfill the spirit and intent of Section 718.2(e) of the Criminal Code and start to take into account alternatives to incarceration where Indigenous offenders are concerned, especially Indigenous women. As reported by the Office of the Correctional Investigator, their numbers in federal prison have doubled since 2001.

• Finally, Trudeau should prioritize the experiences of families and survivors at the National Inquiry into Missing and Murdered Indigenous Women and Girls. This includes listening to international organizations, like the United Nations Committee on the Elimination of Racial Discrimination, and expanding the inquiry’s mandate to open up cases where there may have been instances of inadequate or biased policing.

Because it’s 2018. And if there is anything that delivers more than words, it is action.

Naomi Sayers is a fierce Indigenous feminist, influencer, writer, and educator. You can follow Naomi on Twitter @kwetoday.