NOW MagazineNewsToronto reopening: How six sectors could start up again

Toronto reopening: How six sectors could start up again

It's not yet clear how salons, museums, offices and other spaces will reopen. Based on what is happening in other parts of Canada, here’s what we can expect 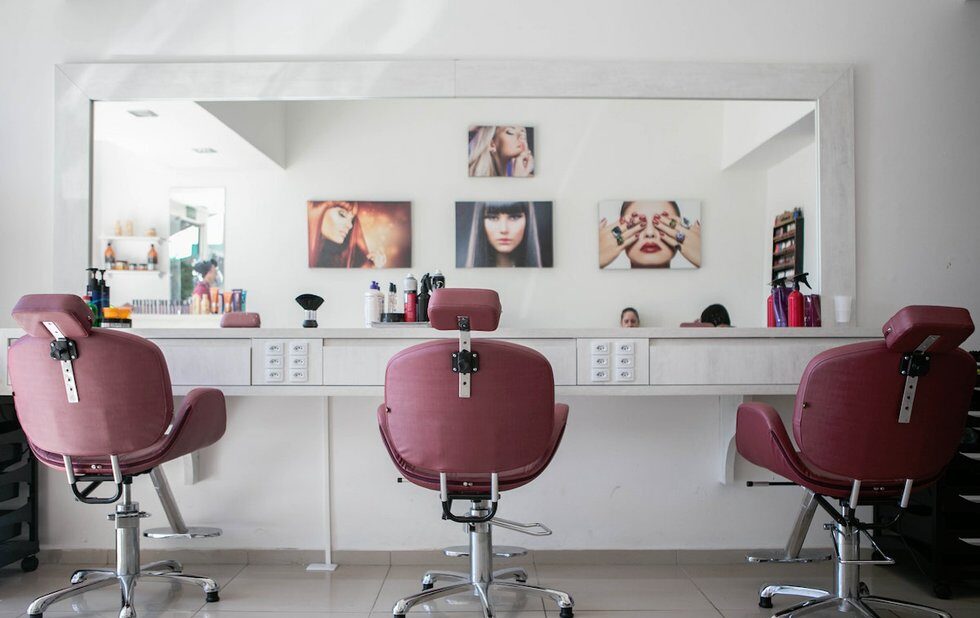 In a press conference last week, Doug Ford said Ontario’s hair salons wouldn’t reopen for some time – much to his own chagrin. “Look at my hair! I look like a sheepdog right now,” the premier said.

Sanitization of tools is already paramount in the beauty industry, but the unavoidable close contact between client and stylist puts hairdressers and barbers in a precarious position. Several provinces have allowed salons and barbershops to resume business, with Manitoba and Saskatchewan releasing public guidelines imposing two-metre distancing between stations and extensive sanitization of tools and work areas between clients.

Though Ontario-specific guidelines have not been released, the Canada-wide Allied Beauty Association suggests distancing measures (whether by reducing workstations or erecting protective barriers), PPE for all workers, eliminating walk-in visits and removing beverages and magazines. And – as with restaurants – expect prices to go up, as the increased cost and workload of sanitation, coupled with cuts to customer traffic, will take an estimated 30 per cent toll on revenue. Natalia Manzocco

Since the dot-com boom of the 1990s, offices have eschewed cubicles in favour of the open-concept space, where workers sit side by side at long conjoined desks. Communal working areas outfitted with couches encourage staff to break off in smaller teams and move around throughout the day.

But when companies return to their workplaces, the floor plan may need to change again. To allow for physical distancing, cubicles will likely make a comeback or plexiglass dividers will be installed between desks, while crowded board room meetings could become a relic of the past.

For the past two months, most office workers have been working from home, prompting both bosses and staff to consider the importance of physical workplaces. In cities with high commercial rent, some companies like the online outlet Quartz are debating giving up offices in New York and DC, while others look into downsizing and allowing people to continue working from home. San Francisco-headquartered Twitter announced that staff can now choose to work remotely indefinitely.

Ontario hasn’t announced at what stage dentists will reopen, but we can look to recently released guidelines in Manitoba, Saskatchewan and Alberta for an idea of what future dental offices will look like.

Dentists, oral surgeons and hygienists already don protective gear such as masks and gloves, but it will likely increase depending on the procedure. The Alberta Dental Association and College is encouraging dentists to minimize procedures that use aerosol-generating tools, such as air polishers, air-water syringes and ultrasonic scalers, which can spread infections. If one of these tools is necessary for the procedure, staff will be required to wear N95 masks or face shields, gowns and caps. Patients will need to be screened in advance and staff will likely be screened every day via temperature checks.

The physical space will need to adapt too, which could involve installing plexiglass dividers at the reception desk, closing off open areas and removing magazines or toys from waiting rooms. 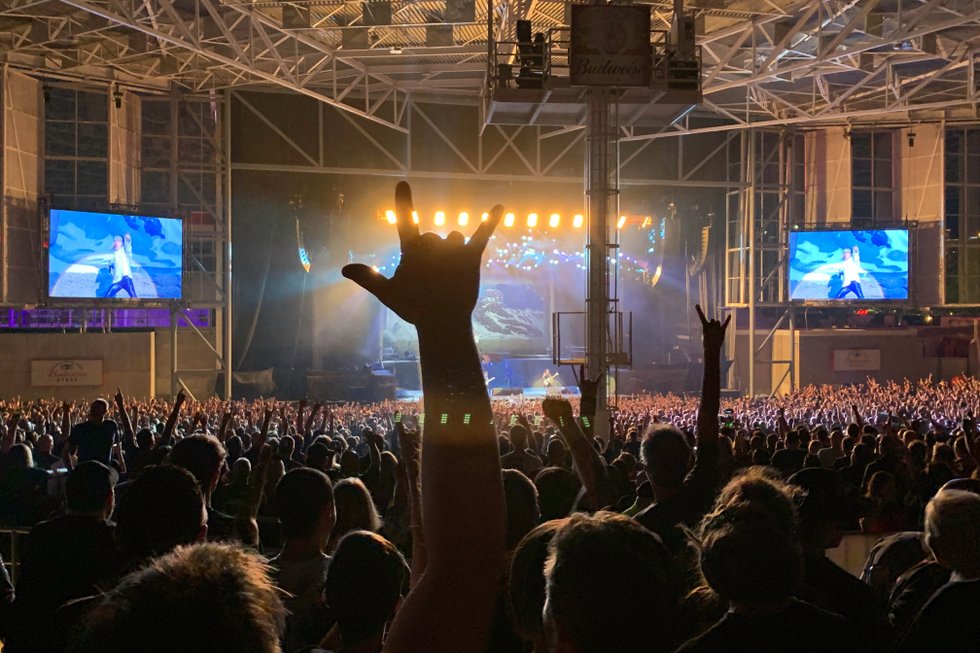 Under Ontario’s reopening plan, large gatherings will be the last to return. When pushed, Doug Ford said not until at least the end of summer, but even that seems unlikely. Toronto has cancelled all festivals and events over 250 people until the end of August. Live Nation, the biggest concert promotion company in North America, is in major debt and is not forecasting a return to “normal operations” until late 2021. In conversations with local stakeholders – venue owners, party promoters, festival bookers – it’s clear that it’s too early to make plans for future shows.

Safety will be key. America’s first socially distanced concert just happened in Arkansas and it involved mandatory masks, temperature checks and “fan pods” distanced at least six feet apart, while venue capacity was reduced to 20 per cent. You may see some creative options, like July Talk’s upcoming drive-in concert, but small, local shows will likely be the first to test the waters.

In some ways that’s good for the Toronto DIY scene, which is used to operating with intentionality and making sure fans are active participants, living in the moment. We just have to hope there will still be some venues left when this is all over.

Most experts agree that in the multi-stage reopening of society as we know it, attending live theatre shows will come near the end. “The nature of live shows is to pack as many people into a place as possible,” says Gary Rideout Jr., the artistic director of Comedy Bar and executive producer of Second City Toronto. “That obviously doesn’t seem ideal now.”

Rideout and his team think shows will probably be shorter (data says infection transmission can be related to the amount of time in a space), with contactless box office, drastically staggered show times (to allow for cleaning) with separate entrance and exit lines. You may also be able to order drinks and food from your seat with an app. Attracting audience members will be a challenge, says Rideout. Shows could combine reduced-capacity audiences with livestreaming. “For every person that wants to get out tomorrow there are probably 10 who want to stay in until 2021.”

Canadian Stage artistic director Brendan Healy says one model the company has been examining comes from community group Jamii, who have built a stage on a bicycle and can travel to various neighbourhoods. “People can watch from their doors, windows, the street if properly distanced,” says Healy. “We wouldn’t be asking people to travel to a theatre we’d be bringing it to them.” Read more here. 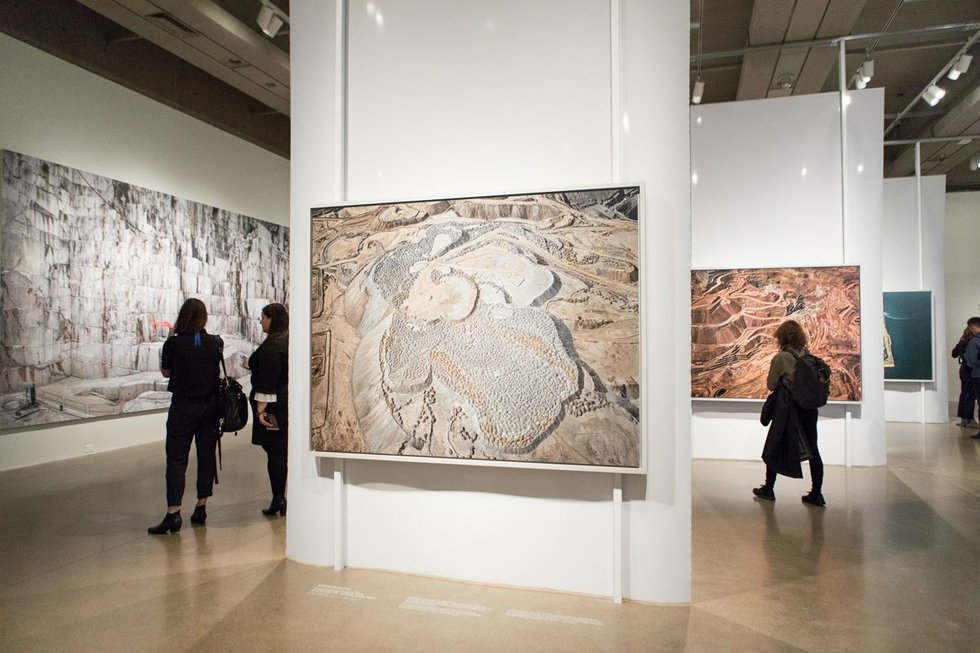 Museums in Canada and in countries around the world have started to reopen with now-familiar safety protocols in place: limited capacity, tape on the ground indicating two metres of distance, one-way directional signage and hand sanitizer stations. Ontario has not indicated when museums can reopen, but it’s safe to expect a more regimented experience here.

The Art Gallery of Ontario and the Royal Ontario Museum are among the major institutions expanding online programming. Virtual space will continue to be important, especially if touring exhibitions are cancelled and museums must draw from their own collections.

Toronto-based museum planner and consultant Gail Lord says there’s another area museums should look to. “If you’re a museum, you have to really evaluate your outdoor space and make that your main experience,” she says. “It’s a huge opportunity.” She thinks upcoming programming must show empathy with visitors and staging exhibitions outside – at a time when the city is closing roads for pedestrians – could do that. “They should have an exhibit on COVID,” she adds. “Everybody experienced this differently. But it’s the one human experience we have all had, and an exhibition would signal empathy.”