How this out-of-work yoga instructor opened a coffee shop 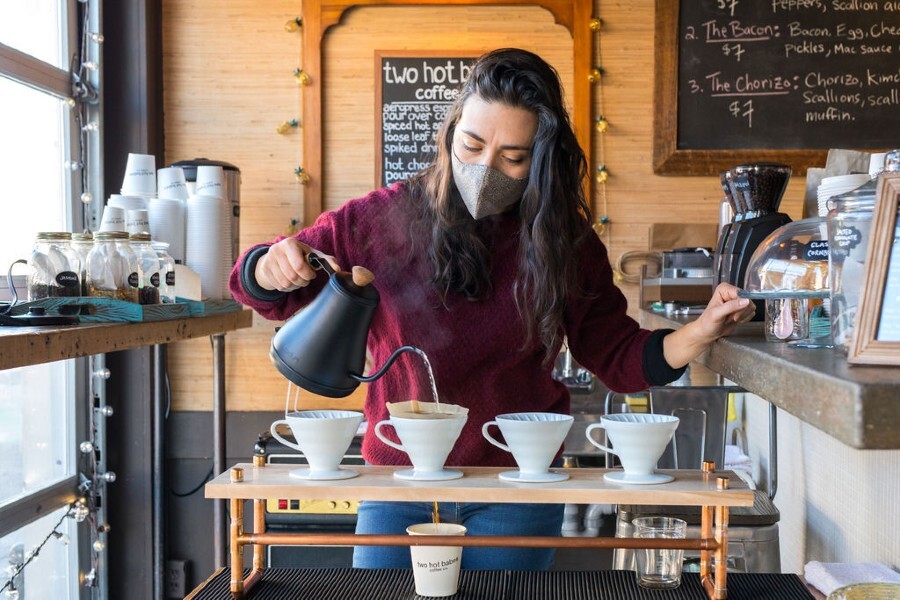 "It's not fancy, it's dire." Nancy Silverman prepares pour over coffee at her COVID survival project, Two Hot Babes

All pandemic-long, people have pivoted and adapted their businesses to stay afloat. With Two Hot Babes, yoga instructor Nancy Silverman has taken it one step further. She’s moved into an entirely different industry.

Two Hot Babes is a COVID survival project. As the onset of the pandemic gutted the yoga industry and Silverman struggled to maintain her life in Toronto, she dreamed up the pop-up coffee shop.

Two Hot Babes (the other “babe” is Silverman’s dog Penny Lane) lives inside of Wenona Lodge, near Bloor and Dovercourt. It’s a hybrid space with Silverman’s shop, the Wenona bottle shop and an artisan market.

In March, the full-time yoga instructor switched to teaching virtual classes and soon realized they were not a feasible way to earn an income.

“Before I opened Two Hot Babes, I was teaching three online classes per week, a fraction of my typical teaching schedule. It wasn’t sustainable as a way to support myself financially,” says Silverman.

“It’s not fancy, it’s dire,” her website reads. It’s referring to both the no-fuss pour-over coffee she serves and the fact that Two Hot Babes arose out of extreme necessity. She opened in December, a month after her debt had accumulated to an insurmountable level.

Silverman spent the past decade working as a yoga instructor at several yoga studios across the city. She taught group classes and one-on-one lessons, sometimes up to 25 classes a week.

“It’s not widely known, but yoga instructors need to teach a lot of classes each month to make enough money to live in Toronto,” she says.

After yoga studios were forced to close, her teaching schedule was cut by 75 per cent. She converted her apartment into a home-studio teaching space.

She came up against a handful of issues when she switched to virtual lessons: lack of space in her home and the homes of her students, people living with small children, partners and pets (sometimes her dog Penny would crawl over her while teaching a lesson) and lagging or cutting out internet.

“I realized early on that even though there was a desire for virtual classes, they would not be as popular or accessible as the in-class variety.”

By November, even with government aids like CERB and CRB, she couldn’t afford her life anymore.

Wenona is a beloved hangout for Silverman’s friends. She knew one of their employees. He put her in contact with co-owners, Phil Cacace and Faye Blais, who were excited to collaborate.

Silverman is still in the early days of her new venture but has noticed a small community of regulars forming who stop by for their daily fix. Some days are busier than others but she’s taking it all in stride.

“It’s not the most business-savvy move to open in the month of December, during a pandemic lockdown, in the dead of winter,” she says. 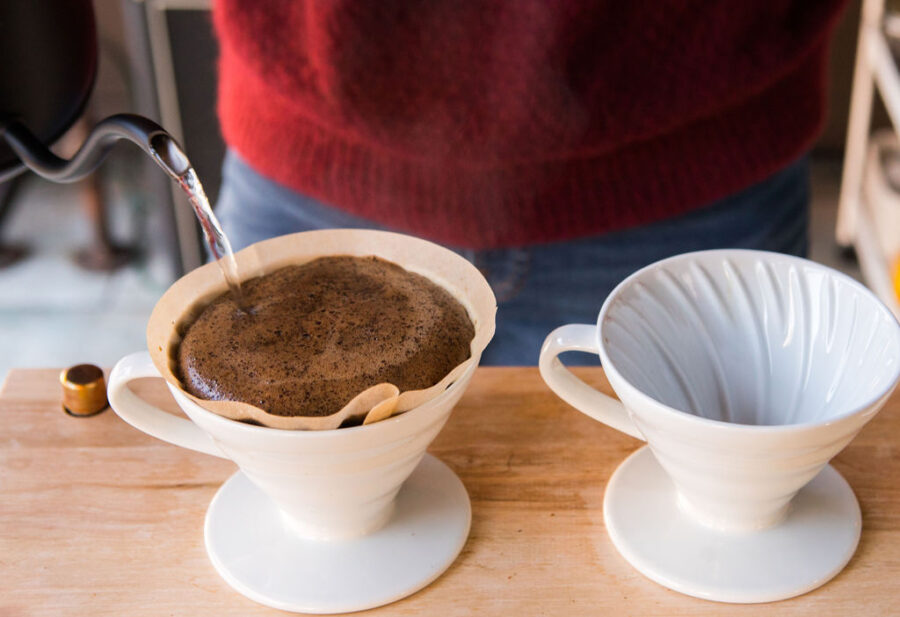 Silverman serves up her no-fuss pour over De Mello coffee

Silverman, a self-proclaimed “coffee geek,” has worked in coffee shops in the past but not extensively. “I’m always looking for the best beans and the best brewing methods. I spend a lot of time researching the newest gadgets and the science behind what makes a cup of coffee the most delicious.”

She partnered with Wenona to serve spiked drinks like the Dolly Parton, which is hot apple cider with bourbon.

She bakes salted chocolate chip cookies every morning and she hopes to expand the baked good menu if she can hire an employee to help.

Two Hot Babes was conceptualized as a short-term project to keep Silverman “financially safe and emotionally sane during lockdown.”

She hopes to open a second location in the spring, which will only be possible if her profits grow significantly.

The possibility of helping and hiring another out-of-work person is a driving force for Silverman. Following her recent success, she’s become motivated by what Two Hot Babes signifies to other people who are struggling financially. 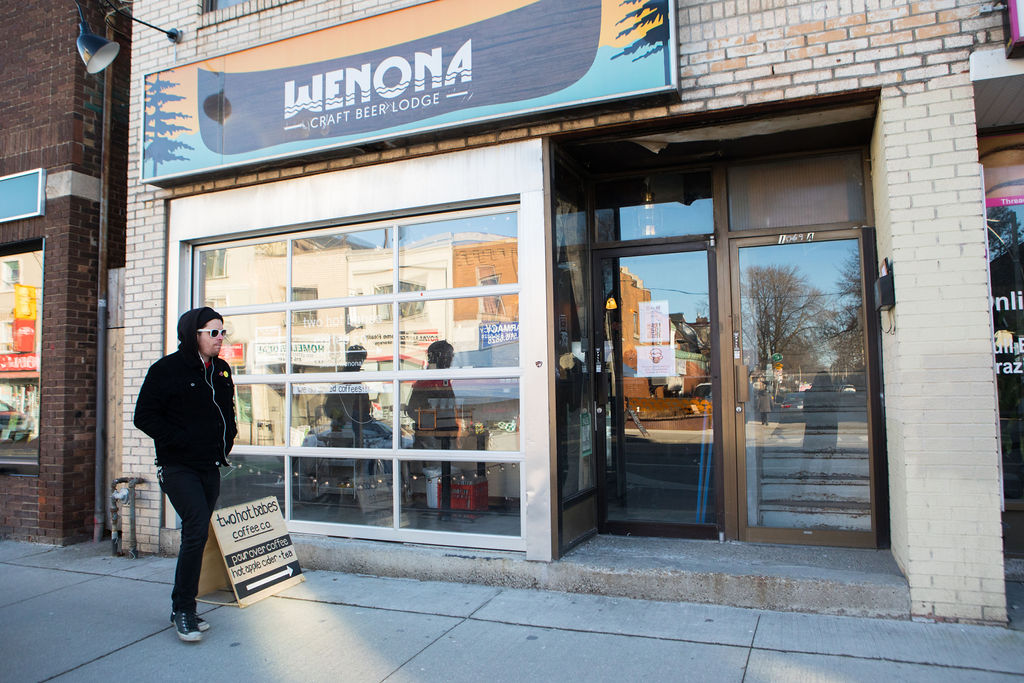 People in Toronto resourcefully banded together through co-ops and ccollaboration keep their businesses running and roofs over their heads. In Silverman’s case, that involved monetizing skills that she possessed outside of her chosen career.

“I wouldn’t have been able to open the shop without Wenona’s openness to change and willingness to work with me creatively,” she says. “We need to open our minds and stray from the ordinary. These are extraordinary times.”

This story is part of a series spotlighting small businesses across Toronto. As the push to support local becomes even more crucial, we want to highlight the trials and the triumphs that shops, restaurants, cafes and online retailers are experiencing in this city. If you want to suggest a business, contact us here and select “Editorial (Life)” from the drop-down menu.