I believe sort of

I swear, after last Sunday's Super Bowl overkill, the next time I hear Nikki Yanofsky singing that I Believe winter. 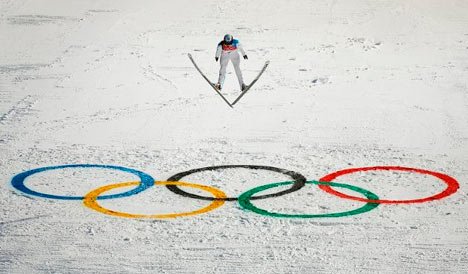 What exactly is there to believe in? That if you invest enough money in athletics you’ll breed a few champions? Not exactly news, and hardly a new religion. That Canada’s a really good place and we have a few decent skaters to prove it?

That’s not how I define what makes Canada the country I’m glad to inhabit. I like our home and native land because we have a political culture built on community and justice, the kind that makes gay marriage and marijuana possible, and a three-party (plus) Parliamentary system that creates fascinating and ever-changing political dynamic.

In fact, the worst thing about the Olympic Games is the nationalist fervour it engenders, pitting country against country, creating fake rivalries and perpetuating old, dangerous ones.

Talk to any Vancouverite and they’ll tell you that hosting an Olympics means more than just getting lessons on how to behave toward tourists. Mobility is deeply limited – with some of the city’s major arteries closed off. The result of not being able to get to work has been, among other things, forced work stoppages. Then there was that attempt to close down Vancouver’s safe-injection sites. Good thing we have a decent Supreme Court to make sure that didn’t happen (see political culture, above).

The Olympic brand has been so tainted by commercialism it’s getting out of hand. I get that you can’t use the Olympic logo to sell swag, but not use the word Olympic? Isn’t that the adjective describing a mountain in Greece? Athletic prowess, not profit, should be what’s celebrated in the next few weeks.

That’s why I’m praying it’s not Wayne Gretzky who gets to light the Olympic cauldron. To steal a phrase from NOW’s Michael Hollett, he’s more huckster than puckster and doesn’t represent what people fantasize as the Olympic spirit, Besides, he’s been a bit of a dud when it comes to the Olympic games. I’m for Nancy Greene – she won Olympic gold and all on her own.

Having said all of that, I wish I could prove my intergrity and tell you I’m boycotting, but, I admit, I’ll be chained to the television. For one thing, I love the bodies – in those sleek skin- tight suits the skaters wear, they’re absolutely beautiful.

And though I find the Canadian obsession with the hockey tournament particularly obnoxious – don’t include me in that painful assumption that hockey is “our game” – the Olympic tourney does demonstrate exactly how the sport ought to be played. It’s a wonder to me that watching men play hockey at lightning fast speed, focussing on the skills – with zero fighting – doesn’t cause a revolution among NHL watchers.

And remember, sporting events represent the last of live television. You truly do not know what’s going to happen, which creates a sense of urgency that has no parallel on TV.

So, for the record, I, for one, do not believe. But I’ll be watching – religiously.[rssbreak]