The author, activist and OISE professor was best known as an outspoken critic of psychiatry 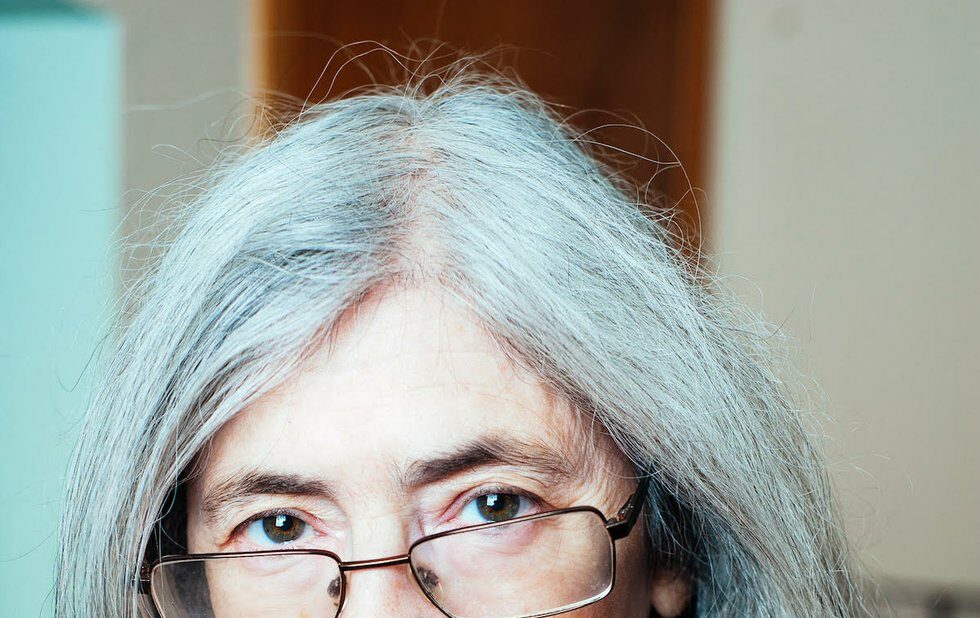 Though the bill did not pass, its introduction marked an important moment in local activist efforts to end the controversial treatment for depression.

Burstow argued that psychiatric diagnoses, medications (including antipsychotics and antidepressants) and electroconvulsive therapy are far more harmful than helpful, a highly contentious thesis that she elaborated on in her magnum opus, Psychiatry And The Business Of Madness (2015).

“We have an absolute pretense of what ‘normal’ is,” she told the BBC in 2018. “People compare themselves to what we say is normal, and it’s not vaguely like what most people feel.”

A professor at the Ontario Institute for Studies in Education (OISE) at the University of Toronto, Burstow died following a brief, acute illness on January 4 at age 74.

She was best known for her radical work in the area of antipsychiatry, a movement that began in the 60s comprising of academics, activists and psychiatric survivors working to abolish psychiatry and eliminate violence against disenfranchised people. Two years ago, she established the world’s first scholarship in antipsychiatry studies at OISE.

“I’m hoping this scholarship will spur alternative ways of arranging society so that we aren’t inventing diseases or brain-damaging people, and there is a greater acceptance of difference,” she told NOW at the time. “We need to work out problems together rather than bring in experts. I’m looking for the creation of something far more egalitarian.”

Whereas the psychiatric establishment asserts that there is a biological basis for mental health issues, Burstow countered that feelings termed “mental illness” result from social, economic and political conditions and are normal parts of the human experience.

Her antipsychiatry work spanned over five decades, during which it was largely well received among critical mental health and feminist communities. She had many critics, the most vocal from within the medical establishment and conservative media. The pushback never deterred Burstow, who taught courses, supervised numerous graduate students, published nine books, carried out extensive research and advocated for homeless and de-housed people, domestic and sexual assault survivors, sex workers and prison inmates.

She was a brilliant scholar, a dedicated activist and a forceful social justice advocate. In 2003, she co-founded the Coalition Against Psychiatric Assault. Before she died, together with CAPA, she was in the process of establishing the world’s first antipsychiatry library, and she was planning the launch for her latest book, The Revolt Against Psychiatry: A Counterhegemonic Dialogue (Palgrave).

In addition to the OISE scholarship, two more antipsychiatry and mad studies scholarships are to be endowed in her name at Ryerson and York universities. She also established a scholarship for the study of anti-Semitism and another for the study of violence against Indigenous women.

Burstow was extraordinary in her research and activism, and her teaching was no exception. Her devotion to her students and her work is simply unparalleled. She worked around the clock to help her thesis students with their research, availing herself for prompt academic and personal support. She was a trained psychotherapist and would often put her counselling skills to work anytime a student found themselves in trouble and in need of her support.

Those who knew Burstow would agree that it seems fitting for her to have the last word on her death, a message she left for her friends, family, students, colleagues and fellow activists.

“I love you, and my life has been enriched by what we have shared together,” she wrote. “I have thought of you often as the decades rolled by, usually with excitement, oh, so often with wonder and gratitude. What times we have had! Personally. In some cases, professionally. In some, communally. And what a mitzvah it has been to think, and talk, and hope, and dream, and disrupt, and create, and build, and tread together through time and space and meaning! Take care of the world. Shalom.”

We continue to celebrate the mitzvah that was Burstow’s life through our work, activism, friendships and community. To honour her memory and desire for the struggle to continue, CAPA activities will continue. Memorial donations may be made to Dr. Bonnie Burstow Scholarship in Antipsychiatry at the University of Toronto by calling 416-978-0811 or via donate.utoronto.ca (search for “Dr. Bonnie Burstow Scholarship”).

A launch for The Revolt Against Psychiatry: A Counterhegemonic Dialogue takes place on January 24 at 5:30 pm at OISE (252 Bloor West, Nexus Lounge, 12th floor).