NOW MagazineNewsWarrior cry: the crisis of neglect of Indigenous children in foster care

Warrior cry: the crisis of neglect of Indigenous children in foster care

For 50 days this summer, Queen’s Park was ground zero for protest over the continued denial of services to Indigenous children and youth in Canada’s health and child welfare systems 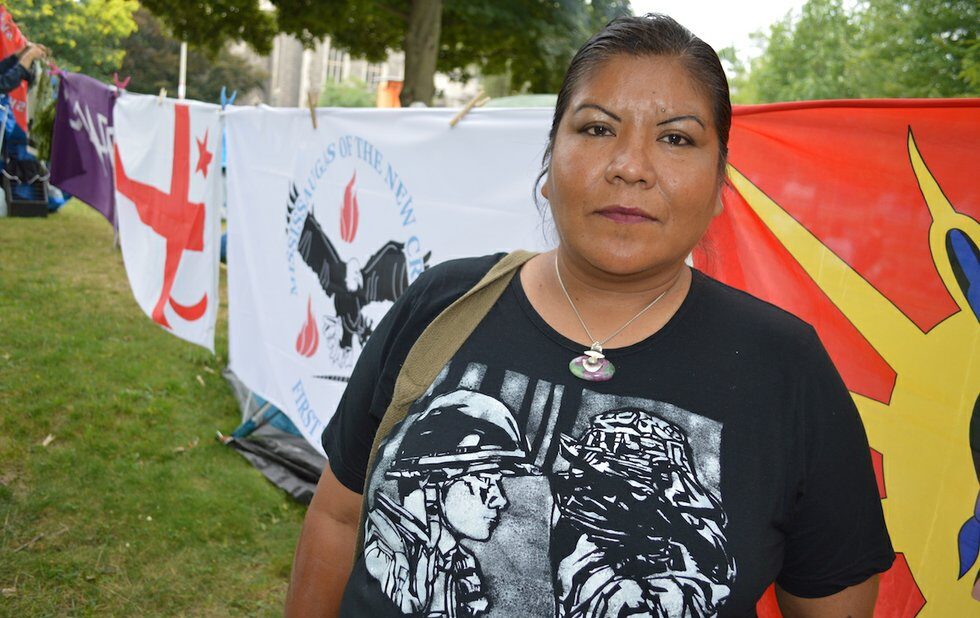 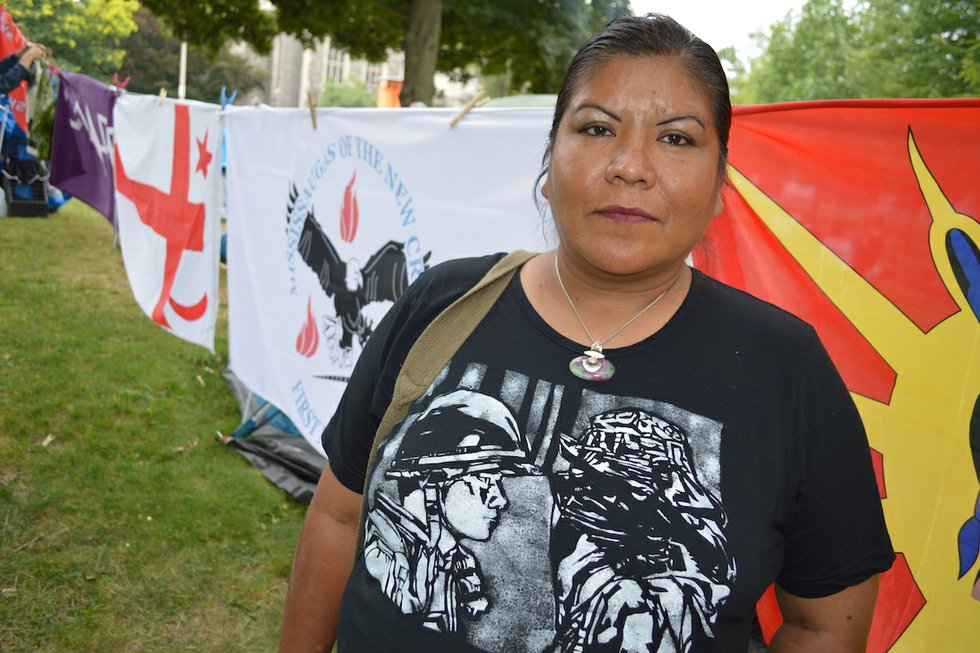 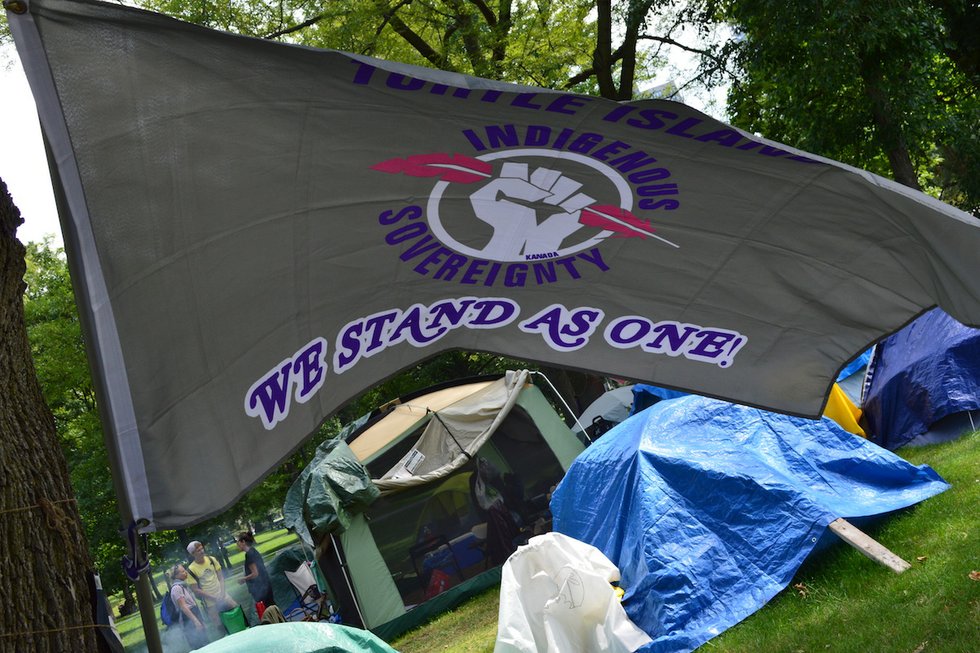 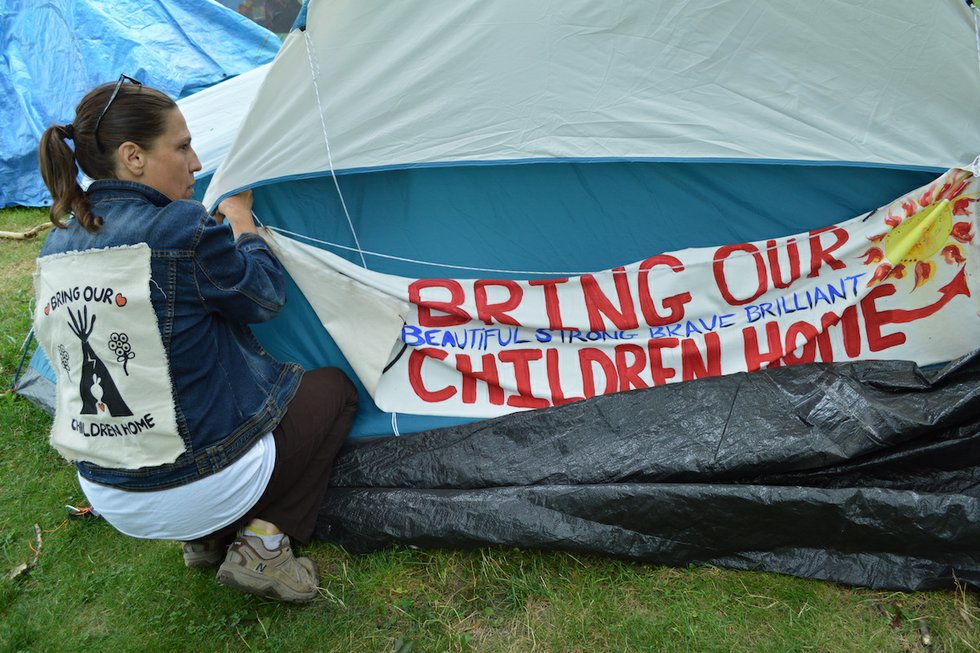 Melanie Montour was only a year old in 1970 when Fort Frances Children’s Aid Society in northern Ontario took her from her parents.

A survivor of the Sixties Scoop that placed an estimated 20,000 Indigenous children in foster homes or adoption, Montour is still struggling to put her life together.

The First Nations artist and community advocate recently found herself on the street. When the Toronto’s shelter referral service Streets to Homes was unable to provide stable housing for Montour and her 16-year-old daughter, she reached out to the downtown Indigenous community.

Since July 17, members of the Ogichidaa Gabeshiwin (Warrior Camp) and Montour had been occupying a chunk of the northwest corner of the Queen’s Park lawn to get the province to pay attention to Montour’s case and what community members say is the continued neglect and denial of services to Indigenous children and youth in Canada’s health and child welfare systems. Last week, after some 50 days at the site, the group packed up their belongings, with no permanent housing solution offered by the city. Montour and her daughter are currently staying with a friend. But the struggle continues.

Montour is looking for legal support to bring a case of breach of services against Native Child and Family Services of Toronto. Montour claims her daughter was in harm’s way and that the agency “reneged on their responsibilities to ensure proper care, stable housing and proper supports” while the younger of two daughters were in foster care. She says she’s determined to raise awareness of the systemic issues that are “putting Indigenous youth in harm’s way and perpetuating an ongoing cycle of colonialism.”

The federal government has acknowledged it has a humanitarian crisis on its hands where child welfare is concerned – Indigenous children make up more than half of all children under four years of age in the foster care system in Canada.

And now a growing number of Indigenous youth leaving the system are ending up on the street, say Ogichidaa community members.

The presence of tents and colourful First Nations flags fluttering underneath trees in the shadow of the Legislature inspired plenty of engagement with the public, despite no response from local, provincial or federal officials.

However, the camp has had several “visits” from police and fire services, reportedly following 911 calls about “people camping in the park.”

Indigenous community organizer Sigrid Kneve, one of Montour’s supporters, says community members in the camp are well known to Toronto police and fire services after holding space at Indigenous and Northern Affairs Canada last fall and in front of the Ontario Legislature this spring to draw attention to Indigenous youth suicides.

“When they see it’s us, they often just turn the [emergency] lights off and keep going,” says Kneve. 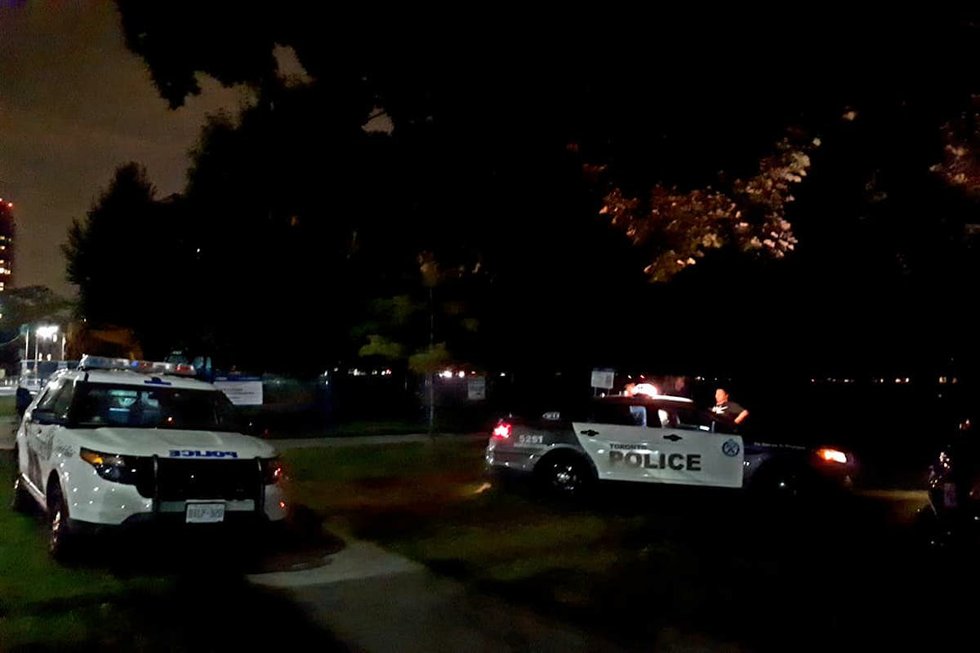 But it’s not always so straightforward.

A couple of nights earlier, two police vehicles with their emergency lights flashing drove up onto the grass right beside the tents. One of the community fire keepers says the sergeant in charge “wasn’t polite about anything. He was asking questions like, ‘Who said you could be here? Who has the fire permit?’ Sigrid and I both looked at him. ‘We’re fire keepers,’ we told him. ‘It’s our way of life.’ He didn’t want to hear the reason why we’re here.”

Monica Rutledge, liaison officer with Toronto Police Service’s Aboriginal Peacekeeping Unit, writes in an email to NOW that members of the camp have been given a heads-up “that members from 52 and 53 Divisions may continue to visit in order to ensure everyone’s safety. I have reached out to the divisions to offer some insight into the camp in order to inform the views of those who may be responding.”

But Ogichidaa community members claim this hasn’t happened. On another occasion, the abrupt arrival of five city vehicles just before midnight startled camp occupants. Cellphone video recordings made by community members at the camp show one unmarked brown minivan and four city vehicles. The driver of the minivan can be heard questioning community members, wanting to know who issued the permit to be there. But when asked, he refuses to identify himself. One of his colleagues, meanwhile, is taking pictures of the camp.

The Municipal Licensing and Standards department confirms city crews responded to a complaint about the camp on the night in question, but a city spokesperson insists only two bylaw officers were dispatched to the scene.

“As per regular investigation protocol, two officers attended the location and had a short conversation with the individuals on site,” writes city communications coordinator Angelica Santos in an email to NOW. “Learning this was an Indigenous ceremony, the officers left the area, taking no action. Municipal Licensing and Standards reviewed the video and found that the staff acted appropriately during the interaction.”

On a sweltering afternoon, Montour pulls out some craft materials and art supplies and spreads them out on a nearby picnic table under a tree. “Arts day in the park,” she chuckles. The tension of keeping the camp going is exhausting and needs a release. “Art is healing,” says Montour as she works on one of her dream catchers. Kneve and others are drawing and painting.

Montour contributes her $300-a-month welfare cheque to help keep the camp going. A couple of weekends back, the community held a fundraiser in the park, selling art, crafts and clothing.

“We’ll keep moving forward, knocking down all these moving goal posts they keep setting up in order to maintain the illusion our people can’t do for themselves.”

In a letter of support for Montour, Stacey Laforme, chief of the Mississaugas of the New Credit First Nation, wrote to Lisa MacLeod, Minister of Children, Community and Social Services. “The provincial government needs to stop treating poverty as neglect by taking children from loving, low-income families. They need to understand the unique circumstances of our children and communities. They need to work with us to return control over our own children and families back to our own people.” 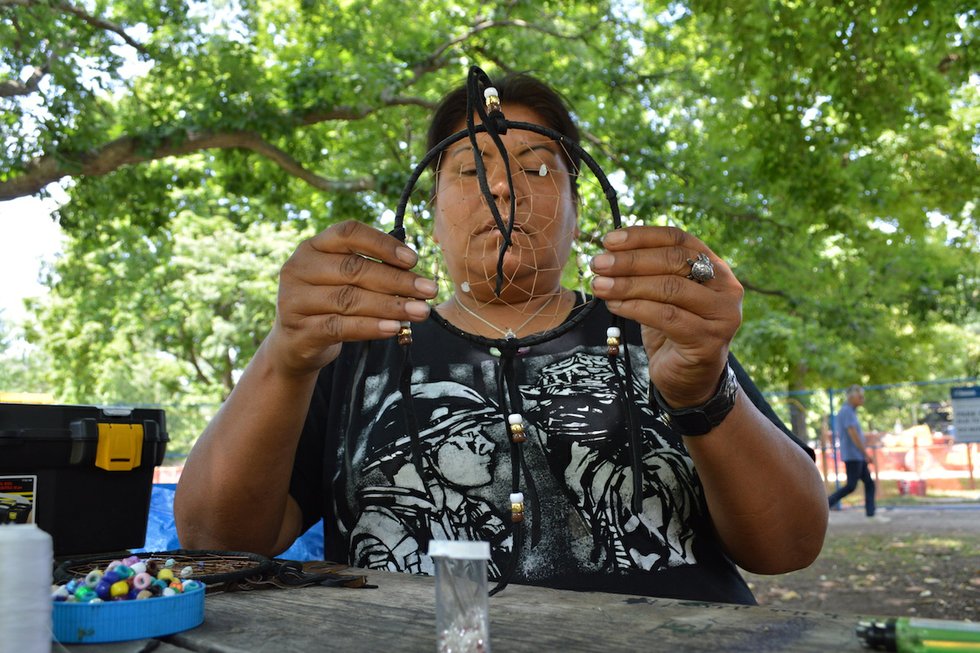