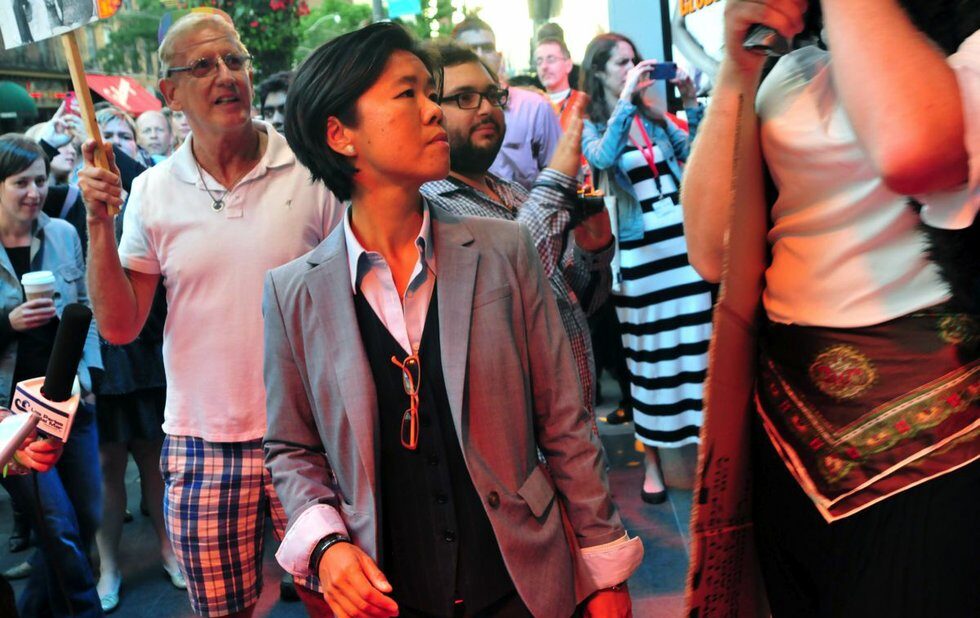 What have you been hearing from your constituents regarding how the police have handled recent missing persons cases?

There have been ongoing concerns for several years about relationships with the police in the village. It’s no secret, the village has seen a spike in violent incidents around people who are living with mental health issues and there have been issues of homophobia. Business owners and local residents have raised this on numerous occasions with Toronto police individually as well as at community meetings I have organized. The police response has pretty much been, “We are overworked and understaffed. We don’t have enough resources and we’re really sorry, but we have a lot of emergency calls and you’ll be in the queue and we’ll get to you when we get to you.”

Absolutely. Our officers, I would say, are mostly exceptional. My ward actually has three police divisions. I work with 51, 52 and 53 divisions and I can honestly say 51 is really stretched thin, it has Regent Park, St. James Town, the Village, Yonge-Dundas Square. I don’t want to take anything from the officers on the front line, but I do think there hasn’t been a good allocation of resources to take care of some of the most complicated parts of the city. In 51, for example, we have an opioid crisis, and ground zero is Moss Park. We’ve had an explosion around homelessness and a shelter crisis. It’s a bit of a perfect storm for what’s happened, including that you have this predator on the loose.

A lot of people are saying it took the death of a white man, Andrew Kinsman, for these cases to be taken seriously. Do you think race played a role?

It’s undeniable to be quite honest. It’s also important that Andrew had a very large community and an incredible network of friends and people who really loved and supported him and who said, “We’re not going to sit idly by, we have to do some work ourselves.” It doesn’t mean the other men who were racialized did not have that network of friends. There were community members who went to the police. They were just not being heard.

And people were putting up flyers and posters about these other missing men for years.

That’s where we need to take a look at the individual training of officers. Did they follow protocol? Were there adequate police resources to do the follow-up work? Was there clear, open communication going back to the community? Could there have been an ongoing liaison committee or could this issue have been brought up at the community police liaison committee at 51, or perhaps the LGBTQ- advisory committee that sits with the chief on a regular basis? These are partnerships and conduits that exist. But why did they not work?

Do you think an external review should be done?

Without a doubt. There’s no perfect resolution, but we can make it better by learning from it. There are cities that have missing persons bureaus. There are other cities that have protocols if you have a street-involved and vulnerable person who goes missing, which sets off a chain of communication and actions with other service providers. We have amber alerts for children who go missing and their faces are splashed all over the news.

Should a review be taking place now, or should it wait until after the McArthur investigation is completed?

Realistically, the investigation is going to be many more months, if not years. It would not be beyond the realm of possibility to do both. We are not asking police to review themselves. It should be a third-party auditor who comes in and tells us what went wrong. They may tell us that police did everything they could and perhaps just needed to be better communicators.

But I’ve played back conversations I’ve had with our officers and I think about what they’ve said to me: “Councillor, the community is overreacting” “Councillor, there is no serial killer” “Councillor, rest assured, we’re doing everything we can” “Councillor, sometimes people want to go missing and they don’t want to be found” “Councillor, this has nothing to do with online dating apps.” Everything that was said to me has turned out not to be true.

It’s so chilling to hear. Do you think they genuinely believed what they were saying, or were they being careful not to reveal anything to you?

I don’t want to second-guess. The only person who can answer those questions are the police. But they were saying it with such absolute confidence that I began to think that perhaps there was overreaction in the community.

I will say that I’ve now had four staff superintendents at 51 Division in seven years, and leadership, especially in hierarchal, military-style operations like police, comes from the top. I’m not singling out one particular police chief, because these incidents took place over several police chiefs, but it seems to me that the leadership of Toronto police have consistently not been very clear and proactive in their communication with the LGBTQ community.

What do you think it’ll take for the LGBTQ community to trust the police again?

The police are saying all the right things, but I don’t want to have a conversation about a few bad apples on the force. We need to go beyond that and recognize that individual officers are doing good work, but the corporation they work for needs reform. There is this element of hyper-masculinity within the operation, and I think that’s very important to recognize, as is the fact that police are being asked to do a lot of things they’re not trained to do, including providing mental health support. In order for us to move forward through this difficult time, we’re going to need the police and the Toronto Police Association to come together and work with the community.

Was there ever a time when there was a positive relationship between the LGBTQ community and Toronto police?

I would say the community largely started to shift when Bill Blair came around. He was the first police chief to march at Pride. He speaks in the language of inclusion.

But for people who are racialized and LGBTQ, the relationship with police has never been friendly, or seldom friendly. I remember when I was a coffee shop owner on Church Street and needed to call the police. They wouldn’t even come into my café. They invited me to sit in the back seat of their cruiser instead. The police listened to my concern, but did not take a down a single note. They did nothing. And that was me as a person of privilege, owning a property and owning a successful business on Church Street, and that’s how I was treated. I was looking at them through the fence between the back and front seat of the car.