Q&A: Jagmeet Singh in his own words

The newly minted NDP leader talks race, religion, pipelines and why fashion is a necessity 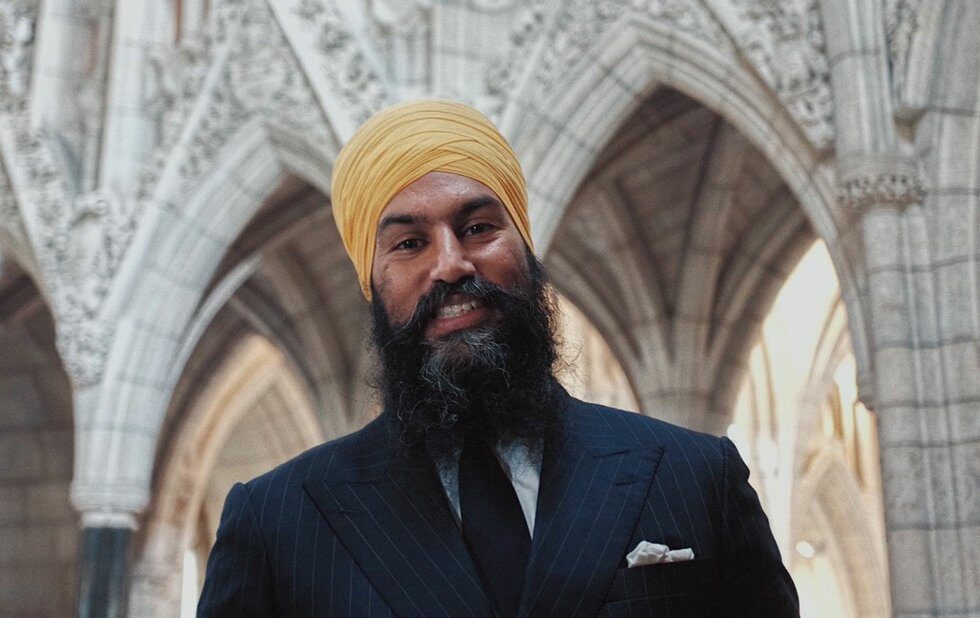 “I wear a sharp suit and cool bright-coloured turbans as social armour. It’s a way to insulate me. It disrupts people’s notions.”

So how does it feel being Justin Trudeau’s worst nightmare?

(Laughs) That’s awesome [but] I want to be more than anyone’s worst nightmare. I’m hoping I can inspire a vision of what a better and more inclusive Canada can look like.

You recently appointed Quebec MP Guy Caron as your parliamentary leader. Tell me a little bit about your thinking around that decision.

Well, one of the things I really wanted to do was to show unity with the party. This is the third time in the party’s history we’ve chosen a leader who didn’t have a seat right away in the House, so I wanted the selection to be meaningful to reflect this idea of unity. I also really wanted to signify the importance of Quebec.

This morning [Thursday, October 5] TransCanada announced that it’s pulled the plug on its Energy East pipeline. What’s your feeling on that?

It’s a good news story for a lot of folks that were concerned about the United Nations Declaration on the Rights of Indigenous Peoples and people in Quebec who had environmental concerns about potential impacts on lakes and rivers.

The position of the NDP caucus has been somewhat different on pipeline projects. The issue for the caucus has been more around the need for a new environmental assessment process.

I think it’s fundamental if we’re going to talk about reconciliation with First Nations that there has to be prior and informed consent before any pipeline can be approved. [But] that caucus decision is still absolutely relevant. It gives us a way to deal with any project in the future.

It’s an issue that’s obviously very complicated for the NDP vis-à-vis Rachel Notley in Alberta and some of the pressure on her from the oil industry there to continue developing the tar sands.

Right. I mean whenever we talk about Rachel Notley, we also have to acknowledge that she has one of the best climate action plans in the country. She’s put forward as premier an incredible policy around protecting the environment.

You mentioned carding in your acceptance speech and your own experience with racial profiling. The 905 has also been a focal point of anti-Muslim sentiment. How has that informed your policies on racial inequality?

I think it’s clear around the world that we’re seeing a rise in hate and intolerance, and we see the rise in Canada as well. It’s important to underline that for me the fight isn’t just about one type of hate. Once you see the rise of one form of hate, it creates a climate that it’s acceptable to hate. And so then you’ll see increases in other forms based on sexuality or gender. Racial profiling is one form of injustice but it’s important for us to battle all forms of injustice, like pay equity, for example.

People have compared you to Jack Layton. Jack had the working-class touch, you’re more Zen. He’s Orange Wave. Does that make you Orange Crush?

I appreciate the comparisons. Jack was an incredible leader. He inspired a nation. But I’m definitely my own person. We’ll bring our own Singh wave.

There has been a lot made in the campaign about your own personal style. Do you think the media obsesses too much over aesthetics or is it just part of the social-media-focused world we live in?

For me, fashion is a necessity: I can’t afford not to look good. There are all sorts of negative stereotypes people have about someone who has a beard and turban. And if I don’t look sharp, those stereotypes might be reinforced. So for me, I wear a sharp suit and cool bright-coloured turbans as kind of social armour. It’s a way to insulate me. It disrupts people’s notions.

Have you always worn the kirpan?

Yes, I started wearing one when I was about 16.

Growing up, was there any question you would follow the faith?

That’s a good question. My dad didn’t really practise. When I was young I chose to practise based on some of my mom’s teachings and some of the things I read about. Like the idea that, as a Sikh we’re supposed to defend the rights of all people and it’s part of our spiritual mission to tackle injustice. It made sense to me. I kinda grew into it.

Is that where the idea of never backing down from a fight comes from?

Something my mom taught me is where I think that comes from. It’s called chardi kala. It means “rising spirits.” It’s the idea that even in the face of adversity you’re supposed to maintain courageous optimism.

Love and courage, in other words?

Have you had occasion to speak with Trudeau?

Yes. He called me to congratulate me after I won. And we’ve met a couple of other times before at the Pride parade and a press gallery shindig in Ottawa.

What’s your impression of him?

You’ve said you can take him in a mano a mano.

Absolutely. I’ve been training my whole life in all forms of martial arts.

Yes, and jiu-jitsu, which in Japanese translates to “gentle skill.” Is that similar to your political style, to come in and make moves nobody sees?

I guess that’s kind of right. I’m throwing people off balance a bit. My winning has made some people uncomfortable, but if it makes the world a better place then I’m all for it.