The flashy spectacle of individual strength is inspiring, but it’s in a legacy of deliberate political indifference towards disabled veterans that our Canadian Invictus athletes are competing 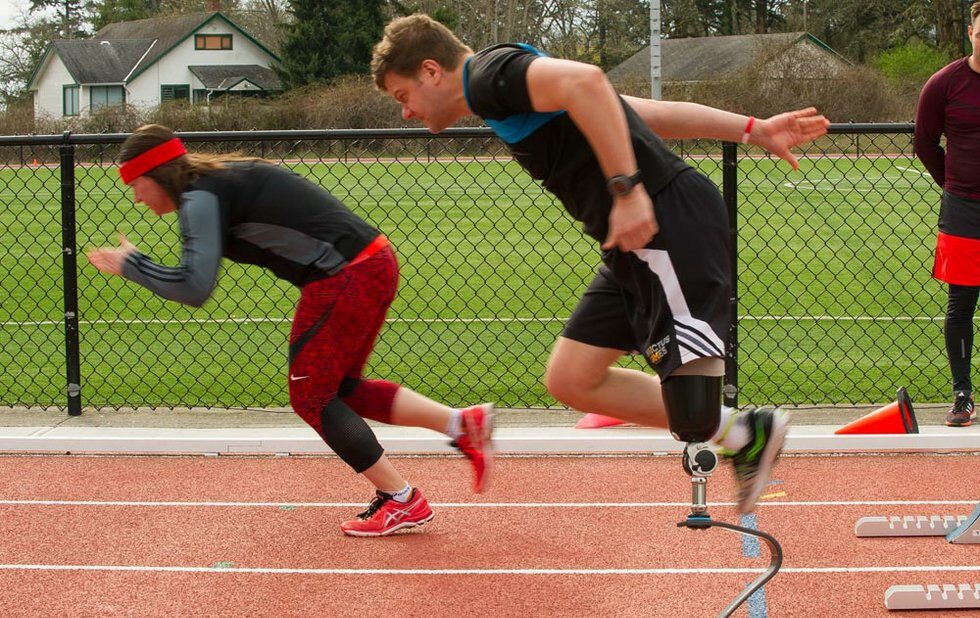 This week, disabled military veterans from 17 countries are competing in the 2017 Invictus Games in various prominent venues across the city.

Founded in 2014, the Invictus Games are an adaptive sports competition giving disabled military athletes an opportunity to compete on the world stage and rise above the physical and mental disabilities resulting from their military service.

“Invictus” is Latin for “unconquerable,” and the Games are inspired by the poem of the same name by William Ernest Henley published in 1888. The poem ends with the lines: “I am the master of my fate / I am the captain of my soul.”

A compelling idea, arguably one veterans should be entirely behind, right? The men and women competing will no doubt prove to their countries and the world that they are masters of their fate. Huzzah!

However, there’s also an unintended impression that these Canadian Invictus athletes are likely to leave among politicians and the public: that each and every disabled veteran out there inherently possesses the individual skill and power necessary to rise above their service-related disabilities.

In reality, the emotionally charged examples of “power over PTSD” and “determination over despair” that will be on display in competition this week are the exception in what is a mostly demoralized disabled veteran community in Canada.

Canadian politicians, and the public they represent, adore a stereotypical view of military veterans shrouded in Herculean mystique. We are seen as strong and self-reliant. Physical and mental scars sustained in combat reinforce the “ready, aye, ready” perception of us.

This veteran love-in, though, quickly sours when we recognize that for the last 12 years, successive Conservative and Liberal governments have been trying to divest or delay their legal and financial responsibility to care for today’s disabled veterans – starting as Canada began to scale-up its core combat commitment in Afghanistan in 2005. It was then that Prime Minister Paul Martin’s Liberal government introduced the so-called New Veterans Charter. This act effectively ended a nearly two-century tradition of lifelong disability pensions for disabled service personnel.

Today’s disabled veterans no longer receive pensions, but a one-time lump sum payment or “award” depending on the severity of their injuries, up to a maximum of about $360,000 for those incapable of self-care.

The advantage of lump-sum payouts, and no doubt why the feds prefer them, is that they significantly reduce the government’s financial liability. Most vets who apply receive between $50,000 and $62,000. Lump-sum payments also place the onus on injured veterans to cleverly invest. That can be a daunting task for any sick, disabled veteran, let alone a 20-something, high-school-educated former combat soldier with one leg, tinnitus and PTSD.

Despite the bellicose rhetoric in support of all things military, the Conservative government of Stephen Harper not only implemented the legislation eliminating automatic disability pensions but also cut budgets and services to disabled veterans and their families – even as scores of Canadian wounded continued coming home from Afghanistan.

Justin Trudeau announced during the last federal election campaign that he would reinstate disability pensions and take the extra step of guaranteeing up to four years of tuition-free post-secondary education for all veterans. He assured us that “no veteran will be forced to fight their own government for the support and compensation that they have earned.”

Two years into his mandate, not much has changed. And a class-action brought by Afghan veterans in 2012 over disability payments is still being challenged in court by federal government lawyers. Trudeau did re-open previously closed Veterans Affairs offices, providing some opportunity for employment in the community.

But it’s in a legacy of deliberate political indifference that our Canadian Invictus athletes are competing.

The flashy spectacle of individual strength may placate politicians who, although more than willing to thank veterans for their service, are not ready to make the financial sacrifice to ensure they receive the benefits that their World War-era fathers and grandfathers considered their due.

Unless our disabled veteran athletes are ready to take the courageous step of using the celebrity of the Invictus podium to protest against government inaction, our Canadian Invictus athletes stand to be little more than sentimental props.

Robert Smol served in the Canadian Armed Forces for more than 20 years.