Is Doug Ford preparing to call a snap election?

It sounds nuts given that the PCs are currently enjoying a majority, but for Ford the threat these days is coming more from his own base 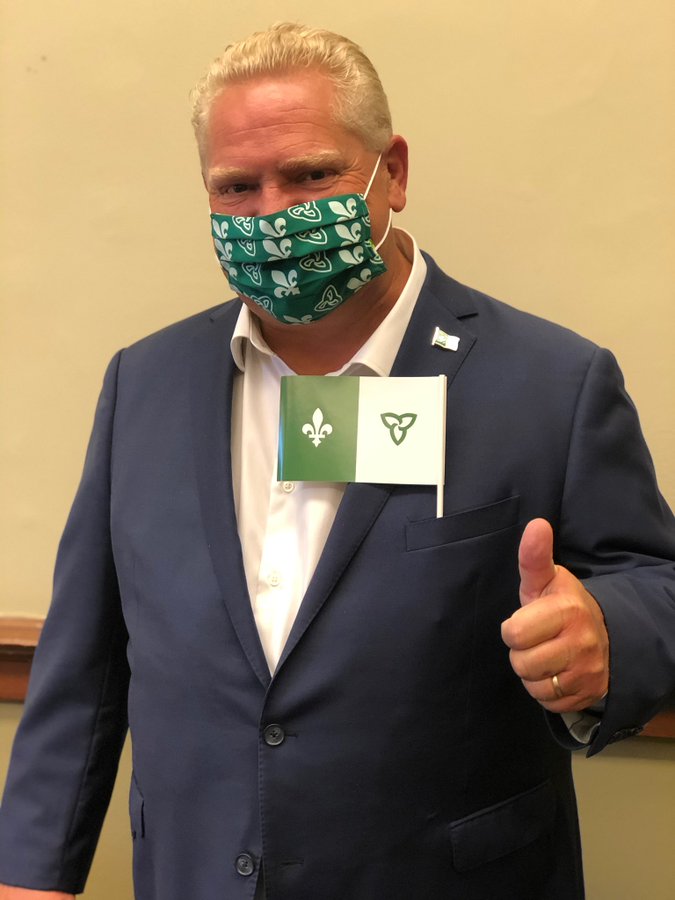 It’s the burning question that has Queen’s Park atwitter. Is Doug Ford angling to pull the trigger on a snap election?

Sounds nuts. Ford has a majority, after all.

But that was the scuttlebutt this week after the Star reported that the PCs have been lining up their ducks and fast-tracking candidate nominations for the next provincial election.

That’s not scheduled until June 2022, but the PCs officially nominated the party’s 72 sitting MPPs as candidates in one fell swoop on Saturday. The PCs are also reportedly locking in candidates for the remaining 52 seats in the province.

The Star quoted PC party sources (and members of the premier’s campaign team – ooh) saying that some in the Ford government are worried about the economic fallout from COVID-19 that may be coming in March. They want to be ready to launch a pre-emptive strike in the spring just in case.

Another theory is being offered by Liberal insiders. They say that sitting PC MPPs don’t want the added distraction of dealing with challenges to their candidacy amid a COVID-19 crisis.

Anything is possible in these pandemic times. But for Ford, the threat to his leadership is more from within than without these days.

Ford’s popular support has been fraying as a second wave that looks bigger than the first rolls through Ontario. Anxieties are rising.

How did we get here? What happened to all those sacrifices we made in the spring and most of the summer to avoid this? All of a sudden people are asking tough questions and Ford is not quite the hero he once was.

There’s another reason why some behind Ford want to go to the polls sooner rather than later. The PCs are bleeding support in their own base, concerned about all the red ink being spilled by the province to keep the economy from collapsing. Finance minister Rod Phillips has been noticeably absent from the public discourse as he tours the province in preparation for a budget in November.

Ford seems in no hurry to go to the polls. He stated quite emphatically last week that he has a mandate for another two years and plans to see his term through.

A lot has happened to change the trajectory of things to come. In a different time, Ford might not have been so willing to give sitting MPPs a free ride. Many of his current crop were recruited by his predecessor Patrick Brown. They were not Ford’s choices to run in the last election. But he was stuck with them following the scandal that brought down Brown.

Brown was bounced amid sexual harassment allegations just before the 2018 election. But his forced ouster had just as much to do with the fact that many in the party thought he was taking the PCs too close to the political centre.

Ford parlayed their support in a big way to win the party leadership. It’s some of those same folks who now have it in for Ford.

His handling of the pandemic and praise for the federal Liberal government is rubbing the hardcore the wrong way. Then there are the Trump lovers in the party who dabble in conspiracy theories about the COVID lockdown being a resetting the new world order (lowercase).

They’re finding a voice these days in independent Randy Hillier, the Kingston-area MPP and former PC leadership candidate who was kicked out of the caucus by Ford last March. The reasons for that are not entirely clear. But the conflict has escalated during the COVID crisis.

Last week in the Legislature, Hillier accused Ford of “using COVID as an election campaign strategy.” He said Ford was not being “truthful and honest about the dangers of COVID.” Hillier describes those as largely “negligible.”

Hillier has long been a thorn in the side of the party. Lately, he’s been campaigning against COVID restrictions in the province. He was a speaker at a “freedom” rally in Toronto recently to end the COVID state of emergency.

Some might dismiss Hillier as having a vendetta. (Until recently, he was embroiled in a lawsuit with Ford’s former chief of staff.) But Hillier also speaks for a large part of the party’s base.

Hillier also isn’t the only former PC caucus member questioning the Ford government’s COVID orders. The idea that governments are lying to us about COVID-19 is growing among them as the pandemic drags on.

To many conservatives, Ford is part of the cabal of politicians, the so-called “Lockdown Left,” whose dire predictions about COVID are all about getting re-elected. The pandemic has turned the world upside down.