NOW MagazineNewsIs it finally game over for Donald Trump?

Is it finally game over for Donald Trump?

The White House is in chaos and America has lost its mind over Trump's COVID diagnosis, but there's still time left in this election for another October surprise 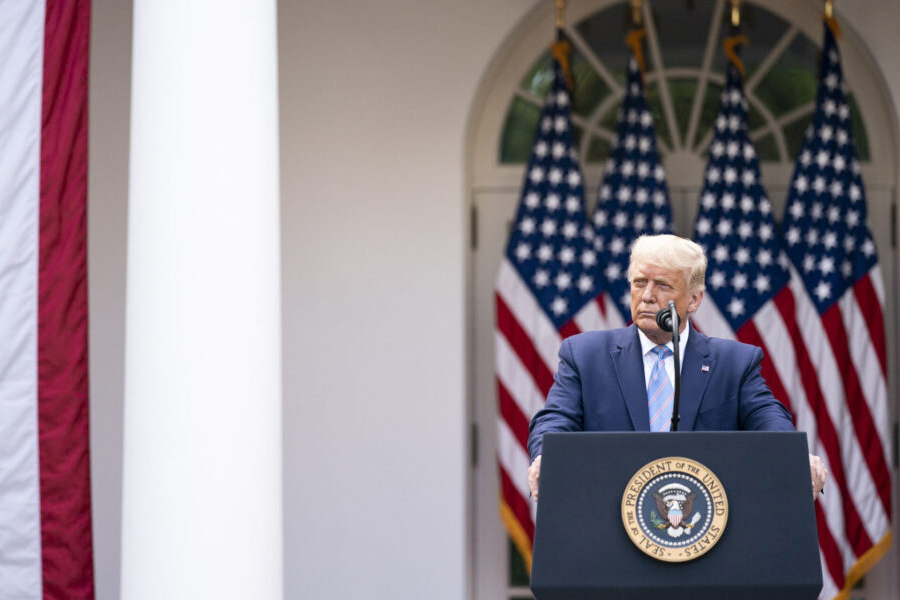 The Comey Rule is playing on Showtime. It’s about former FBI director James Comey’s tenure under Donald Trump. Jeff Daniels plays Comey and his performance is not exactly one for the ages. It’s a little stoic, even by Comey standards, and maybe a tad too reverential.

The miniseries is based on Comey’s book, A Higher Loyalty: Truth, Lies, and Leadership. It details the moral dilemmas faced by Comey as Trump tried to quash the FBI’s investigation into his administration’s Russian connections and Russia’s tampering in the 2016 election. The dialogue is based on detailed notes taken by Comey following his numerous meetings with Trump.

The Comey Rule is a mostly flattering portrayal of Comey, who would eventually be fired by Trump. The dramatization of events is a revealing look at the depths of corruption in the Trump administration. But it glosses over the fact that Comey helped hand the 2016 presidency to Trump. It was Comey who reopened the investigation into Hillary Clinton’s use of her private email for government business in the middle of the campaign.

Clinton would be cleared of any wrongdoing before election day. But the October surprise would change the course of an election – and arguably American history.

As America unravels, it’s worth thinking about what might have been but for his decision to reopen that investigation.

Fast forward to four years later and the Russia controversy is rearing its head once again.

The president said late on Tuesday that he is prepared to declassify documents related to the so-called “Russia hoax.” Only Trump would reverse himself on the release of the documents in a tweet hours later. With Trump trailing badly in the polls to Joe Biden, most Washington observers agree the president is trying to reframe the controversy.

It’s one of several turnarounds by the president since his return Monday from a three-day stay in hospital after he contracted the coronavirus – that would be the other “hoax” being perpetrated upon the nation.

The president’s behaviour has been more erratic than usual since his return. It’s left some political observers wondering: Are the steroids and other medicines Trump is reportedly taking to fight the virus affecting his mental faculties?

Much has been written about that and the staging of his return from hospital to the White House in a helicopter. The president didn’t look so good. He was clearly having trouble breathing.

The New York Times reports that Trump returned to a  White House “in chaos.” The virus has spread to several key staffers.

Some are calling the turn of events karma – just desserts for four wasted years and a president who idly stood by while the pandemic killed more than 200,000 Americans. Many of his critics on social media rubbed their hands with glee at the prospect of his death. It’s a sad state of affairs.

“The country has lost its mind,” reads one headline in USA Today. It’s over a story of yet another poll warning of civil war. More than half of Americans surveyed report they expect “an increase in violence as a result of the election.”

Trump’s presidency is crashing and burning. But there’s still a month to go before election day. And a day can be a lifetime in politics. Will the American public forget about this in a week’s time? Trump seems to be pinning his hopes on a vaccine for COVID-19. He has reportedly been on the phone with drug companies pushing them to speed the release of an antidote, presumably so he can ride the discovery to electoral victory.

Trump is behind in battleground states he carried in 2016. John Austin, a senior fellow at the Brookings Institution, says everything is riding on working-class whites in the Midwest again.

The Washington, DC-based think-tank analyzed some 141 small and medium-sized “legacy” communities” in the manufacturing belt. It found that many continue to struggle economically despite Trump’s promise of jobs.

Whether that spells disaster for Trump, however, is open to interpretation.

The 2018 midterms saw some of those districts revert to the Democrats. Election simulations based on poll numbers conducted by the website Five Thirty-Eight show Biden winning handily.

But others posit that the pandemic and resulting economic fallout may actually further entrench the anger that led to Trump’s victory in 2016.

For example, the Cook Partisan Voter Index, which measures Republican and Democratic support, shows most of the Midwest still leaning toward Trump, even as other polls show Biden up by 14 points.

It may look like the jig is up for Trump, but there’s still an election to fight. And when it comes to reading the mood of the American public, there may be no one better than Trump.

In The Comey Rule, the actor who plays Trump relates in one scene how he trusts the word of TV execs over “idiot” political advisors “because they’ve got to get ratings… every day.” Enough said.