NOW MagazineNewsFinally, some justice on the hate front

Finally, some justice on the hate front

Those who regularly harass the Muslim community have been able to get away with saying virtually anything under Ontario's anti-SLAPP laws, but not anymore 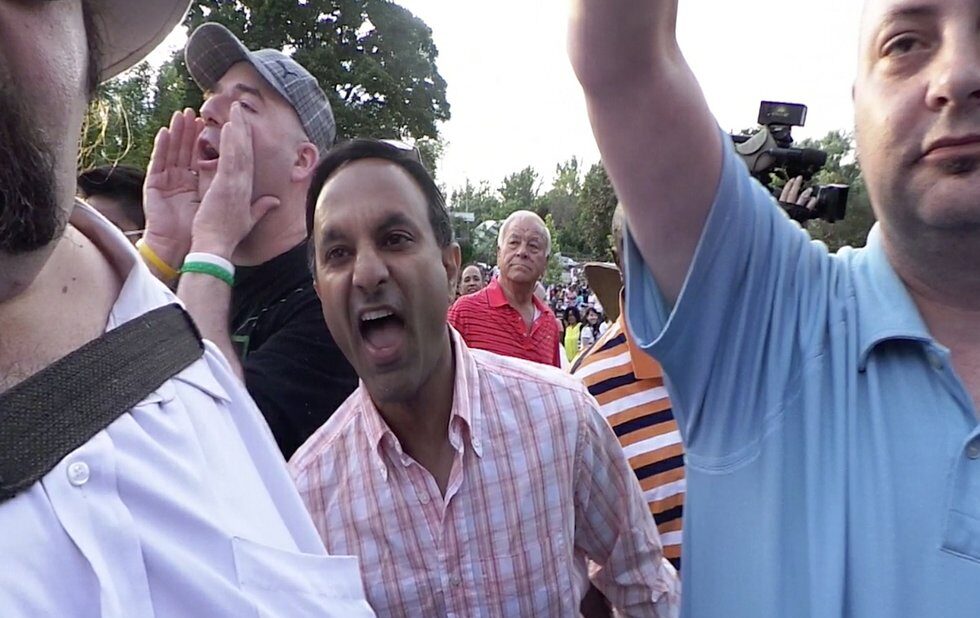 Hate litigation is no easy road in this country. It took years for Canada to develop its hate propaganda laws, which are criminally based with a high bar of proof. And then it was only thanks to some bold and daring citizens bringing forward complaints that the law was upheld by the Supreme Court.

Now, thanks to Mohamad Fakih, we have a ruling that permits those targeted by hate speech to use Canada’s defamation law to protect themselves against racist attacks.

Fakih grew up in Beirut during the Lebanese civil war. His mother was a victim of a bombing in the capital.

To escape the sectarian violence, Fakih immigrated to Canada shortly after a visit in 1998, eventually purchasing a small restaurant at Dixie and Eglinton in Mississauga. The restaurant, Paramount Fine Foods, would grow into a worldwide chain.

Fakih also happens to be Muslim and active in charity work. He counts his activism in promoting cross-cultural understanding as part of the Paramount brand. His businesses, for example, have employed recent refugees from Syria.

Last July, Fakih held a fundraiser for the Liberal Party at his Mississauga location. Two unwelcome guests, anti-Muslim agitators Ranendra “Ron” Banerjee and Kevin Johnston, showed up. Both are well-known fixtures at anti-Muslim gatherings in the GTA.

Johnston, who has recently been charged with promoting hatred against Muslims, continues to engage in efforts to demean the Canadian Muslim community, from referring to Muslims as “dirty” or “terrorist scumbags” to suggesting people “buy knives and learn how to use them.”

Johnston, who runs something he calls “Freedom Report” online, likes to shoot videos of himself being loud and hateful. His usual target is the Muslim community.

Banerjee, who is involved with a number of groups, including Canadian Hindu Advocacy and Rise Canada, both of which have been involved in efforts against Muslim prayer rooms in public school, once tweeted that “Muslims are rotten from the time they drop from their mother’s womb.”

On that day last July, Johnston and Banerjee showed up outside Paramount, reportedly to protest the federal government’s $10 million settlement with Omar Khadr. In a series of eight videos shot outside Fakih’s restaurant and later posted online, Johnston can be seen filming Banerjee who can be heard saying that you would have to be a “jihadist” and “raped your wife a few times” to be allowed in the restaurant.

In one clip, Johnston questions why a restaurant would be located in an industrial plaza unless it “was up to something nefarious.” In another, Johnston states that the event at Paramount is to raise money for Khadr “and terrorist ilk just like him.” The videos include the sound of Arabic incantation.

Fakih filed a defamation suit against Banerjee and Johnston over their statements alleging links to Muslim extremists and their “persistent efforts to sow discord in our communities.” Banerjee and Johnston in turn filed an application to dismiss the action invoking the public interest provisions of Ontario’s anti-SLAPP (Strategic Lawsuit Against Public Participation) legislation.

In 2015, Ontario passed the law attempting to give wider latitude to free speech on matters of public interest, which made it very difficult to bring defamation cases forward as long as the speech in question was within the public sphere and did not do personal damage to someone’s reputation.

Since this law came into effect, those who regularly harass the Muslim community can do or say virtually anything that focuses on their target’s faith and get away with it. Thankfully, that is no more.

In a preliminary decision in Fakih’s case, released June 20, Justice Shaun Nakatsuru of the Superior Court made it clear that racist histrionics are actionable.

Nakatsuru notes in his decision that he would be “undermining and trivializing the laudable objectives of this anti-SLAPP provision” if he allowed that Banerjee’s comments in particular fell within the sphere of public interest.

The judge concluded that Banerjee’s comments “go beyond offensive or hurtful expression. They involve hallmarks of hate.” Banerjee’s reference to patrons of the restaurant as “jihadists,” the judge writes, “and that only Muslim terrorists or insurgents were allowed into the Paramount restaurant… can only inspire extreme ill will and disdain.”

Nakatsuru goes further, describing Banerjee’s defence of his past-anti-Muslim pronouncements – among them, that Muslim prophet Muhammad was a pedophile and child molester – “not plausible.” He called Banerjee’s testimony “evasive.”

For example, Banerjee claimed not to be able to remember offensive tweets from an account for which he is an administrator. Banerjee also attempted to distance himself from Johnston after Fakih filed his libel suit, sending an email to Johnston claiming his comments outside Paramount were meant to be “personal [and] humorous.”

“We live in a free country where people have as much right to express outrageous and ridiculous opinions as moderate ones. I acknowledge that,” Nakatsuru concludes.

“But we also live in a country where alleged hateful and defamatory expressions can appropriately be litigated in the judicial system.”