We're in serious trouble when the narrative around anti-Islamic attitudes – and even violence – in Canada is being pushed by ostensibly reasonable people in the media, government and professional classes 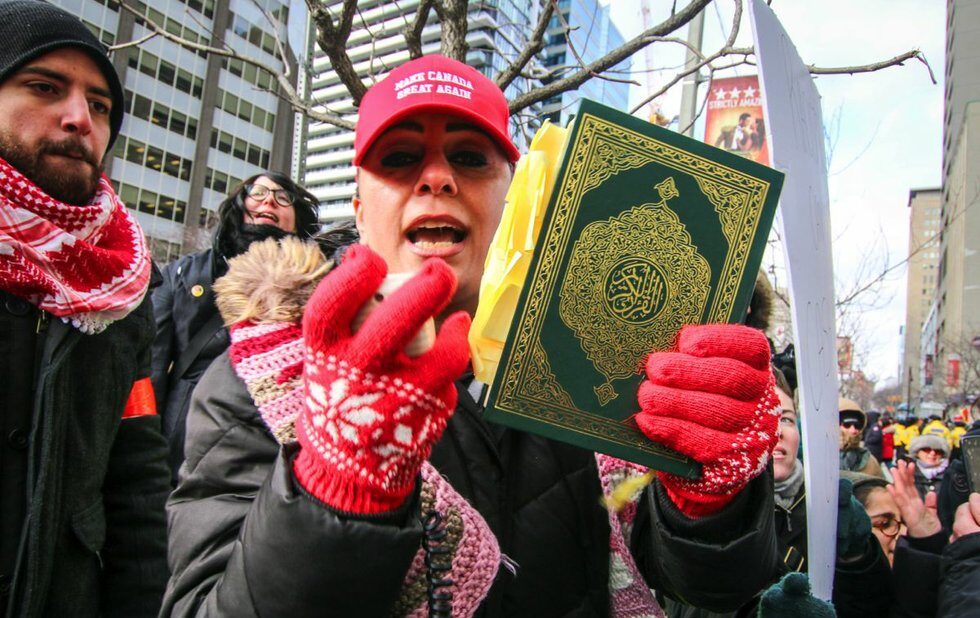 Conservative columnist Barbara Kay wrote in the National Post recently, “As is becoming the norm for groups mounting events that deal with conservative ideas or politically incorrect topics, locales are being kept secret until the last minute to avoid potential violence from Antifa-style activists.”

Kay was referring to a column I had written back in December for NOW about an “All-Day National Teach-In” organized by a group called Canadians for the Rule of Law, which was originally set to take place in a north Toronto synagogue but had to be moved, reportedly for security reasons, after my column caused the congregation’s rabbi to have second thoughts.

Kay wrote that I had doxxed the event. But all I was really trying to do was ask why any synagogue would host an event organized by a group that claims “political tribes” – “free speech disruptors and deniers on campuses, terrorist-funded Canadian jihadi organizers, Muslim Brotherhood public curriculum developers, hate speakers on social media [and] returning ISIL fighters” – are threatening the rule of law in Canada.

The event also featured controversial conservative figures, such as Calgary-based lawyer John Carpay from the Justice Centre for Constitutional Freedoms, who has compared the rainbow pride flag to swastikas. And Charles McVety, president of Canada Christian College, who has long been at the forefront of anti-gay and anti-Muslim campaigns (and more recently the Ford government’s crusade against the modern sex-ed curriculum.)

The conference eventually did take place last month at the Da Vinci Banquet Hall in Woodbridge. And it turns out concerns over security were warranted – but not from “Antifa-style activists.”

One of the attendees was Jasmin Zine, a sociology professor at Wilfrid Laurier University and an affiliated faculty member with the Islamophobia Research and Documentation Project at UC Berkeley, California. Zine claims she was physically assaulted while being removed from the conference.

No charges have been laid, but I can confirm that police are investigating. Zine is in Istanbul and could not be reached for comment.

But writing about the incident on TheConversation.com on April 1, Zine says she was removed after she challenged one of the speakers at the conference “for [past] remarks I felt promoted hatred against Muslims.”

That speaker was Christine Douglass-Williams, who in 2017 was removed from the Canadian Race Relations Foundation for Islamophobic remarks as well as concerns over her writing for Jihad Watch.

The challenge, Zine says, “caused a commotion” and she was asked to leave.

She says she stood up and started to go willingly. “I said their thinly veiled white supremacist views and Islamophobic fear-mongering is the kind of rhetoric that inspires white nationalist terror,” Zine writes. And that’s when she says “a man from the audience grabbed me and pulled me from the room.” She says no one intervened to help when she shouted that the man was hurting her. In fact, one of them shouted back, “You are lucky to even be in this country!”

Zine says she appealed to a former Toronto police officer and “security expert” in the audience, but he did not respond.

All cellphones had been surrendered by order of the conference, so there’s no video of the incident.

Zine writes that she attended the conference as part of her work to document and map what she calls the “Islamophobia industry” in Canada. That includes, white supremacist and alt-right groups, as well as the “covert players that form the soft power of this widespread industry” – namely the media outlets, think tanks, politicians and organizations “that help circulate bigotry by dressing it up as patriotism… through respectable channels.”

The conference of mostly lawyers from prominent legal firms and other professionals, definitely fell into the latter category. According to Zine, the idea that “Islamists” are infiltrating and imposing sharia law in Canada was a common narrative at the event, which began with a moment of silence. “It turns out the silence was not to commemorate the victims of this heinous hate crime, but rather to ‘honour free speech,’” writes Zine.

Conference organizers don’t deny that an incident took place but told TheConversation.com that the “unknown individual from the audience [that] seized the professor… on request, released her.” Which leads me to wonder why this “unknown” person was not reported.

The incident highlights the current narrative around anti-Islamic attitudes and even violence in Canada. This all took place, remember, just days after the massacre of Muslim worshippers in New Zealand – not to mention less than two weeks before Quebec announced legislation to ban religious symbols in public life, which is in essence an attack on Islamic dress.

What is so deeply disturbing is that the attendees were not thugs in black shirts, but ostensibly reasonable people, many from the Jewish and conservative Christian communities. When darkness gets a hold on what is supposedly the mainstream, we’re in very serious trouble indeed.