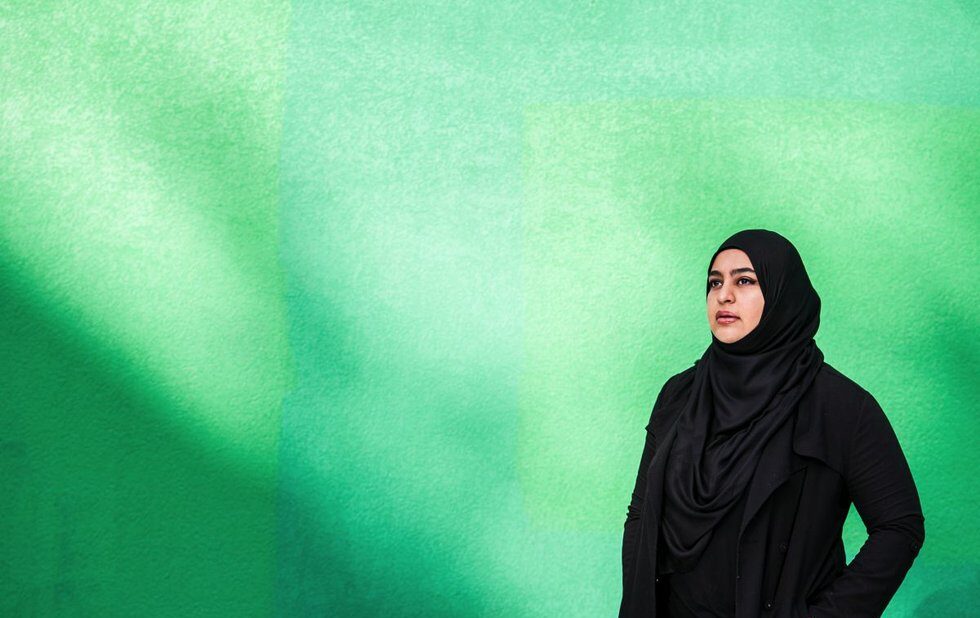 During a funeral oration for victims of last January’s Quebec City mosque massacre, Prime Minister Justin Trudeau promised that “we will rise from this darkness stronger and more unified than ever before. That is who we are.”

But many Canadian Muslims could be forgiven for wondering whether the PM’s self-assured paean to tolerance is, in fact, “who we are.”

The Ontario Human Rights Commission’s (OHRC) newly released Taking The Pulse report found that fewer than half the respondents had positive views of refugees (46 per cent), Muslims (45 per cent) or Arab people (44 per cent).

While some of the blame for growing anti-Muslim sentiment in Canada can be rightly linked to Donald Trump’s rise to power, the OHRC’s numbers tend to reflect a historic homegrown discrimination that saw a 253 per cent increase in police-reported hate crimes against Muslims in Canada between 2012 and 2015.

During that time, Stephen Harper’s Conservatives (with Liberal support) passed some of their most regressive legislation, from the inflammatory Zero Tolerance For Barbaric Cultural Practices Act to the infamous C-51 Anti-Terrorism Act, both of which disproportionately target members of the Muslim community.

“Canadians should not be smug nor take for granted the impact of global trends and also the role various Canadian actors may play in promoting Islamophobia here at home,” says Ihsaan Gardee, executive director of the National Council of Canadian Muslims (NCCM).

Gardee notes that the current rise in Islamophobia “also occurs against the backdrop of a time where there has been an alarming and well-documented rise in the growth of far-right extremism, which targets not only Muslims and those perceived to be Muslim but Canadians from other racial and religious backgrounds as well.”

NCCM’s continually updated online map of hate crimes across Canada sets out a chilling litany of racist graffiti, women having their hijabs ripped off, death threats, the firebombing of a mosque and a bullet fired into an Islamic centre where children were studying.

That hatred has also been manifested on the streets of Toronto and other Canadian cities by white extremist demonstrations – part of a national trend of violence committed by well over 100 racist and anti-Muslim groups – yet Canada’s spy agency, the Canadian Security Intelligence Services (CSIS), has studiously avoided treating far-right agitation as a security risk. Instead, the latest public CSIS threat assessment named “Islamic” extremism as the nation’s number-one threat despite a paucity of evidence. That distorted worldview was also illustrated by the RCMP’s October decision not to lay terrorism charges against the Quebec mosque shooter, Alexandre Bissonnette, which critics say perpetuates the harmful stereotype that only Muslims are terrorists, and never victims.

When Mississauga Liberal MP Iqra Khalid introduced the non-binding motion M-103 to condemn Islamophobia and study racial and religious discrimination earlier this year, she received thousands of hate messages, forcing her to change office protocol, from door locks to selective answering of the phones.

Meanwhile, at Dalhousie University, international studies student Masuma Khan continues to face a daily barrage of mutilation, rape and murder threats almost six months after she posted on social media about the decision of her student council to abstain from Canada 150 celebrations, calling them an “act of ongoing colonialism that glorifies continued theft from, and disenfranchisement of, the Indigenous peoples of Turtle Island (Canada).” Khan’s subsequent post calling out white fragility resulted in the threat of disciplinary action for an alleged student code of conduct violation.

While the action was only withdrawn after a national outcry – with one Dalhousie professor noting that none of the male dentistry students implicated in the notorious 2014 posting of misogynistic and homophobic messages ever faced such sanction – Khan continues to live with the fallout.

“I get called a terrorist when I walk down the street, I get spat on, I get told to go back home. I was born in Halifax,” says Khan. Despite the well-publicized threats, the university has not offered her security.

This fall, her campus began offering “emergency hijab kits” after reports of women having their head coverings spat upon or violently removed. Khan says they are unfortunate necessities, akin to first aid kits, in the event of attacks.

Khan is refusing to be silenced, but “even when I’m not speaking out I’m still not safe.”

During his 2015 election night victory, Trudeau shared an anecdote about a woman in hijab who reportedly told him she was voting Liberal “because she wants to make sure that her little girl has the right to make her own choices in life and that our government will protect those rights.”

“For families with flagged infants, the associated delays further complicate an already challenging travel schedule,” said Khan, who co-founded the fast-growing group No Fly List Kids. The organization is concerned that C-59 promises no proper redress system to eliminate information that wrongfully pegs youngsters as security risks, a stigmatization with traumatic results.

“As these children grow older, they become aware that they are the reason for the ever-present waiting and security scrutiny,” Khan notes. “When the children grow into teenagers and young adults, particularly young men, their innocence becomes less obvious…. Their delays become longer and the scrutiny more intense. This is not a future I want for my son.”

Matthew Behrens is a freelance writer and social justice advocate who has worked closely with targets of Canadian and U.S. national security profiling for many years.