A roundup of coronavirus news from Toronto and Ontario for January 25. 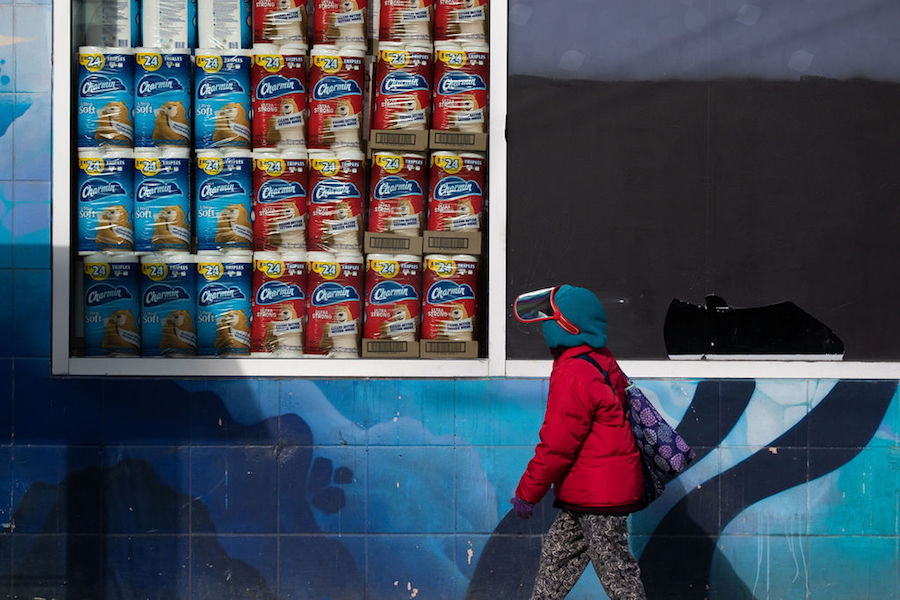 Ontario now has 34 cases of the UK coronavirus variant

5:44 pm Provincial public health officials have now confirmed there are 34 cases of the UK coronavirus variant in Ontario.

In addition to evidence indicating the virus is more transmissible, officials say there is more recent evidence to suggest that “it might cause more severe disease in some individuals.”

The province had confirmed 15 cases of the UK variant, known as B117, as of last Thursday. Over the weekend, officials in Simcoe Muskoka found six cases in the Roberta Place long-term care home, and another one at at Bradford Valley Care Community.

All positive samples from January 20 are now being tested to give public health officials a snapshot of how prevalent the UK variant is in Ontario.

Williams said Ontario’s COVID-19 numbers are “steadily” coming down. Today, the province reported the first daily increase below 2,000 for the first time since December 13 (previous counts below 2,000 were due to data reporting issues),

“A lot of the health units their numbers per 100,000 are coming down pretty well across the board, there’s a few sort of plateauing and levelling,” he said. “It tells us that we’re going in the right direction.”

However, he said this news must be taken with a “little grain of salt” given the UK variant is likely spreading in the province. He emphasized that residents must continue wearing masks and practicing physical distancing to prevent B117 from spreading further.

He also said travel restrictions may be necessary given the UK variant has been found in 60 countries.

Williams said the variant has probably been moving around in Ontario prior to the Roberta Place outbreak, which was declared on January 8.

“It’s probably been more prevalent than we think,” he said.

Police laid 40 charges for large gatherings over the weekend

Bylaw inspectors also visited 90 restaurants and bars over the weekend and said only two charges were laid under the Reopening Ontario Act.

Pegg said the majority of businesses are following the rules, but people using outdoor ice rinks after hours continues to be a problem.

2:35 pm Toronto’s Medical Officer of Health Eileen de Villa reported 767 new cases COVID-19 in the city. There are another 13 people in hospital, bringing the total COVID-19 patients to Toronto hospitals to 508. Fifteen more people have died in the past day.

During a press briefing at Queen’s Park, Premier Doug Ford said all people in those homes who want the vaccine will have received first doses by February 5 – 10 days earlier than previously announced.

Due to a production delay with Pfizer in Europe, Ottawa advised Ontario on Friday that the province would not receive any doses of the Pfizer-BioNTech vaccine this week, and a smaller amount than expected next week (just over 26,000).

Care home residents will receive second shots within 21-27 days of the first and all other groups will get the second doses within 42 days.

“Due to the delay in the next shipment of Pfizer vaccine doses, we are ensuring all available supplies are redirected to those who need them most: our residents in long-term care and retirement homes,” Ford said in a statement. “I know this will mean that some people may have to reschedule their vaccine appointments, but it is critical that our most vulnerable seniors receive the protection they need as soon as possible.”

The province has completed the first round of vaccinations in all long-term care homes in Toronto, Peel, York, Windsor-Essex, Durham, Halton, Hamilton, Niagara, Ottawa and Simcoe-Muskoka.

1:16 pm The province has extended the state of emergency declared earlier this month to February 9. Premier Doug Ford originally declared on January 12 and it was due to expire today.

The move extends the stay-at-home order, enforcement of the order and the temporary suspension of residential eviction enforcement. Measures introduced under the Reopening Ontario Act remain in effect.

12:13 am Canada Post sent home 350 employees and contract workers to self-isolate for 14 days on Friday as a “precautionary measure” following a COVID-19 outbreak in a Mississauga facility.

The Gateway East plant, located at 4567 Dixie, has had 190 positive cases since January 1. Peel Public Health found 42 cases among the workers, who all work on the same shift, last week via rapid testing.

The Canadian Union of Postal Workers said in a statement the workers will be paid while in self-isolation.

The Crown Corporation has extended voluntary testing to other workers in the facility.

11 am Ontario reported 1,958 new cases of COVID-19 on January 25, but with only 35,968 tests completed on the one-year anniversary of the province’s first confirmed COVID-19 case.

A total of 43 people died in the past 24 hours, among them 27 long-term care residents and one person between the ages of 40 and 59. There have been 413 deaths in the past week.

There are currently 23,620 active cases in the province, down more than 500 from the day before. Hospitalizations decreased by almost 40 to 1,398, including 397 patients in intensive care and 283 on ventilators.

As of yesterday, 280,573 doses of the vaccine have been administered, with just over 4,000 doses administered in the previous day.

10:35 am After confirming six cases of the highly transmissible UK coronavirus variant B117 in a Barrie long-term care home, public health officials in Simcoe Muskoka have confirmed a seventh case in the region.

“This individual had close contact with a person who is also part of a COVID-19 outbreak at Bradford Valley Care Community, a long-term care home (LTCH) in Bradford West Gwillimbury,” officials said in a statement, adding they are now investigating if that outbreak is also due to the UK variant.

“Given this situation, we are working together in partnership with the residence to implement additional measures to contain the spread while pursuing the necessary tests to determine if it is the UK variant of COVID-19 that is the cause of this outbreak,” said Dr. Charles Gardner, SMDHU’s Medical Officer of Health, in a statement.

Bradford Valley Care Community declared a COVID-19 outbreak on January 14. As of January 23, six residents out of 230 and three staff out of 260 have tested positive for the virus.

Seven of the 10 are facing charges, police said. One of them, Christopher Saccoccia – also known as Chris Sky on social media – became one of the first people to be charged criminally for failing to comply with the Quarantine Act.

On Saturday, police charged him with four counts of public mischief and one count of common nuisance.

Police also laid nine charges against protestors for failing to comply with the emergency orders, as well as three charges under the Highway Traffic Act.

This is the second weekend in a row anti-lockdown protests have taken place downtown after Ontario imposed a stay-at-home order. The order requires people stay home except for essential reasons and limits outdoor gatherings to five people.

Last weekend, officers hit protestors with 18 charges for failing to comply with the Emergency Management and Civil Protection Act.