A roundup of coronavirus news in Toronto and Ontario for January 26. 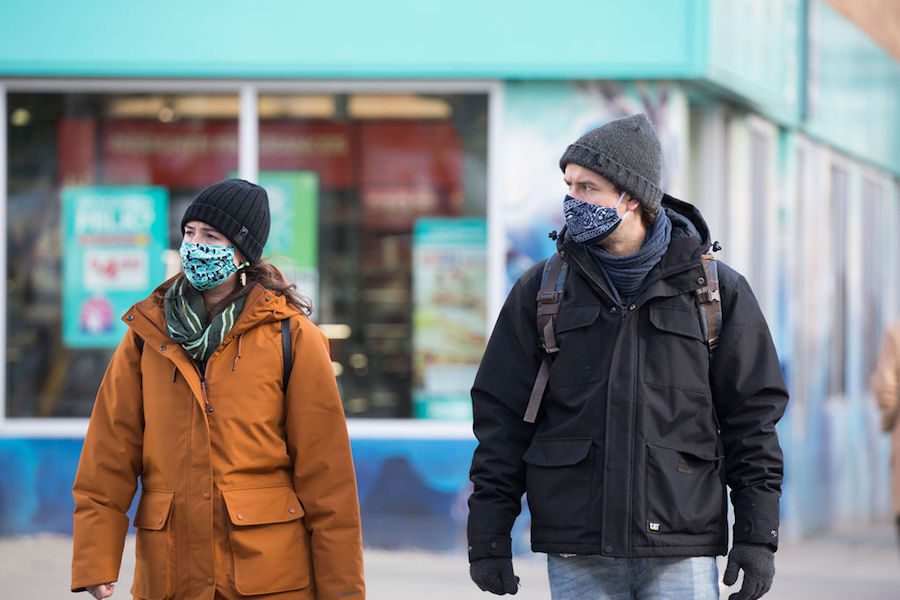 Casino mogul fined for getting COVID vaccine ahead of Indigenous people

Mental Health: It’s an important time to talk about death

Over 200 doctors call for changes in Ontario long-term care

3 pm A group of more than 200 doctors and researchers are calling on Ontario Premier Doug Ford to end for-profit long-term care and address staffing shortages in the sector.

The group, Doctors For Justice in LTC, calls COVID-19’s impact on the long-term care sector a “humanitarian crisis.”

In an open letter, the doctors say the province has not learned from the first wave and say the second wave has continued to see delayed responses to outbreaks, poor transparency, insufficient infection control practices and staffing shortages.

“While many countries had challenges managing the rapid spread of COVID-19, Canada had the highest proportion of LTC deaths as compared to other [Organization for Economic Co-operation and Development] countries,” the letter states. “In Ontario, this resulted in almost 2,000 deaths.

“Due to the Ontario government’s inaction in compelling improvements in private, for-profit settings and insufficient action broadly, LTC residents are at high risk of death from COVID-19,” the letter continues. “In many circumstances, residents are also left without basic care, hygiene, food and water. This is a human rights violation.”

The letter calls on the province to end for-profit care, set a minimum pay standard for frontline LTC staff consistent with the hospital sector, speed up vaccinations and ensure at least 70 per cent of staff at each home are full time, among other measures.

We are a group of 200+ doctors & researchers highly concerned about the #COVID19 humanitarian crisis in our LTC facilities.

2:39 pm Public health officials say 99 more people have had a positive first screening for a “variant of concern” that is likely the highly transmissible UK coronavirus variant.

The second part of the test, whole genome sequencing, will confirm the type of variant. “It’s expected that those results will likely be the UK variant,” officials said in a statement on Tuesday.

Most of the cases are connected to the long-term care home Roberta Place in Barrie where seven cases of the UK variant have already been detected.

However, two cases have no links to the home, which declared a COVID-19 outbreak on January 8.

“This certainly makes us concerned that the variant may be more widespread, and that in turn means that we need to really take public health measures that prevent spread of the virus much more to heart,” said Dr. Charles Gardner, medical officer of health for the Simcoe Muskoka District Health Unit, said in a statement.

Initial studies of have shown the UK variant spreads more rapidly. On Monday, Vanessa Allen, chief of microbiology and laboratory science at Public Health Ontario, said there is also evidence the variant may cause more severe illness in some people.

Ontario has confirmed 34 cases of the UK variant to date.

1:50 pm A group of Canadian scientists have launched a campaign to combat COVID-19 misinformation on social media.

A collective of concerned scientists, researchers, information experts, health-care providers, science communicators and organizations, Science Up First aims to push back against the falsehoods by offering hard facts and reality-based information.

Read the full story here or listen to a podcast interview below.

In a statement, Calgary-based Providence Therapeutics said its mRNA vaccine – known as PTX-COVID19-B – is “the first fully made-in Canada COVID vaccine to reach this stage of development.”

The phase 1 trial will involve 60 volunteers between ages of 18-65 divided into three groups of 20. Researchers will administer three different dose levels and a placebo in each group.

Assuming all goes well, Providence Therapeutics expects to make the vaccine available by the end of the year.

“The study will test the immunogenicity of the vaccine, as well as its safety for human use,” the company said. “Pending positive results, commercialization is estimated to begin end of 2021 or early 2022.”

The volunteer subjects will be monitored for a total of 13 months.

“However, there will be enough data accumulated by April 2021 to move into Phase 2 in May 2021, pending regulatory approval,” the company added.

The campaign, called Food for the LTC Frontline, is focusing on regions of the GTA hit hard by COVID-19 and aims to deliver 30,000 meals over the next two months. The hope is to expand beyond the GTA as donations come in over that period.

“We are so much in debt to all of the frontline health workers who are caring for our seniors in long-term care homes during the second wave of the pandemic,” said Paramount CEO Mohamad Fakih in a statement. “I grew up believing that how we care for our seniors says a lot about us and our community. And the way to impact that right now is to treat our seniors’ caregivers, with respect and appreciation.”

You can donate to the campaign here.

Fakih recently served 500 meals to people in Regent Park in honour of Yassin Dabeh, a 19-year-old Syrian refugee who became one of the youngest people in Ontario to die from COVID-19 last week.

The teen was working as a cleaner in a long-term care home in London-Middlesex.

Cooking 500 meals in Regent Park for people in need. In honour and remembrance of Yassin Dabeh and over 3000 seniors and
frontline workers who have died in LTCs#LTCFrontlineFoodhttps://t.co/wrBjpLmzYB pic.twitter.com/7Sd1PhoLlY

The program will give low-interest loans of up to $1 million to businesses “hardest hit” by the pandemic.

The PM says the loans are “100 per cent” government backed and can be used to cover rent, utilities and help with payroll.

Health Minister Christine Elliott said there were 1,740 new infections confirmed in the province in the past 24 hours. The positivity rate is now 5.9 per cent.

Today’s count is the second time single-day increases in new infections fell below the 2,000 mark since December 13. On Monday, the province recorded 1,958 new cases.

Yesterday, Ontario’s Chief Medical Officer of Health David Williams said during a press briefing at Queen’s Park that Monday’s count was the first day new infections dipped below 2,000 since December. The province has reported an increase below 2,000 since then but that was due to issues with data reporting in some regions.

Williams added that lockdown measures have led to a steady decline in spread, but the new fast-transmitting UK COVID variant threatens to undo the province’s progress.

Ontario’s seven-day rolling average for new cases is now 2,346, down from 2,893 this time last week.

Another 63 people have died in the past day, including 35 long-term care residents. To date, the virus has killed 5,909 people in Ontario.

Labs in the province completed 30,700 tests in the past day.

10 am European Union officials are threatening to block COVID-19 vaccine exports amid delays in the bloc’s vaccination rollout.

Officials might impose strict export controls on all vaccines produced within the EU to make sure the 27-country bloc receives shipments as expected.

Such a move could delay Canada’s vaccine rollout. Both the Pfizer-BioNTech and Moderna vaccines Canada is currently receiving are produced in Europe.

Pfizer has already informed the federal government that production delays in its Brussels plant will slow deliveries. As a result, Ontario will receive no new vaccine doses this week and less than expected next week.

Prime Minister Justin Trudeau’s government is in charge of procuring vaccines and distributing them to the provinces. He has repeatedly said all Canadians who want to receive a COVID-19 vaccine will get one by September.

Now the companies must deliver & honour their obligations. We will set up a vaccine export transparency mechanism.

EU is committed to contribute. But we also mean business. pic.twitter.com/lvq0KkCWJD

10 am A Vancouver couple is making international headlines for allegedly chartering a plane to a remote Indigenous community in the Yukon in order to get the COVID-19 vaccine early.

Rodney Baker has since resigned as CEO of Great Canadian Gaming Corp. He and his girlfriend, actor Ekaterina Baker, are facing a maximum fine of $500 and up to six months in jail if convicted of failure to self-isolate and failure to follow the territory’s emergency legislation.

White River First Nation, a community of 100 people, released a statement to express concern that the actions of the couple have placed the community at risk.

White River was selected for vaccinations due to its remote location, elderly and high-risk residents, and limited access to health care.