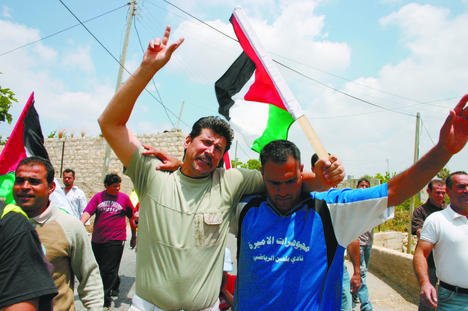 On May 15, a petition calling on the Minister of National Revenue to revoke the charitable status of the Jewish National Fund’s Canadian branch (JNF-Canada) was presented in the House of Commons by Quebec MP Pierre-Luc Dusseault.

The petition has been endorsed by more than 3,500 signatories, including the writer-physician Dr. Gabor Mate, former UN Ambassador for Disarmament Peggy Mason and a retired former diplomat to Israel, as well as several NDP MPs.

JNF-Canada’s charitable status has long been controversial. The organization, “committed to reclaiming the Jewish homeland and to making Israel beautiful, strong and peaceful,” has managed to retain this status despite contraventions of international law and Canadian public policy.

JNF has been the subject of a Canada Revenue Agency audit since 2016 over a complaint that it used charitable donations to build roads, training and other infrastructure for the Israel Defense Forces. CRA guidelines clearly state that “supporting the armed forces of another country” does not constitute a legitimate charitable activity. JNF says it’s no longer involved in the projects.

But the group continues to restrict the leasing of land it owns in Israel and the occupied territories exclusively to Jews, a practice that has been deemed discriminatory by the U.S. State Department, the UN Committee on Economic, Social, and Cultural Rights, and Israel’s own Attorney General.

This would seem to disqualify JNF from charitable status in Canada, since CRA guidelines explicitly state that a charity “cannot restrict delivery of the benefits to a certain group or class of persons without adequate justification.”

A majority of its environmental projects are actually situated on demolished Palestinian villages. According to Israeli NGO Zochrot (“Remembering”), 46 out of 68 of JNF’s forestation projects have been built on the ruins of 89 Palestinian villages destroyed during the 1948 and 1967 wars. JNF official Michael Katorza has been quoted as admitting that “a large portion of JNF parks are on lands where Palestinian villages used to stand, and the forests are intended to camouflage this.”

One such exercise in “camouflage” is JNF-Canada’s flagship project, Ayalon Canada Park, which is planted over three villages – Imwas, Beit Nuba and Yalo – depopulated of their Palestinian inhabitants during Israel’s 1967 offensive in the West Bank. Internal documents from the Government of Canada acknowledge that Canada Park is located on occupied land.

To be sure, activities aimed at cementing permanent Israeli control over the occupied territories are a violation of the Fourth Geneva Convention, and likely constitute war crimes under the statute of the International Criminal Court.

As the CRA recently noted in its decision to revoke the status of Beth Oloth Charitable Organization, another Jewish charity that has raised money to support Israel’s military, “providing assistance to Israeli settlements in the occupied territories serves to encourage and enhance the permanency of the infrastructure and settlements and therefore is contrary to Canada’s public policy and international law on this issue.”

While the federal Liberal government ended the Harper government’s notoriously discriminatory use of charity audits, the case of JNF-Canada indicates a continuing double standard. Several Muslim charities, on the other hand, have been penalized and stigmatized for far more tangential associations with alleged terrorism and hate speech.

Between 2013 and 2017, for example, the CRA revoked the status of three charities affiliated with the Islamic Society of North America-Canada for gifting money to a Canadian organization that donated to a Kashmiri humanitarian organization with possible connections to a Pakistan-linked political organization whose armed wing has been designated a terrorist organization by India and the EU (but not Canada).

In 2018, the Ottawa Islamic Centre and Assalam Mosque lost their charitable status for hosting talks more than five years earlier by three speakers who had previously made hateful or controversial comments at other venues.

Meanwhile, speakers at recent JNF-Canada events have included an Israeli academic who has suggested that Palestinian women should be raped to deter “terrorism,” a general charged by a British court with war crimes against Palestinians and a developer of illegal settlements in the occupied Golan Heights.

If CRA takes its regulations seriously, it’s time they applied them equally across the board.

Corey Balsam is national coordinator of Independent Jewish Voices Canada, which backed a 2017 CRA complaint against JNF-Canada. Azeezah Kanji is a legal academic and writer based in Toronto.