The Joker star, who has been a vegan most of his life, joined activists outside the facility where Regan Russell was killed earlier this year 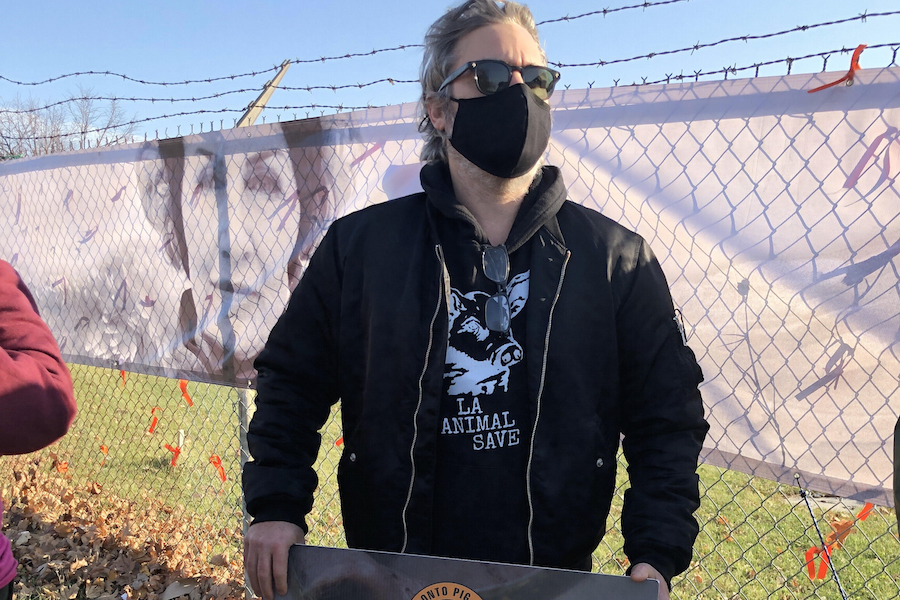 “I’m here to honour Regan Russell and all the animal activists who dedicate their lives to ending this injustice,” Phoenix was quoted as saying in a Pig Save press statement released Friday morning.

The acclaimed actor and Joker star, who has been a vegan for most of his life, joined Russell’s stepson at the vigil.

“We were struck by his humble, courteous nature and really appreciated the moments we had to talk with him and share stories about Regan,” said Joshua Powell.

Regan was struck and killed by a truck transporting pigs outside Sofina’s Fearmans slaughterhouse in Burlington on June 19. The 65-year-old lifelong activist was part of a vigil with Toronto Pig Save to protest Bill 156, the province’s so-called “ag-gag” law.