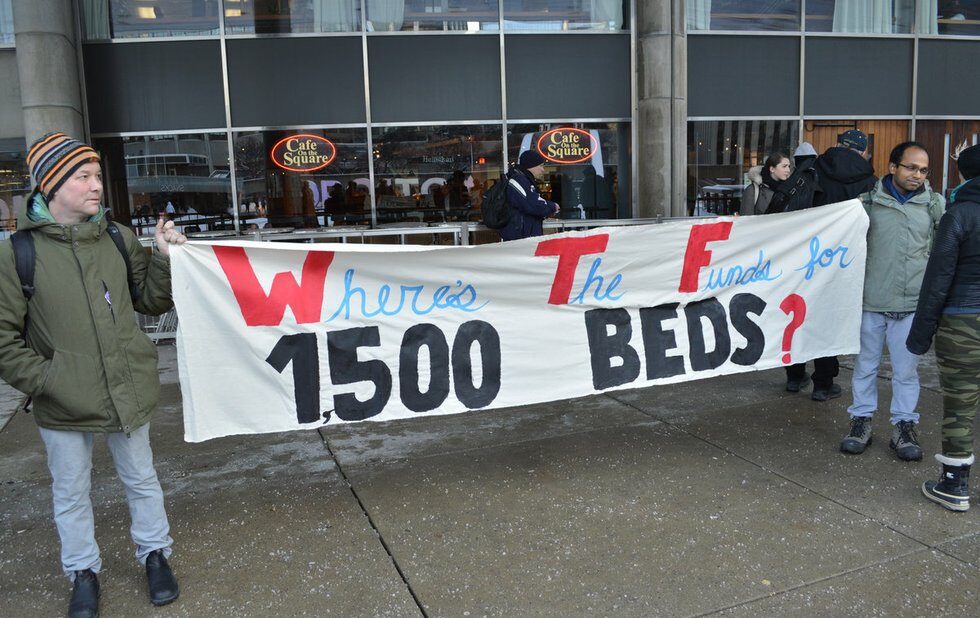 It was a fairy tale budget day at City Hall last Monday (February 12), but not for anti-poverty activists looking for more funds to help take the pressure off Toronto’s overburdened shelter system.

Organizers with the Ontario Coalition Against Poverty showed up with about 50 supporters wearing T-shirts and carrying cloth handbags that read, “This is a crisis open shelters now.” A few wore oversized cardboard band-aids to highlight council’s makeshift approach to what frontline workers describe as a humanitarian crisis in Toronto’s shelter system. They were forced to remove them before being allowed through security.

Inside the council chamber, a city budget officer was reading out the executive summary of the 2018 operating budget when OCAP organizer Yogi Acharya started shouting down from the media gallery at Mayor John Tory.

“I just want to take a minute to address Goldilocks Tory over there,” said Acharya. “Now Mr. Tory we all know that you have a comfortable bed to sleep in, but the budget that you’re championing is going to make sure that hundreds of homeless people who don’t have a bed today still won’t have a bed a year from now. Mr. Tory, you need to add at least a thousand beds this year.”

But Acharya doesn’t get to finish. Two security officers escort him to the elevator before the public gallery is also cleared of OCAP supporters who break into a chant on their way out. “Hey John Tory, a thousand beds or you’ll be sorry!” 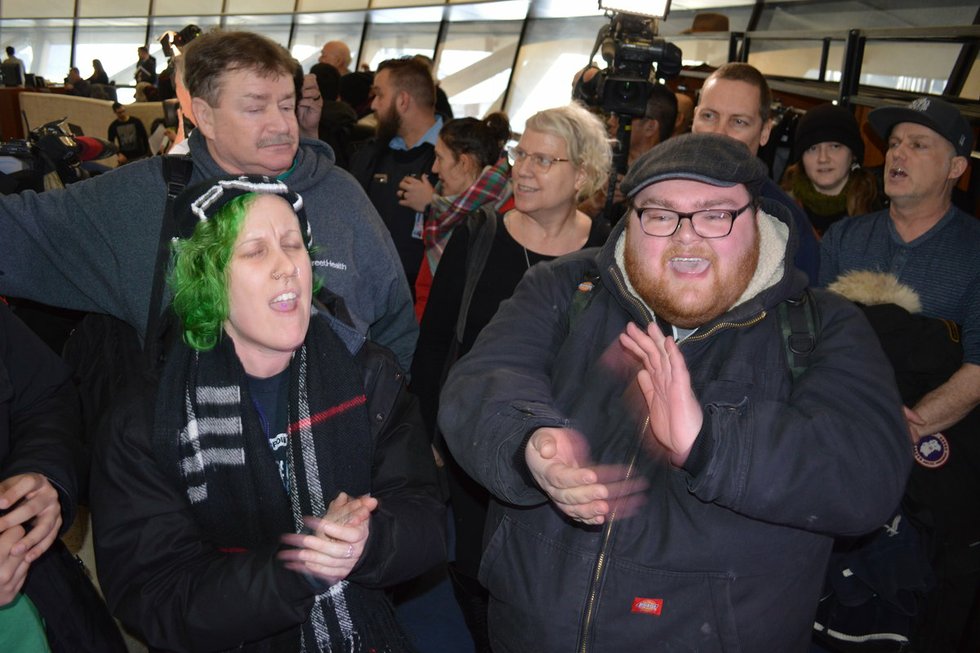 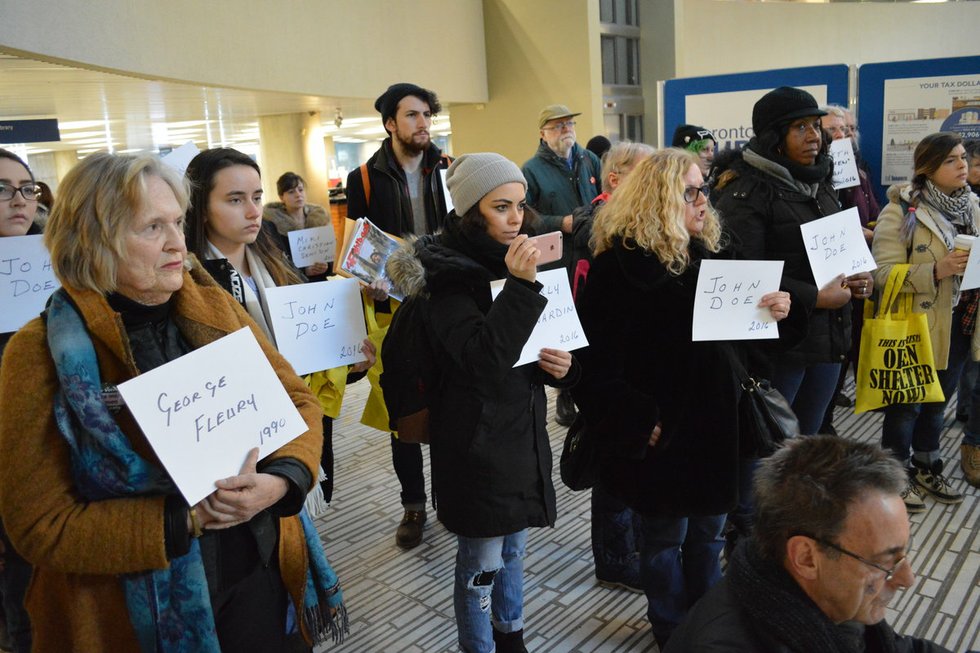 The mayor has been taking it from all sides for what he calls his “just right” budget, evoking comparisons to Goldilocks in the fairy tale about the three bears, to suggest that the city’s financial blueprint for 2018 has struck the right balance with something for everyone, including funds for 361 new shelter spaces.

Not nearly good enough, say activists and frontline workers who say at least 1000 new shelter beds are needed. The mayor would later vote in favour of a motion by Councillor Kristyn Wong-Tam to “make all reasonable efforts to expedite the expansion of permanent shelter beds by 1,000 in 2018.”

The move marks the latest turnaround by Tory in recent months over his administration’s seeming reluctance to address a growing overcrowding problem, despite growing public outrage and protests by anti-poverty activists. Extreme cold weather conditions and public pressure elbowed Tory into calling the feds to open up Fort York and Moss Park armouries in December.

But the motion tabled by Wong-Tam doesn’t commit the city to adding 1,000 beds this year. The new shelter spaces won’t become available until later in the year, which means that some 700 people will continue to have to stay in the sub-standard respite centres opened recently to handle the overflow. 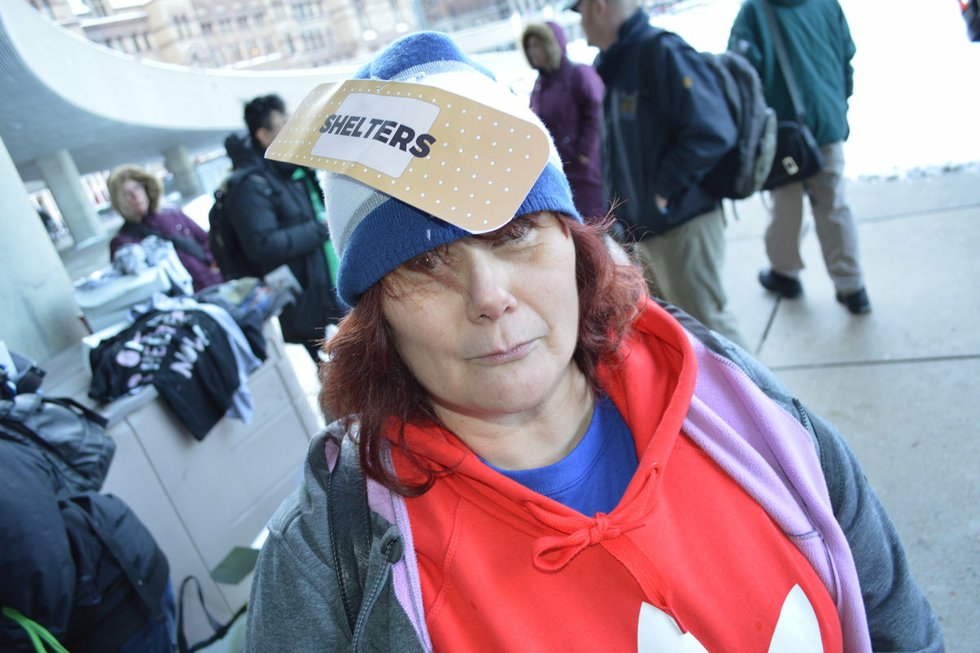 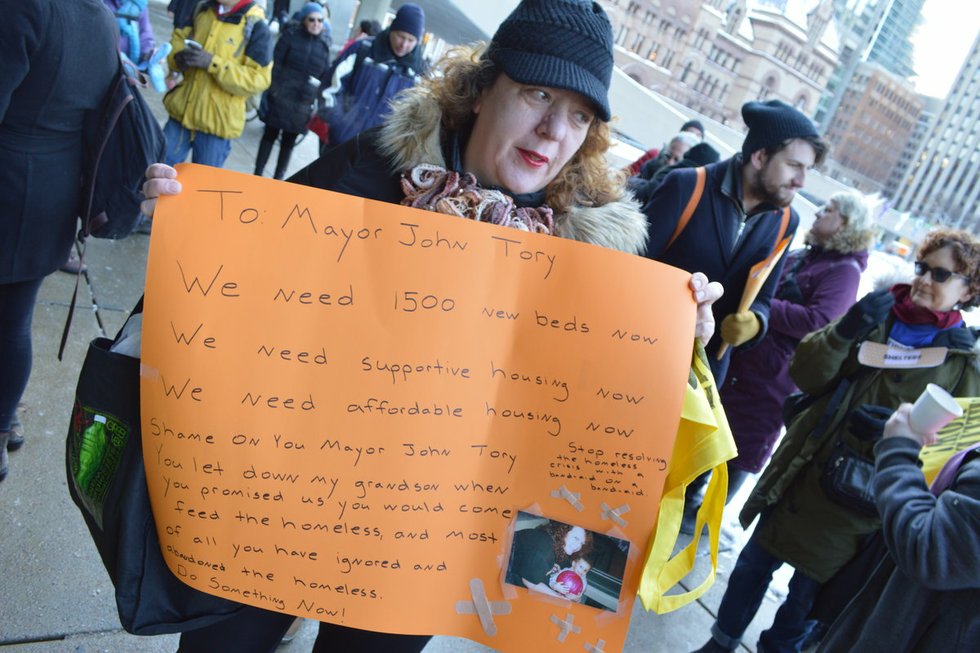 Shelter worker Sandi Guignard, another among OCAP supporters, says the overcrowding is causing an increase in violence “because people are just stressed.”

Molly Bannerman, a volunteer with the Toronto Overdose Prevention Society that runs the Moss Park overdose prevention site, says street-involved people are being abandoned by the city.

“We can’t be sending people who we’ve just saved their lives out into the fucking cold,” says Bannerman. “We need housing.” 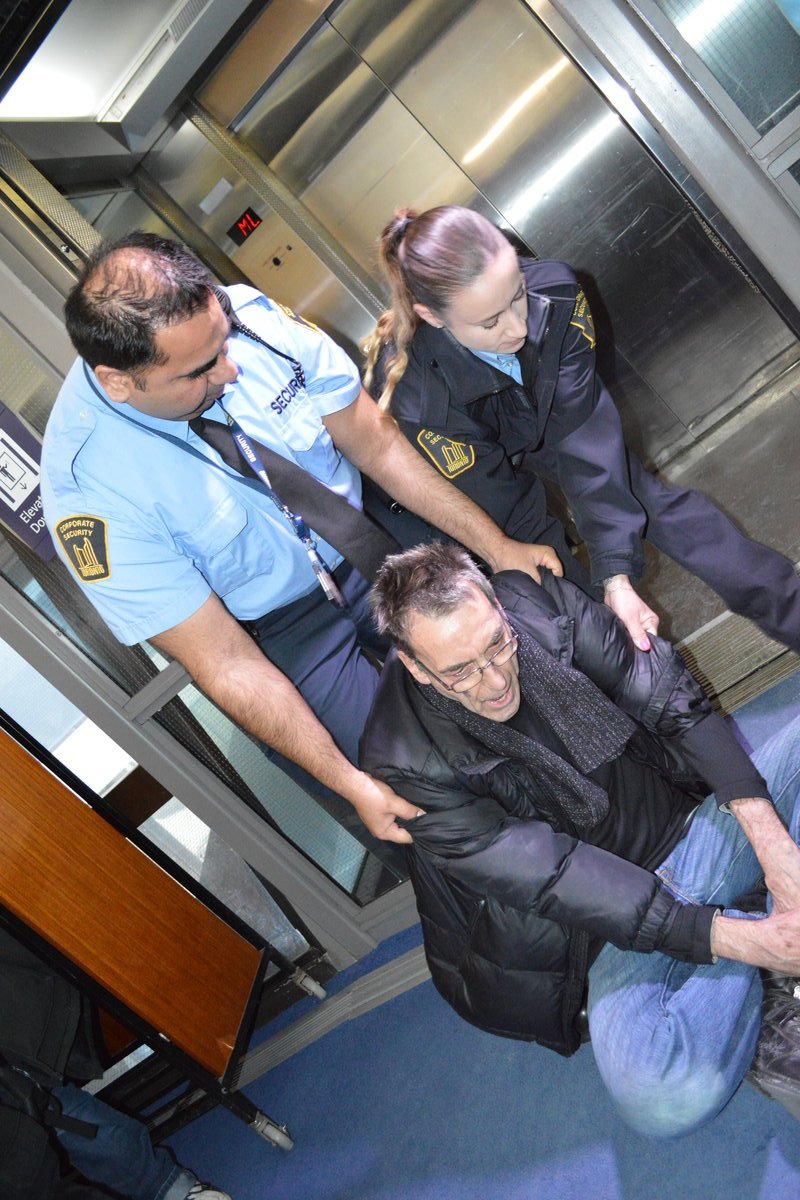 With files from Yogi Acharya.