John Tory at the centre of web blocking police reform

Plus, why Canadians may never know the truth about Nova Scotia mass shooting and Doug Ford spreading misinformation on class sizes in reader mail this week 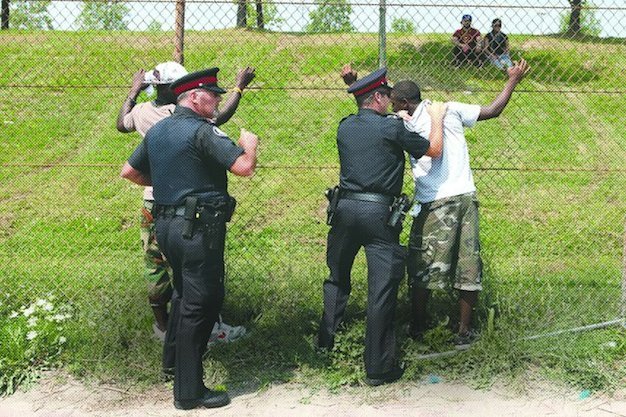 How can a story about the Police Services Board blocking serious reform not mention the spider at the centre of its web: John Tory? (NOW Online, August 14) Mark Saunders was Tory’s choice to maintain the status quo, or Tory’s version of it. He pretty much did that job.

Multiple studies and inquiries have all come to the same conclusion – Black people are extra scrutinized, extra targeted, extra charged and subjected to extra violence by police just because of who they are. When will the Toronto Police Service, its Board and the City finally take action on all levels – not window dressing, but deep, unequivocal, system-wide change – to actually make the police system safe for Black people?

Canadians may never hear the truth about mass shooting

I agree that the whole Nova Scotia mass shooting investigation smells (NOW Online, August 3). People warned the RCMP years ago that Gabriel Wortman had firearms, apparently had no licence and yet they never checked in to it. Hope the victims’ families and the rest of the country get to hear the truth but I am afraid that will not happen.

Blissed out on BBQ

Re The Best BBQ Restaurants In Toronto (NOW Online, August 11). Man, love this list and these articles by Natalia Manzocco. Such a compelling balance of dramatic flare and practical info.

The language of circular economy is big money

Re David Suzuki: Circular Economy Is Too Important To Be Co-opted By Industry (NOW Online, August 13). Big business interests are definitely pulling governmental strings to access land and natural resources to which they perceive a political, economic and ethical right.

The only language our capitalist system and politicians understand is big money. Exacerbating matters is the fact that almost all of our information is still produced by a news media preoccupied with the economy and job creation.

I started covering the terrible treatment of older Canadians in for-profit nursing homes back in 1985 as a young journalist. However, even with all my knowledge, I was helpless as I watched my own mother become a shell of herself. The family was given little notice and no choice about her placement.

To try and help mom, we paid for a wonderful personal-care worker. Yet this was still not enough to keep adequate watch over her.

Mom had severe rheumatoid arthritis and got no help for her condition. She was put on psychiatric drugs that turned her into a zombie. She became despondent, and she was often malnourished and dehydrated.

Eventually she became, in effect, totally physically disabled and had no control over her body at all. Mom often ate and drank nothing unless a family member or her hired care worker were there to feed her. There was a large turnover of staff at her home. Most of whom were stressed out and working part-time at numerous homes to get by on terrible pay. No one helped her as she fell apart. After four years in that hell hole, she had deteriorated so much that the a woman who weighed 144 pounds when she went into the home, weighed only 55 pounds when she died.

Good hygiene and water are the first line of defense against not only COVID-19, but numerous diseases. The federal government should be investing in an emergency global fund to help at-risk people in remote areas, slums, and vulnerable countries. The COVID-19 pandemic proves that to combat any issue, we must stand together as a united world.