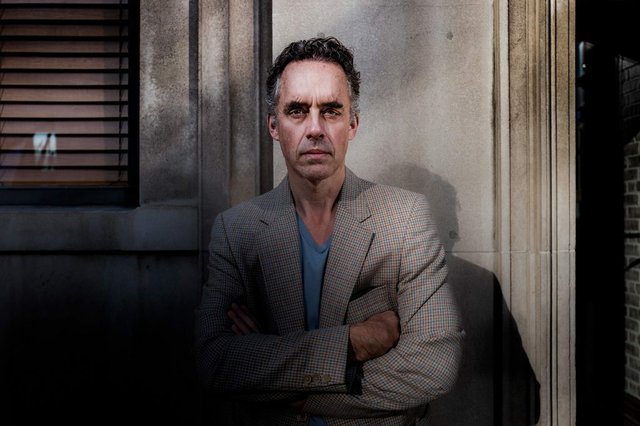 Back in the old days of the Bush administration, there were all sorts of attacks on academic freedom in the U.S. But those almost always came from politicians outside of academia. That’s how we got the travesty of Terri Schiavo. But even in those bad old days politicians who might step into the realm of science, would maintain a certain distance, for example, on appointments to national science panels.

All that has gone by the wayside. Now, the Trump administration appoints charlatans without regard to their professional credentials. In fact, having any bonafides is considered a drawback, if not an absolute disqualifying mark.

The election of Donald Trump has shown us how quickly values an entire nation thought sacrosanct may be disposed of virtually overnight, and institutions that have been the bedrock of a nation and its democracy over generations appear to dissolve in front of our eyes. This can happen in academia as well. It is happening right now with the rise of the alt-right on U.S. campuses.

And the reverberations are now being felt in Canada where University of Toronto psychology professor Jordan Peterson, who has been at the centre of the war on non-binary gender pronouns, is planning to launch his own assault on academic freedom – a website modeled after similar right-wing censors in the U.S. targeting social science disciplines he dubs “post-modern neo-Marxist.”

Peterson’s stated aim with the website is to allow students to rate their professors. But his goal, he says, is to reduce enrollment in university social science and humanities classes that he describes as “indoctrination cults.” These include gender and racial studies, and even English literature and schools of education, which he calls “corrupt.”

Senior faculty members at UofT have expressed “deep concern” to the university administration warning in a letter made public last week that the website will “generate harassment” and lead to “unsafe work and study conditions for students, faculty and staff.”

The letter asks university administrators “to proactively prevent this harassment before it begins,” noting Peterson’s “violence-tinged” language in the past to describe courses he disapproves of as “bordering on murderous.”

Peterson has used defamatory, inflammatory and even violent terms to describe his academic opponents who take issue with his opposition to the use of gender pronouns, in particular, the federal government’s adding of “gender identity and gender expression” to the list of prohibited grounds for discrimination in the Canadian Human Rights Act.

He’s also bemoaned the fact that men cannot “control crazy women” because men can’t fight them. Because of such a gender disparity, he feels disempowered from schooling his female opponents in academia.

Someone at the university needs to remind Peterson that university teaching is not the same as pugilism. Academics don’t settle disputes with fistfights, much as he might prefer. And the age of jousting or duels is long over.

But Peterson’s new venture has taken his attack to an entirely new level. Now he wants to ban any course which explores progressive social or political movements of which he disapproves.

Fueled by more than $500,000 in funds raised through Indiegogo campaigns and his Patreon-funded broadsides online, his proposed website will use an artificial intelligence algorithm he calls a “post-modern lexicon detector” to ferret out enemies. If it sounds like junk science, that’s because it is.

There is no reasonable way to detect based on a course description what the so-called ideological underpinnings of the instructor or course are. The only way to do this is by attending the class or by interviewing the instructor and reviewing the entire syllabus and reading list.

Also, there is no such term as “post-modern neo-Marxist.” Separately, the terms might have meaning but in combining the two Peterson turns them into ideological slogans and a stand-in for whatever academic field he finds politically objectionable. It sounds like what Peterson wants is to raise a billion dollars to start his own Institute of Freedom from gender, race and every other detestable -ism.

The very terms Peterson uses to describe his detractors are reminiscent of the tactics of academic blacklisting of the far-right Israeli NGO, Im Tirtzu (IT). It too funded a purported academic project cataloguing courses taught at Israeli universities. In this case, academic courses offering what IT called “post-Zionist” content.

The NGO uses the term “post-Zionism” to portray a purported movement within academia seeking to destroy Zionism and with it the conventional Israeli state.  Needless to say, academic courses don’t advocate for political outcomes. They study developments in their field, including political developments. They may even suggest alternatives to existing political or social structures. But they don’t go into the streets demanding anything. The classroom is a place of study, debate and deliberation. The street is a place of protest. But one does not necessarily lead directly to the other.

Instead of opposing Im Tirzu’s campaign, Israeli university administrators sought to placate it.  They funded courses and proposed studies to respond to the demands. They got along to get along. They knew that Im Tirzu had powerful political patrons and it was best not to take a firm stand against it.

Other Israel advocacy groups in the U.S. adopted the tactic with a vengeance – among them  Daniel Pipes’s Campus Watch and David Horowitz’s Freedom Center and its publication, 101 Most Dangerous Professors in America.  Pipes in particular sought to compile lists of courses and professors as reported by students themselves for their alleged anti-Israel bias.

It sounds almost precisely what Peterson is doing except targeting a different shibboleth. Though the terms might be different (post-modernism vs. post-Zionism), the overall goals are quite similar. They aim  to defang academia of broad, diverse discourse. They aim to dumb-down and turn it into a homogenous set of disciplines which adhere to ideological principles dressed up in an academic gown.

Richard Silverstein is a U.S.-based freelance journalist and blogger for Tikun Olam and Middle East Eye. A different version of this story appears here.

Updated Tuesday, November 14, 12:26 pm: According to several news reports, Jordan Peterson has put plans for his website on hold. We will update this story as news become available.