Top COVID-19 stories and news This is. 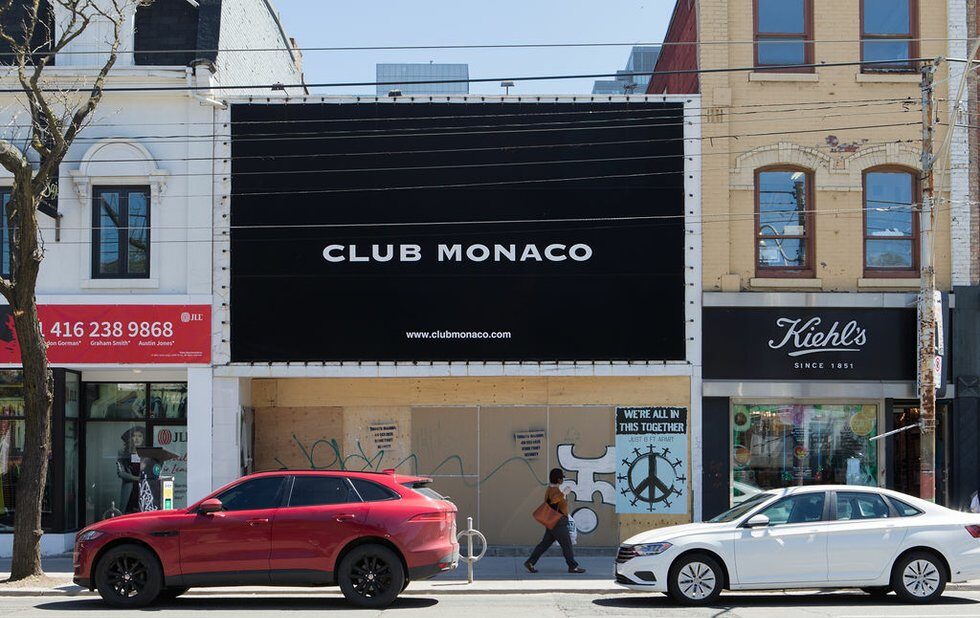 4:47 pm Toronto pools could reopen as early as June 19

The mayor said pools and other aquatic amenities, such as swimming beaches, wading pools and splash pads, will be ready to open if Toronto is given a green light to move into stage 2 on June 19. Details of the SwimTO plan will be released soon.

There are more than 300 city-run outdoor aquatic amenities in Toronto, including 59 outdoor pools.

At today’s press briefing at city hall, Toronto’s Medical Officer of Health Eileen de Villa said there are “clear signs of progress” in the local fight against COVID-19.

Lockdown measures will continue to be in place in Toronto as much of Ontario moves into the second stage of the provincial reopening plan on Friday. De Villa said she will share details about the “monitoring indicators” TPH is using to gauge progress and to determine when it will be safe for Toronto to move into stage two.

“We are certainly seeing progress here in Toronto with a reduction in new cases and in hospitalizations,” she said. “I will keep you updated on our progress as we move forward towards reopening.”

De Villa added that public health is seeing the highest number of new cases of COVID-19 among people in their 50s. The data shows the infection is spreading in situations when someone is in close contact to an infected individual, such a in a household or work place.

Post-secondary schools will gradually reopen in Ontario this summer. Colleges and Universities Minister Ross Romano announced on Wednesday that limited in-person education and training will resume in July for students were unable to graduate due to COVID-19 closures.

In the first phase of the plan, schools can provide instruction for students in essential, frontline and high labour market areas such as nursing, personal support workers and engineering.

In September, schools will resume with a variety of learning options, such as virtual learning, in-class instruction or hybrid formats.

The plan was developed with Ontario’s Chief Medical Officer of Health and specific guidelines for the summer reopening will be coming in the days ahead.

In the summer sessions, there will be limits on the number of students per campus. The province estimates more than 6,000 college students and 2,000 university students will be eligible to return to school this summer.

Schools were forced to close in March as part of emergency orders passed to curb spread of COVID-19.

1:44 pm Premier and cabinet ministers to be tested for COVID-19

Premier Doug Ford and Health Minister Christine Elliott cancelled their appearance at today’s Queen’s Park news conference after Education Minister Stephen Lecce learned “that he had come in contact with someone who had tested positive” for COVID-19.

In a statement, the premier’s office said Lecce was tested for COVID-19 yesterday and Ford and Elliott will be tested today. The public will be notified of the test results.

Ford, Elliott and Lecce appeared together at a news conference on Tuesday to announce the provincial plan to reopen child-care centres.

UPDATE: Lecce has tweeted that his test came back negative.

Provincial public health officials have reported 251 new cases of COVID-19, a 0.7 per cent increase over the previous day.

Ontario has now seen new case increases of below 300 for three days straight. There were 230 new cases reported on Tuesday and 243 new cases confirmed on Monday.

After a low number of tests reported on Tuesday, testing was back up and close to the provincial capacity of 20,000. There were 19,941 tests completed since yesterday and another 13,897 cases are under investigation.

10:22 am Starbucks to close up to 200 Canadian stores over next two years

Seattle-based coffee chain Starbucks plans to close up to 200 stores over the next two years.

In a filing to U.S. securities regulators on Wednesday, the company said: “We will restructure our company-operated business in Canada over the next two years, with the potential of up to 200 additional stores being closed, with some of those stores being repositioned.”

By the end of May, the company had reopened 88 per cent of its Canadian stores that had closed due to COVID-19 lockdown measures.

Starbucks typically closes 100 stores per year in the Americas, according to the document, mostly due to lease expirations, trade-area shifts and other market conditions.

The company also plans to close 400 stores over the next 18 months in the U.S.

In all, Starbucks expects to open around 300 new stores in the Americas in the 2020 fiscal year, down from the original target of 600. Starbucks eventually plans to reposition stores in new locations “with innovative store formats.”

Etobicoke North councillor Michael Ford said in a statement on Tuesday night that he’s tested positive for COVID-19. He is in self-isolation and will continue to participate in city meetings virtually.

“I am feeling well and will continue to remain in constant contact with Toronto Public Health,” he said.

Ford is the nephew of Premier Doug Ford. In 2016, he was elected to the city council seat held by his uncle, former Mayor Rob Ford. He was re-elected in 2018.