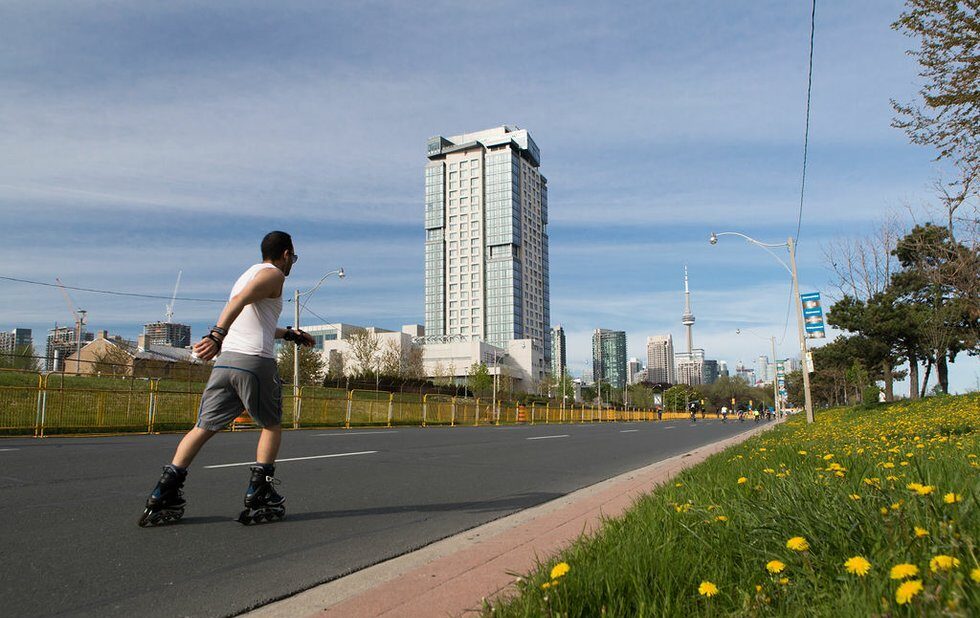 As the city gradually reopens, Toronto Public Health has launched a dashboard to monitor progress in curbing COVID-19 spread.

Medical Officer of Health Eileen de Villa has shared a presentation based on current data that shows lab testing and virus containment are both yellow, while health and public health system capacities are green.

During today’s city hall news conference, de Villa said hospitalizations in Toronto are on the decline – meaning fewer people are getting really sick – and cases are going down. Outbreaks in institutional and congregate living settings are slowly decreasing.

Toronto Board of Health Chair Joe Cressy said the dashboard is important for public trust and transparency as the city reopens. Much of Ontario is moving into the second stage of the provincial government’s reopening plan today, but the earlier Toronto will begin stage two is June 19.

Cressy added the dashboard doesn’t show data on how the virus is disproportionately impacts low-income people, a trend public health officials noted in early May after an analysis of geographic areas. But more info will be added, he said.

The first one will e the St. Lawrence outdoor market, which will resume on Saturday and run to November. Hours of operation for the indoor and outdoor market will be 5 am to 3 pm.

St. Lawrence Market’s operators have worked with the city to relocate the outdoor area onto Market between The Esplanade and Wilton to allow for physical distancing. Lineups for the both the indoor and outdoor farmers’ market will start on Market Street.

The indoor market has remained open continuously during the pandemic.

Opening dates for other markets will happen when organizers are able to comply with Toronto Public Health guidelines and the permitting process. The city will prioritize markets in areas that face food insecurity.

“This means finally hugging your grandparent or sharing a meal with your parents or closest friends,” Ford said. “Bu as we reopen and as we reunite we must continue to remain on guard.”

Effective June 12 across all of the province, a “circle” of no more than 10 people can interact and come into close contact with one another – including hugging and kissing – without having to practise physical distancing.

“Think of your social circle as the people you can touch, hug and come into close contact with as we continue our fight against COVID-19,” said Health Minister Christine Elliott.

She added that social “circles” are different from social “gatherings.” As of June 12, people can also gather in groups of up 10 people from outside their household but must remain physically distant.

Here are Ontario’s rules for forming a social circle:

“A passenger who has a fever will not be permitted to board their flight,” Trudeau said.

Employees in secured areas of airports will also have mandatory temperature checks.

11:53 pm Military to remain in long-term care homes through June 26

Ontario’s new COVID-19 cases have fallen below 200 – the lowest increase since late March.

The downward trend continues as much of the province moves into the second stage of the government’s reopening plan.

Health Minister Christine Elliott tweeted on Friday that this is “the lowest day-over-day increase since March 28 and a positive sign that the downward trend in new cases is continuing.

“This is at a time when daily testing remains at all-time highs with over 28,000 tests processed yesterday,” she added.

Elliott noted that 28 of the province’s 34 public health units had five or fewer new cases and 17 of had no new cases at all. “That’s very positive news and confirms the regions are ready to reopen more services,” she said.

Another 11 people have died. In total, the virus has killed 2,498 people in Ontario.

In terms of testing, 28,335 tests were completed and another 18,512 cases are under investigation.

“Based on advice from Toronto Public Health, he checked in to Humber River hospital to have additional testing done,” Ford’s spokesperson said in a statement, according to CP24. “The hospital continues to monitor his status, but overall, he is feeling well.”

Ford is the nephew of Ontario Premier Doug Ford. The premier and Health Minister Christine Elliott were tested for COVID-19 earlier this week after Education Minister Stephen Lecce came in contact with someone who had tested positive. All three of their tests came back negative.

More than 10 kilometres of roads will close as part of the city’s ActiveTO program.

The closures will start on Saturday at 6 am and last until Sunday at 11 pm.

Lastly, Bayview from Front East to Rosedale Valley and River between Gerrard East and Bayview will also close to vehicle traffic.

The provincial government is lifting the 30-day supply limit on prescription drugs. Starting on Monday, people can fill up to a 100 days worth of medication now that supply of  drugs and medications have stabilized, the government said in a statement.

Ontario Health Minister Christine Elliott implemented the measure in March to prevent drug shortages due to hoarding at the beginning of the pandemic.

“With the supply of medications stabilizing, people can safely go back to getting their regular prescriptions filled,” she said in a statement. “This will be much more convenient for people, especially for our seniors and vulnerable citizens.”

8:30 am Lockdown measures ease in areas outside the GTA

More businesses will reopen in areas outside Toronto and Hamilton today.

Restaurant patios, hair salons, museums, swimming pools and film productions will be allowed to reopen or resume as part of the second stage of Ontario’s reopening plan. Out of the province’s 34 public health units, 24 will move into stage two today.

Across the entire province, the limit on social gatherings will increase from five to 10 people, but people must maintain two metres physical distance from others outside their household.

Child-care centres are also allowed to reopen with health and safety measures in place, including limits on capacity.

The Greater Toronto Area and Hamilton will remain in stage one, as well Windsor-Essex, Lambton County, the Niagara region and Haldimand-Norfolk.

The province is expected to announce whether or not more regions will move into stage two on Monday.