Top COVID-19 stories and news This is what. 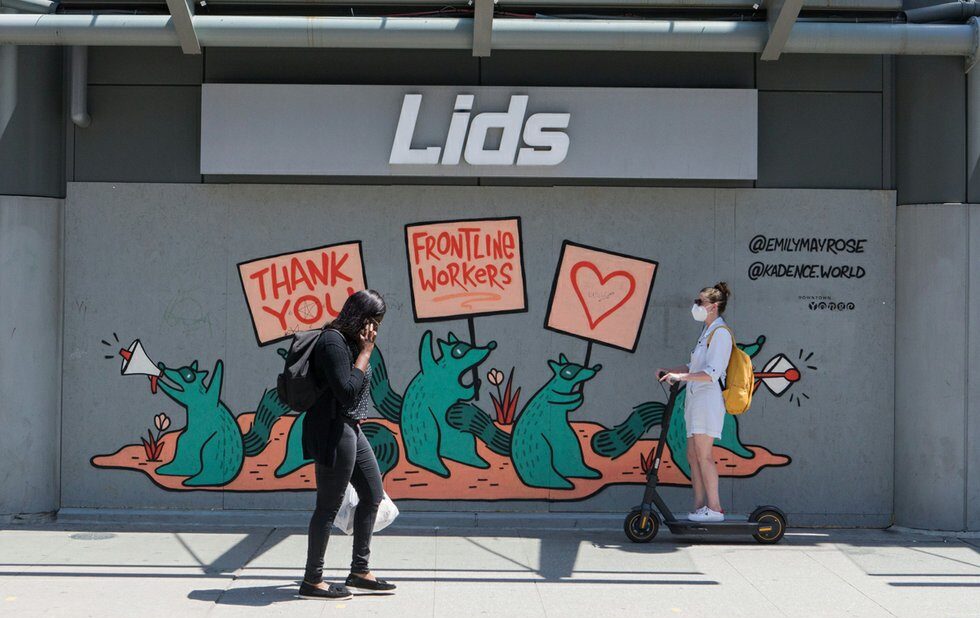 Toronto reported 362 new confirmed cases of COVID-19 on Sunday, bringing the total to 12,538 cases. That number includes 267 cases that had not been previously reported in April or May, the city added in a release.

Seven more people have died of COVID-19 in the city, bringing the total to 928. Currently, there are 347 people hospitalized, with 80 in ICU.

So far, 9,623 people in Toronto have recovered.

CP24 reports the Canadian armed forces have been called in to help at another long-term care home in the GTA.

Military personnel arrived at Woodbridge Villa, located at Steeles and Martingrove, to conduct a preliminary assessment on Sunday afternoon.

The home has been hard-hit by COVID-19, with over 100 cases recorded among patients and 22 fatalities. Additionally, 40 staff have also tested positive for the virus.

Public health began directly supporting the home last month. Meanwhile, the families of patients and the SEIU Healthcare union (which represents the home’s staff) had been voicing complaints against Sienna Senior Living, the company that operates the home, and lobbying the province to take control of the facility.

“Staffing levels are dangerously low and temporary/agency workers are not able to fill the gap. As a result, staff have lost confidence in management’s ability to oversee the crisis,” the SEIU wrote in an open letter to the province.

William Osler Health System took over management of the home on Thursday.

Military personnel have been stationed in a number of care homes in Ontario. Last week, on the heels of a report by the military on conditions in five such homes, Ontario ombudsman Paul Dubé announced an investigation how Doug Ford’s government has handled oversight of long-term care homes during the COVID-19 pandemic.

Health Canada is recalling some hand sanitizer products because they contain industrial-grade ethanol.

Industrial-grade ethanol can contain chemicals not approved for hand sanitizer use, and using those products may cause irritation and dry, cracking skin, the agency said.

Customers are advised to stop using the products immediately, contact their doctor if they experience adverse effects, and bring them to their local pharmacy for disposal.

A second temporary foreign worker has died due to COVID-19 in the Windsor region, according to health officials.

Another migrant worker, who had tested positive on May 21, died last weekend at age 31. Until the death of the 24-year-old worker this weekend, he had been the youngest person in the Windsor area to die of COVID-19.

Outbreaks affecting hundreds of the 20,000 migrant workers who come to Ontario annually to work in the agricultural sector have been reported in Niagara Region, Elgin County, Chatham-Kent and Windsor-Essex.

“Many workers want to speak up for their rights, many workers wonder what to do to ensure that their health is taken care of, but (there’s) this idea that if they speak up, they won’t be able to return to Canada,” said Chris Ramsaroop, of Justice for Migrant Workers, told the CBC this week, adding that many workers who complained of feeling sick were not taken seriously by their employers.

Ontario’s tally of new COVID-19 cases has gone up by over 400 for another day, but officials say over 200 of those were part of a delay in reporting.

Provincial officials recorded 415 new cases on Sunday, but a “laboratory-to-public health reporting delay” accounted for 223 of those. The full total of confirmed cases is now 30,617.

There are 635 people in hospital, with 117 currently in intensive care and 92 using ventilators.