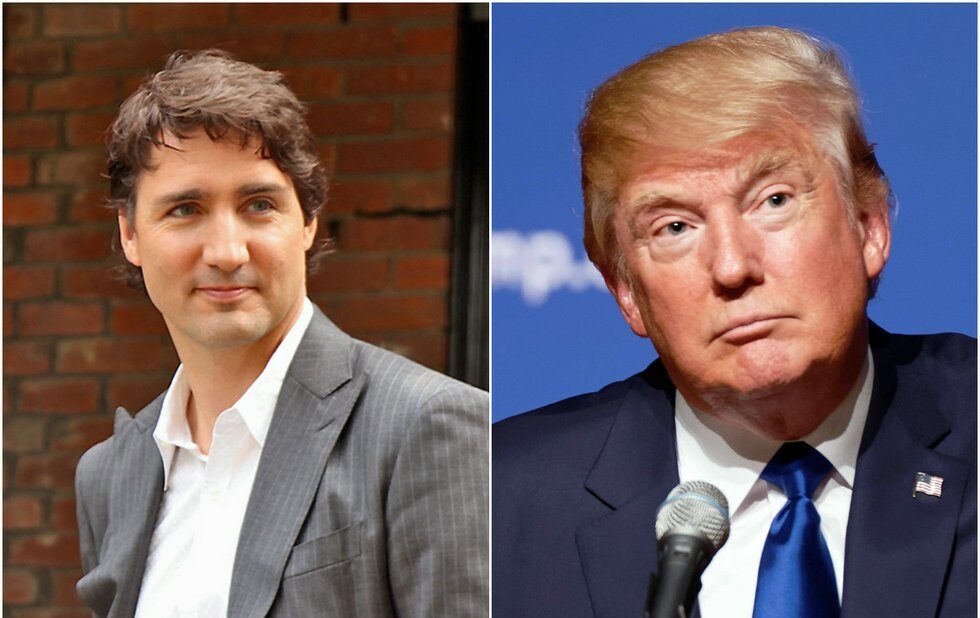 This past weekend, thousands gathered in front of the U.S consulate to take part in Toronto’s latest protest against the travel ban imposed by Donald Trump in a National Day of Action Against Islamophobia.

Black Lives Matter – Toronto played an instrumental role in organizing the protest. Speakers included Gilary Massa, of the National Council of Canadian Muslims and Syed Hussan of No One Is Illegal-Toronto.

But one speech in particular has struck the ire of critics.

“When Justin Trudeau responded to the Muslim ban that this coward, this white supremacist coward, Donald Trump, put forward, what did Justin Trudeau say? He said he wanted to accept everyone who is not allowed into the U.S. border to Canada. […] We know what that manipulation is,” declared Black Lives Matter co-founder Yusra Khogali.

Khogali, mic in hand and anger on full display, continued, “[Justin Trudeau] is a white supremacist terrorist.” The roaring cheers from moments earlier diminish. Think pieces calling for BLM – Toronto to be banished and calling them no stranger to “bad publicity” soon followed.

The blowback experienced by Black Lives Matter may be valid, but it is unfounded.

“As someone wanting peace, [Justin Trudeau] is the exact opposite of what she alleges,” wrote Joe Warmington for the Toronto Sun. A lot of people share Warmington’s sentiment.

When Khogali said Canada is “founded on erasure and silencing of the real history of this land: the genocide of Indigenous people” she is not just being incendiary. This is a part of our history. The generational affects of the displacement and genocide experienced by Indigenous people from the residential schools tragedy to the Sixties Scoop are still felt today. Indigenous peoples continue to be on the frontlines of arguably another genocide: the fight against pipeline development threatening their land and food supply.

When Khogali said Canada is “founded on the enslavement and genocide of Black people” she is also reciting from a page of our history that we would rather not acknowledge – and often don’t. And when she calls Justin Trudeau a white supremacist, this statement also rings with historical merit.

We’re reluctant to use the words because we don’t seem to know how deeply entrenched white supremacy actually is. It’s triggering, synonymous with Hitler or American white nationalist Richard Spencer (though, not in enough circles) and we seem to fear its use more than its manifestations. Largely because white supremacy is believed to be an ideology a person elects to subscribe to.

White supremacy is not just a racist bent. It’s farther reaching and is far more sinister than that. It is an institutionalized system of oppression that is reinforced on an economic, legal, educational, religious and even a cultural level. Major institutions that we all, including our Prime Minister and our beloved Libs respect, support and perpetuate this oppression.

Which brings me to the “manipulation” Khogali spoke of in her speech. This manipulation might be in reference to our PM’s inspiring words of welcome to refugees barred by the Trump administration, without once renouncing the purveyor of the ban.

While we expected him to take the lead of many officials in the House of Commons, in a public criticism of Trump, Trudeau congratulated the then president-elect and stated “Canada has no closer friend, partner, and ally than the United States.” Trudeau is playing politics.

And the game of politics has historically amounted to the diverting of resources from needs in support of the greater good to maintain a system of wealth, power and privilege. As we’ve seen in the case of the Attawapiskat First Nations community, or in the case of Trudeau’s walk back on the commitment to fight climate change, or the police-related deaths of Andrew Loku and Jermaine Carby and Abdirahman Abdi (all mentioned by Khogali in her speech) whose killers were spared, we’ve yet to be freed from the historical implications of political oppression yet.

The PM spoke of “Canadian values” as representing openness, diversity and unity among us. But we know this to be false. The truth is Canada is inconsistent in its mercy. Or maybe what I mean is selective.

While the Canadian government extends sanctuary to the countless families from the countries Trump has blacklisted, which include Syria, Yemen, Somalia, Iraq, Libya and Iran, there’s no guarantee that when they get here they won’t be the target of a hate crime while using transit. Or that an official in charge of their child’s education might not call them a racial slur and face no professional reprimand or that their child won’t be brutally murdered by police. “How is the city a sanctuary when Black people are being murdered so mercilessly?” she demands.

These are the conditions faced by so many families in this city. These conditions don’t fit so nicely into the PM’s idea of Canadian values – when these values are so comparable to white supremacy as to be indistinguishable. And it may be for this reason that Khogali calls the PM a white supremacist.

There have been calls for Khogali to resign. If she concedes and that day becomes the last time a public official is culpable in the oppression faced by the members of the city they were elected to serve – then I agree.

The responsibility of the activist is to agitate. To make everyone who is comfortable in the status quo a little less comfortable.

If protesters of the civil rights era of years past had sat silently under Blacks only signs and continued to drink from the “coloured only” fountains, the status quo may very well have remained upheld by the decent people that sat by both silently and annoyed by the critical outcry.

Advocacy requires having no reluctance to challenge the powers that be and laws that oppress us. Without that we might very well still be living under Jim Crow laws today. Oh wait, to a large extent we still are.