A woman finally won the Best Director prize. Couldn't we acknowledge that? 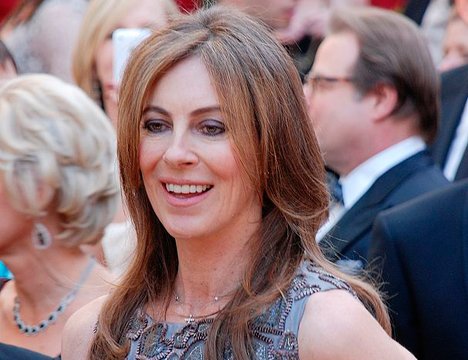 International Women’s Day has come and gone. I doubt filmmaker Kathryn Bigelow was celebrating. She became the first women to win a best director Academy Award the night before, but she didn’t do much to acknowledge the big breakthrough in her acceptance speech.

Not that this was a big surprise. Bigelow has spent her entire career playing down her gender (for a good recap, see here), offering some variation on the theme “I’m a filmmaker, period,” many times, consistently refusing to be a poster girl for feminist developments.

She has every right to do so and I want to stress that she totally deserves her award, but I find it fascinating to compare Bigelow’s performance with how Halle Berry responded to her Oscar moment as the first ever black best actress.

Berry wholly acknowledged that she’d made history, emotionally responded to the Oscar’s significance, reeled off the names of those actors who paved the way before her – from Hattie McDaniel onwards – and grasped that she didn’t do it on her own.

You got the sense she was embarassed that Barbra Streisand acknowledged the achievement and then Bigelow made no reference to the significance. How she could get up there and not mention the likes of Ida Lupino is baffling.

Still, there are those feminist bashers who cheer her on for remaining resolutely gender neutral. They love the fact that she won her prize for a war movie that blows up, for being one of the boys, for telling feminists to get off her cloud.

But did those same people trash Berry for her knowledge of black history in the movies? No chance.

It reminds me of the current bashing that’s going on with Women’s Studies on campuses. Many universities, beginning with SImon Fraser, are changing the name of their women’s studies majors to gender studies or sexuality studies, which is fine with me. But the commentary that’s ensued has been spectacular. National Post columnist Barbara Kay wrote a blistering attack on the entire concept of Women’s Studies, which was taken seriously enough by the CBC flagship newsmagazine show The Current to give her a chunk of time in a quasi-debate format.

Thing is, no one would tolerate such an attack on Afro-American Studies, as it’s called in the U.S., whose beginnings have many of the same political dynamics and which operate on campus in many of the same ways.

And, by the way, do we think that if our national anthem were as racially exclusive as it is sexist, we wouldn’t be seeing some changes? Of course not. We’d take action if anti-racist groups protested. Instead, even those who agree that “all our sons command” kinda sucks aren’t prepared to fight for a change because they think that would make the Harper and the Conservatives look good.

Ridiculous. When political pressure on a government works in your favour, you go with it. Instead, Harper’s been allowed to go into full retreat.

All in all, what could have been a great week for women turned out to be a bit of a washout. [rssbreak]