Earlier this month we reported that an experiential art maze pop-up called Fairland Funhouse was set to open in the. 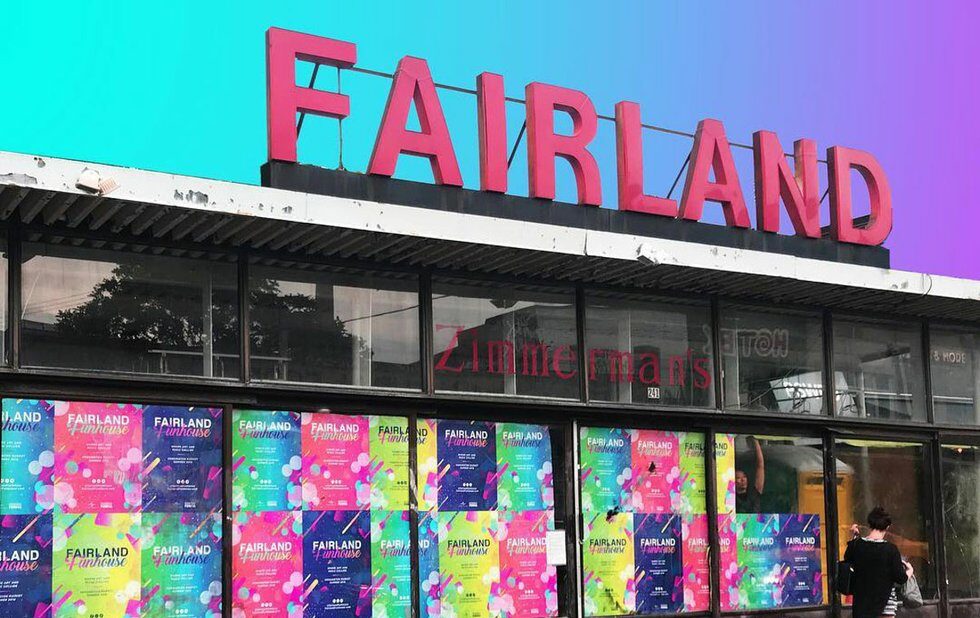 Earlier this month we reported that an experiential art maze pop-up called Fairland Funhouse was set to open in the old Fairland grocery store at 241 Augusta. Now, its been revealed the venue owners hosting the pop-up have longer-term plans to turn the space into bar with a capacity of 622 people.

Friends of Kensington, a Facebook group that advocates for protecting the neighbourhood against gentrification, posted that the owners behind Fairland Funhouse have applied for a liquor license for the same address.

Scheduled to open in January 2019, the former affordable grocery store, which originally opened in the 1950s, will become the music-themed donut shop and bar, Liquor Donuts. Itll also feature a permanent multi-use gallery space, record pressing and studio space in the venue’s lower level. Apparently, the name Liquor Donuts was inspired by the fictitious venue in the 2014 Canadian horror movie, WolfCop. (One of the owners of the bar is the films producer, J. Joly.)

Friends of Kensington is calling on its more than 5,300 members to file an objection to the Alcohol and Gaming Commission of Ontario (AGCO), the governing body that grants liquor licenses, against the groups application.

Local Ward 20 councillor Joe Cressy also opposes the liquor license and will be moving a motion at next week’s council meeting asking the city to formally object the application when it’s considered by the AGCO.

“The success of Kensington is that it’s always been a daytime and nighttime market,” says Cressy. “You can buy your fruits, vegetables and clothing during the day, and at night, there are places where you can eat and drink. It’s always been a balanced and mixed neighbourhood. The danger of the incursion or attempt to open places with large liquor licenses is that it turns what is a market into an entertainment district.”

Cressy says over the past few days he’s been speaking with upset residents and business owners. Many of them are concerned how a new bar, which some are calling a night club given the liquor license is for 622 people, would negatively affect the character of the neighbourhood.

In an attempt to quell concerns, in a Facebook statement Fairland Funhouse wrote, The numbers seen in the liquor license application were simply a reflection of capacity calculations based on square footage set by the AGCO. Ultimately the owners will work with the Toronto Fire Department inspector to arrive at a safe number.

According to AGCOs website, objections to the liquor license can be filed until Saturday, July 22.

This isn’t the first time Fairland has undergone a shiny makeover. Last fall, Gordon Ramsey opened a pop-up restaurant in the space as part of an American Express marketing campaign.