While comforting, the $2.5 million decision against Kevin Johnston also raises questions about social media platforms that continue to allow the spread of hate online 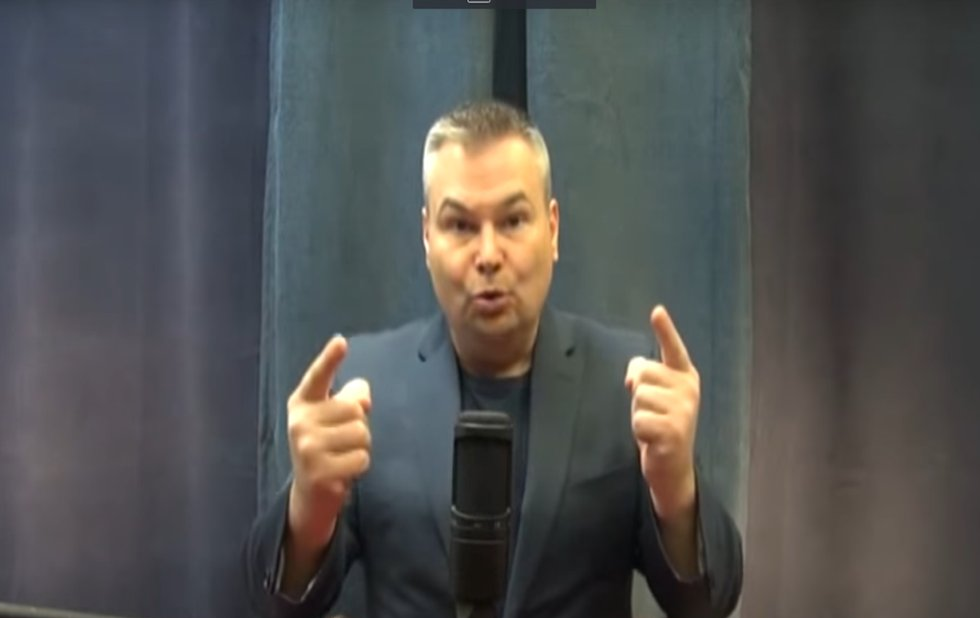 For too long in Canada, purveyors of anti-Muslim notions have been able to publicly associate Muslims with false claims of terrorism, extremism and even rape with impunity, due mostly to a lack of societal understanding of Islamophobic hate. The idea that Islamophobia even exists continues to be denied under the guise of protection of free speech.

On May 13, Justice Jane E. Ferguson stripped away any lingering idea that freedom of speech protects Islamophobes from spreading anti-Muslim content.

In a landmark libel decision, Ferguson found that Mohamad Fakih, owner of Paramount Fine Foods, had been defamed by Kevin Johnston, a well-known anti-Muslim agitator and vlogger behind FreedomReport.ca. Johnston has also run for mayor in Mississauga.

The decision states that: “Accusing any person, and in particular a Muslim individual, of terrorism is about as serious and damaging an allegation as can be made in these times.”

For having done so in various online forums, Johnston has been ordered to pay $2.5-million in damages. (Ranendra “Ron” Banerjee, Johnston’s co-defendant, apologized for his role in the libel earlier this year to escape prosecution, although he remains a fixture at anti-Muslim rallies.)

As one of the largest awards ever handed down for libel, the decision sends a strong message and reaffirms that this type of speech, if left unchallenged, undermines our democracy.

As the judge states in her decision, “The use of strong language in political and social debate – indeed, perhaps even language intended to promote hatred – is an unavoidable part of the democratic process. Nonetheless, expression can work to undermine our commitment to democracy where employed to propagate ideas anathema to democratic values. Hate propaganda works in just such a way.”

The decision also confirms that those who engage in anti-Muslim vitriol online can no longer hide behind the free-speech argument, even in the dark corners of the internet.

Ferguson points out that the Supreme Court of Canada has already ruled that “violent and threatening expression falls outside the Charter-protected expression.” And in this case, “the Johnston defendants have a history of inciting violence against Muslims and have made a number of statements threatening Mr. Fakih: saying that Mr. Fakih should ‘watch out’, that he is ‘gonna pay for this [litigation]’, and that Mr. Johnston will deal with Mr. Fakih ‘my way.'”

While the decision is comforting, it also raises questions about the use of social media platforms for spreading hateful material.

The perpetrators of the hate in question were so prolific online that it’s impossible to know just how many outlets were being used to spread their defamatory and hateful statements and how many times their messages had been broadcast. And it is only because of significant pressure brought to bear on social media giants like Facebook and YouTube that they are now investigating the removal of Johnston’s content from their platforms. (Twitter has already suspended Johnston’s account).

If social media platforms are going to take action with respect to hateful content only after a judge has issued a decision, then the entire notion of self-regulation online is a farce.

And social media platforms, now acknowledged as the most common outlet of the far-right to disseminate Islamophobic, anti-Semitic, misogynistic and racist content, should be subject to oversight.

Why did Fakih have to resort to a civil lawsuit for vindication at all? Why aren’t the hate-mongers of the world being pursued criminally for such clear targeting of someone based solely on their belief system?

Hate speech is a criminal offense punishable by law in Canada. Anyone who doubts the seriousness of hateful words and that they can lead to violent action only has to look at recent mass shootings at mosques and synagogues around the world for the truth to be painfully clear.

Justice Ferguson ends her decision by stating that, “hateful speech always needs to be identified, and confronted when warranted.” While the civil court is one way of confronting this hatred, it is certainly not the most effective.

Until we are serious about introducing regulations on social media sites that profit off of the dissemination of hate speech – and police and Crown attorneys use Criminal Code measures available to them to punish those who so clearly cross the boundary of free expression – Islamophobia will remain largely unchallenged and continue to proliferate online.

Naseem Mithoowani and Mohammed Hashim are members of the board of the Urban Alliance on Race Relations.