Nationalize this: privatization has become the false dogma of our times 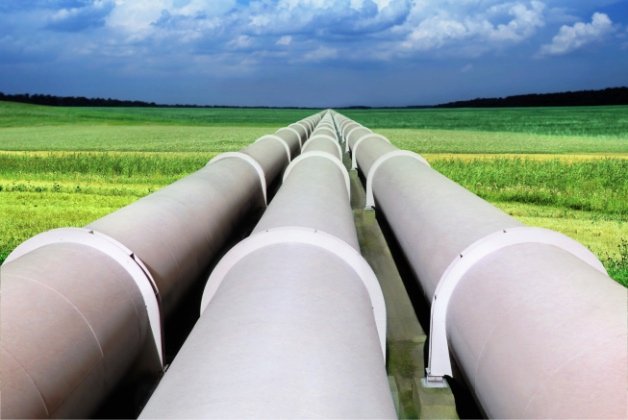 In this excerpt from her latest book, The Sport & Prey Of Capitalists: How The Rich Are Stealing Canada’s Public Wealth, Linda McQuaig shines a spotlight on how privatization has become the economic dogma of our politics.

By April 2018, Kinder Morgan, the Texas-based energy company, had had enough.

After years of fighting Indigenous and environmental groups in Canadian courts, it was ready to walk away. If Ottawa couldn’t assure approval for a pipeline expansion, allowing the company to dramatically increase the amount of heavy crude from Alberta’s oil patch to the BC coast, Kinder Morgan vowed to pull the plug on the mega-billion-dollar project by the end of the following month.

The deadline set off panic in Ottawa, where Prime Minister Justin Trudeau realized that all his efforts to win favour in Alberta and to appease the business community suddenly hung in the balance.

Then, with only days to go before the deadline, Trudeau announced that Canada would buy the pipeline, committing $4.5 billion of Canadian taxpayer money, and possibly many billions more if Ottawa ended up paying for the pipeline expansion as well.

The surprise announcement produced a lot of high-fives in the oil patch – mostly in the boardroom of Kinder Morgan, where the leaky, 65-year-old pipeline had come to be regarded as something of an albatross.

Perhaps the oddest thing about the controversial purchase was Trudeau’s insistence that it was in the “national interest.”

Quite apart from the considerable financial risks to taxpayers, there was another, far greater consequence that was barely mentioned in the days of media coverage: the impact on climate change.

The proposed expansion of the pipeline would triple its capacity to transport the province’s heavy oil, which renowned U.S. climatologist James Hansen describes as “one of the dirtiest, most carbon-intensive fuels on the planet.” Hansen says that it would be “game over” for any hope of solving the climate crisis is Alberta’s oil sands are fully exploited.

How can something be said to be in the national interest when it would compromise our ability to survive? Can something really serve our interest as a nation when it undermines our more basic interest as humans?

In purchasing the pipeline, the Trudeau government was reviving a Canadian tradition of establishing publicly owned enterprises. But Trudeau was using this important tool of national development in a new way: not in a way that would advance the interests of Canadians, but in a way that would – by any meaningful measure – set back those interests severely.

As we privatize more and more of the public enterprises we’ve collectively built as a nation, let’s not desecrate the role of public ownership by falsely invoking the “national interest” when the only real beneficiaries are a set of immensely wealthy interests based in Houston.

While Trudeau jumped in eagerly, pockets bulging with taxpayer cash, to take over a pipeline favoured by business interests, he showed no interest whatsoever in taking over the General Motors auto plant in Oshawa after GM announced plans to close the plant, throwing more than 2,000 employees out of work by the end of 2019.

As GM geared up to move those jobs to Mexico, Trudeau offered the devastated workers little more than sympathy, even though Canadian governments had provided the automaker more than $10 billion in financial assistance as part of the joint U.S.-Canada financial rescue of GM following the 2008 financial crisis.

Inside the Oshawa plant, a group of workers began pushing for the government to nationalize the plant, which had once been the largest auto-producing complex in North America.

Sam Gindin, former research director of the Canadian Auto Workers (now Unifor) argues that serious consideration should be given to expropriating the plant and turning it into a publicly owned facility producing some of the vast array of products that will be needed in the transition to green energy: wind turbines, solar panels, energy-saving lighting, motors, appliances and electric vehicles.

“Public vehicles will inevitably have to be electrified or run on renewable energy resources,” notes Gindin, pointing to the future need for electric service vehicles for post office delivery, hydro repair and public transit.

He points out that much of the needed equipment and skills for such an ambitious “green production” project already exist in the Oshawa complex. Of course, the project would require support from the federal and provincial governments, and would have to overcome business leaders dismissing the notion that the public sector could handle something as complicated as vehicle manufacturing.

In fact, Canadian public enterprise has an impressive history and has made its mark in fields least as complicated as vehicle manufacturing.

The creation of a public hydroelectric power system in Ontario in the early years of the last century – and later in other provinces – was a stunning achievement that served as a model for U.S. President Franklin D. Roosevelt’s creation of highly successful power systems, including the New York Power Authority and the Tennessee Valley Authority.

And the publicly owned Canadian National Railways, created out of five bankrupt lines after the First World War, established a cross-country string of radio stations that became the basis of the nationwide CBC broadcasting network. There was also Connaught Labs, the publicly owned Canadian pharmaceutical company that made costly medications affordable, contributed to medical breakthroughs and helped eradicate smallpox throughout the world.

Is it feasible to save the once-vibrant Oshawa complex and transform it into a publicly owned plant producing environmentally essential products, as part of a Green New Deal?

Gindin notes that during the Second World War, GM facilities were converted to produce military vehicles. He insists that the Oshawa plant be expropriated today without compensation since Canadian taxpayers have already generously subsidized GM. While he acknowledges that the project is a long shot, he adds, “it seems criminal not to at least try.”

Indeed, what is needed is some bold, out-of-the-box thinking that takes us beyond the current dogma of privatization. Given that Canada’s historic auto-making centre is about to be shut down, we should consider creating a publicly owned facility that could potentially start a transformative industry here. If that idea is ultimately rejected, the rejection should be based on something more than the notion that such a project is too ambitious for public enterprise and is best left to the private sector.

In truth, the very ambitiousness of the project seems to call out for public enterprise. For most of our history, we’ve been mere “hewers of wood and drawers of water” and operators of branch plants. When we’ve risen above that, it’s usually been because we’ve created public enterprises that served a broader public purpose than what private interests were offering. We became the country we are today in part because, at key moments our past, some visionary Canadians had bold, ambitious ideas for public enterprises and weren’t deterred by the admonitions of the business elite.

There may be reasons not to turn the Oshawa plant into a green production facility, but let’s not succumb to the ill-informed notion that Canadians aren’t up to the task or that we don’t know how to do public enterprise in this country.