With funding tied to complicated relationships and new challenges coming at us every year, it may be time to let go of sponsorships that come with conditions or threats 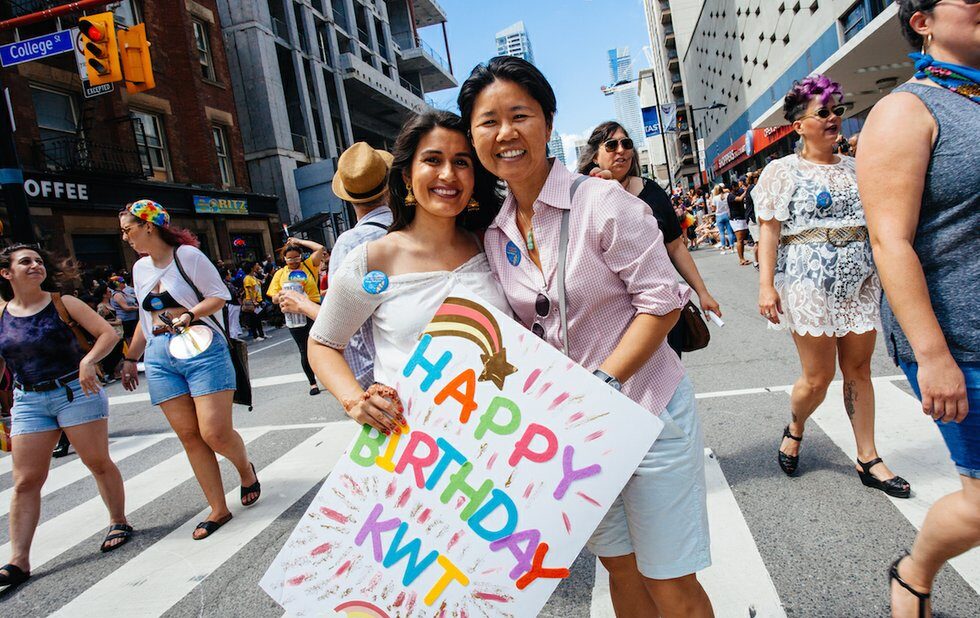 Pride Toronto’s decision to welcome police back into the 2019 parade has once again focused attention on police discrimination, accountability and the function of Pride Toronto itself.

Every year, it seems, we are faced with a new challenge related to Pride Toronto’s role, with annual calls for its defunding as it raises immediate and urgent issues around inequity and violence, while mounting a corporate-sponsored festival that draws thousands of tourists to our city and feeds the local economy.

It may be time for Pride to return to its political roots, even if it means losing much of its corporate and government funding.

Many balked at Pride Toronto’s decision to deny police participation in 2017, but revelations around the Toronto Police Service’s (TPS) mishandling of murders in the Village the following year made it clear that the relationship between police and the LGBTQ2S community was not as indefectible as it appeared on the surface.

This was on top of the Project Marie sting operation targeting gay and closeted men at Marie Curtis Park, the grievances that Black Lives Matters – Toronto had raised around the violent policing of Black, trans and queer communities of colour, and video showing a police officer making AIDS-phobic comments during the restraint and tasering of a man near the Village.

To his credit, Chief Mark Saunders recognized the relationship was strained when he took the step of withdrawing the TPS application to march this in the parade this past summer.

Some officers have confided in me how disappointed they have been at the handling of various cases. There is a tremendous amount of goodwill among many who want to mend the relationship with the LGBTQ2S community. The dedicated neighbourhood officers in the Village are a testament to that.

However, there is more structural reform needed across the police service to ensure discrimination and biases including anti-Black racism are not creating barriers to service – or worse, causing harm to communities that the police are  sworn to protect.

Unfortunately, there is often little visible accountability when police get it wrong and an institutional resistance to making the changes needed to prevent mistakes from being repeated.

It has fallen on activists, media and elected representatives to push for critical, systemic change. The decision to let police march again is controversial in that context.

It is unclear to many in the community what change has happened to warrant inviting the police back. An open letter released by Pride Toronto does not provide any clarity, except to reference conversations with the community.

I have been approached by immediate friends of the men murdered in the Village they were never invited to any conversations about policing and Pride Toronto, and they were shocked to hear a decision had been made without anyone ever asking them.

They hoped Pride Toronto would shine some light on the police-LGBTQ2S relationship, but the organization has ended up being just as opaque on the reasons for its reversal.

It is easy to get comfortable with a view of history as being forever on the march toward progress. For many years, equity-seeking groups and organizations in Canada have moved the bar higher.

But history has also shown us that progress is not a one-way street, and that we relax our vigilance at our own peril. I expect that many of those who imagined Ontario would never slide backwards on LGBTQ2S rights are shaking their heads today.

On November 17, Ontario’s Progressive Conservative Party passed a resolution that calls gender identity “a highly controversial, unscientific ‘liberal ideology’ and, as such, that an Ontario PC Government will remove the teaching and promotion of ‘gender identity theory’ from Ontario schools and its curriculum.”

While I am quite certain that every gender non-conforming Ontarian knew there was ongoing hostility directed at them, many allies and the larger LGBTQ2S community are waking up to the reality that the struggle for full equality is not over. No, our work is not done. Yes, this may be the time to act first and celebrate later.

With funding tied to these complicated relationships and new challenges coming at us every year, it may be time to let go of sponsorships that come with conditions or threats.

Pride has always been strongest when in touch with its political roots and it should not be tied to governments or corporations who will put LGBTQ2S rights and welfare second to popular opinion or marketing campaigns.

The goodwill and political alignments that worked for many years has eroded and it is not a reflection on Pride Toronto itself that these relationships will need to change as it pursues its mission.

I see hope in Pride Toronto’s role evolving, becoming leaner, radically transparent to the community and less dependent on its traditional revenue streams.

While this may not bring in as much money or allow the programming of as many Pride Month stages as in the past, the metric for Pride’s success should have never been size or budget.

Pride Toronto will always be a success, as long as it is the clear voice for LGBTQ2S communities in need of support and as long as it is willing to get political. We will fill the streets and let the parties take care of themselves.

Kristyn Wong-Tam has served on Toronto City Council since 2010. She is council’s only out gay member.