The landlord of 795 College, the former home to a community of artists, plead guilty to three violations under the Residential Tenancies Act 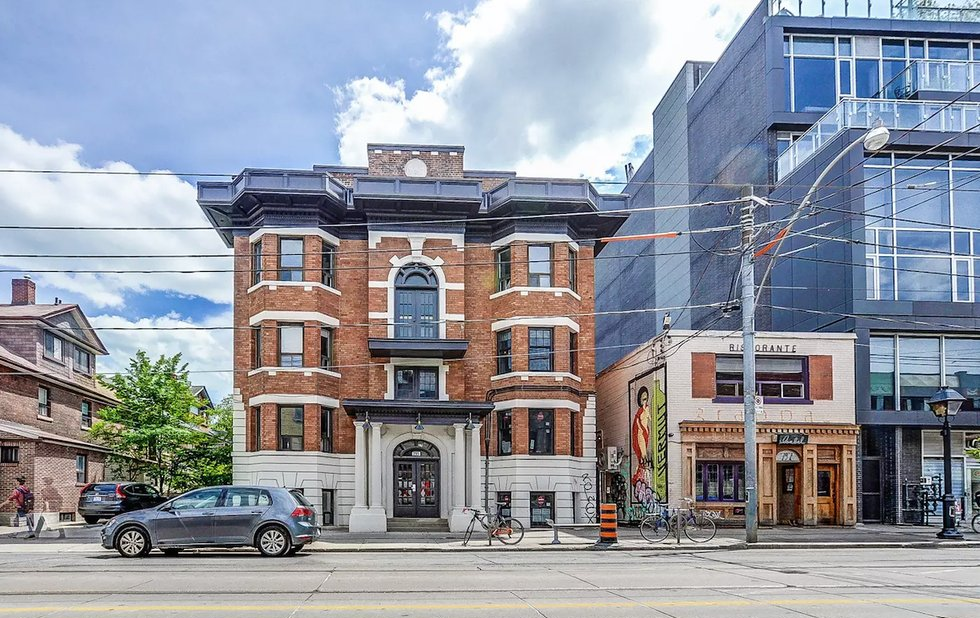 The landlord of 795 College was fined for failing to give the tenants the right of first refusal to move back into their affordable units.

A Toronto landlord has been fined a total of $135,000 for renoviction violations at 795 College, a low-rise eight-unit apartment building formerly rented by artists.

The landlord plead guilty to three counts of failing to afford the tenant the right of first refusal, a fine totalling $48,000. The landlord was also ordered to pay a 25 per cent victim fine surcharge of $12,000 as required by the Provincial Offences Act, and administrative fines totalling an additional $75,000.

Under the Residential Tenancies Act, if a landlord evicts a tenant due to needing to complete extensive renovations, they must give tenants the option to move back into their units after the renovations are completed. Additionally, the rent must be the same amount prior to the renovation.

The tenants of 795 College received eviction notices in late 2016 and wrote to their landlord indicating they wanted to move back once the renovations were complete. Instead, the landlord rented the three units at over three times the previous rent to different tenants.

As reported by the Toronto Star, 795 College was home to a community of artists, including Baroness Von Sketch’s Carolyn Taylor and Aurora Browne, who lived in the building for 10 years.

The fines are a small victory in a much larger issue exacerbating Toronto’s rental housing crisis. Although renovictions are technically illegal in Toronto, it’s becoming an increasingly common way for landlords to evict tenants so they can raise rents beyond the provincial guideline. Most times, tenants will only realize they’ve been renovicted after seeing their former rental property listed online for substantially more rent.

In a NOW cover story about renovictions last year, Cole Webber, a legal aid at Parkdale Community Legal Services noted that, “The Landlord and Tenant Board is a landlord-friendly tribunal. Any consideration of housing as a social or human right is secondary to their consideration of a landlord’s right to private property. It’s a huge uphill battle for tenants to try to win it.”

Until more mechanisms are put in place to hold landlords accountable, renovictions and other illegal eviction tactics will continue to be commonplace.