What does Rosie DiManno know about female empowerment? 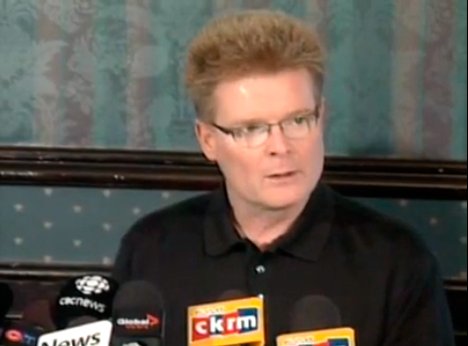 Rosie DiManno loves to talk about female empowerment, but she doesn’t appear to know a thing about it. Today’s column on the Eric Tillman sexual assault case proves it.

The facts are clear enough. Saskatchewan Roughriders General Manager Tillman returned home – he says hopped up on pain killers -to find his 16 year-old baby sitter bending down to feed his two children. When she stood up, he couldn’t resist the urge to grab her from behind via the belt loops on her pants and pull her to his crotch.

Where, asks DIManno is the sexual assault in that? Answer – in Canada’s Criminal Code. Section 271 defines a sexual assault as a situation in which “somebody touches you in a sexual way on purpose, directly or indirectly, without your consent.” The babysitter saw it as a violation – she reported it to the police.

Dimanno’s troubled by the fact that anyone would interpret Tillman’s action as something that could traumatize his victim. What, I want to know, does trauma have to do with it? DiManno’s obviously the kind of woman who thinks sexual assault laws should apply only to actions that terrify victims. Presumably that can only apply to attacks in which the perpetrator, prefereably a stranger, uses a weapon and where penetration has occurred.

DiManno argues that only wimpy women are interested in “paternalistic intervention” by the “daddy-state,” and that our sexual assault laws disempower women. She’d likely characterize sexual harassment law as something that infantalizes women, too, discouraging us from negotiating on our own our superiors’s sexual behaviour in the workplace.

Hey, she seems to be saying. Women get hit on all the time, by their bosses, by their co-workers, by the fathers of the children they’re babysitting. Those women oughtta suck it up and deal with it.

She’s got it backwards. Sexual assault laws empower women by making it clear that we actually don’t have to put up with what DiManno sees as not very problematic behaviour. Sexual harassment laws tell all working women that we have a right to do our jobs without being sexualized. The assumption that boys will be boys and that they do this shit all the time is an insult to men everywhere.

Victimizers have to take responsibility for their actions – credit Tillman with doing this much, even though DiManno doesn’t think he has to. She says the girl’s family asked that the charges be dropped, so leave Tillman alone, why don’t we?

Here’s why. People in the sports establishment need a wake-up call. Check out all the gun-related incidents in professional sports this year. This is a community of highly privileged men – whether players or management – who think they can get away with everything. It’s time the law told them otherwise.

DiManno may think that the “we [women] are not children who need coddling by the daddy-state,” but she speaks for herself. The rest of us want the law to take sexual assault – of all kinds – seriously.[rssbreak]