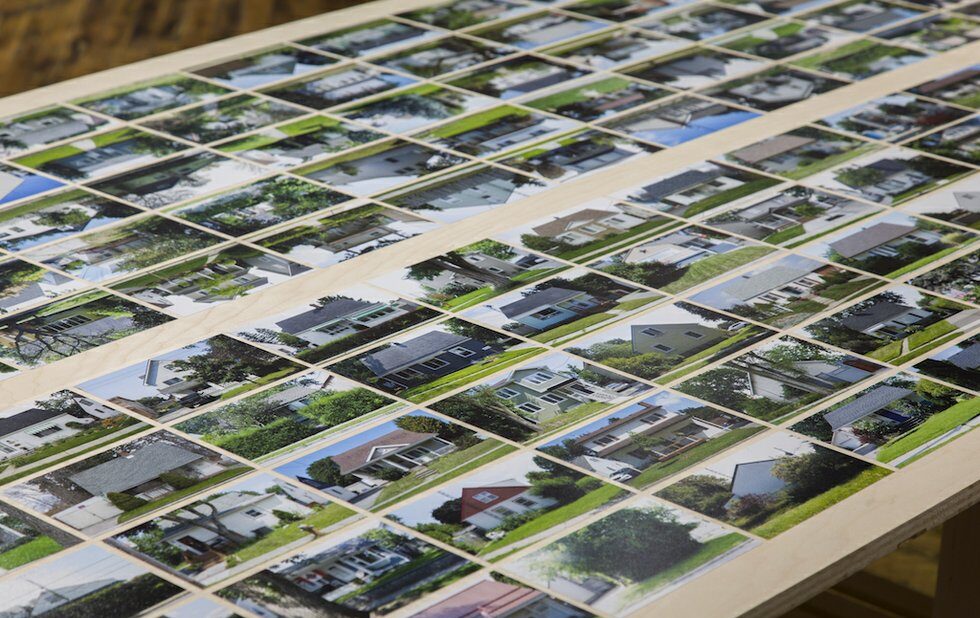 Owning a house with a yard and a dog (and a spouse and kids) has never been possible or desirable for everyone, including myself.

But it does feel strange to not be able to afford a house in the East York neighbourhood of small Second World War-era homes I grew up in – and figuring out what home is and might be is pretty urgent for me right now.

I’m an artist and I live in a cheap downtown apartment building that’s going to be demolished to make way for yet another condo. I’ll also soon be kicked of my studio in an industrial building in the west end. Like a lot of people in Toronto, I have no idea where I’m going to be able to afford to live or work when I leave both spaces.

What is happening in this city right now – the erosion of Toronto Community Housing, the explosion of condo development, the eviction of artists and craftspeople from old industrial buildings to make way for more high-end tenants, and a dearth of affordable rental housing – has prompted me to look at my old neighbourhood not simply as a historic suburb under threat from development, but also as a case study for an alternative form of city planning that focuses on providing decent, affordable homes across Canada.

I grew up in Topham Park or Sunshine Valley. (What you call it depends on who you ask.) It was a typical suburban neighbourhood in a benign E.T./Stranger Things kind of way, with lots of kids on bikes, softball games, above-ground pools and sleepovers. I thought all kids grew up in neighbourhoods like mine, in little detached houses that look like something a child would draw – a square with a triangle on top.

Topham Park is designed with the houses grouped around four large circles of grass. Parents would collectively keep an eye on everyone as my friends and I played outside, ran in and out of each other’s houses, walked to school together and were generally oblivious to whatever was going on outside the neighbourhood.

My life mostly existed within a kilometre radius of my house until I had to start taking the TTC to get to high school. That’s when I began to get a sense of what privilege I grew up in and to understand the history of Topham Park, and my own family’s history within it. 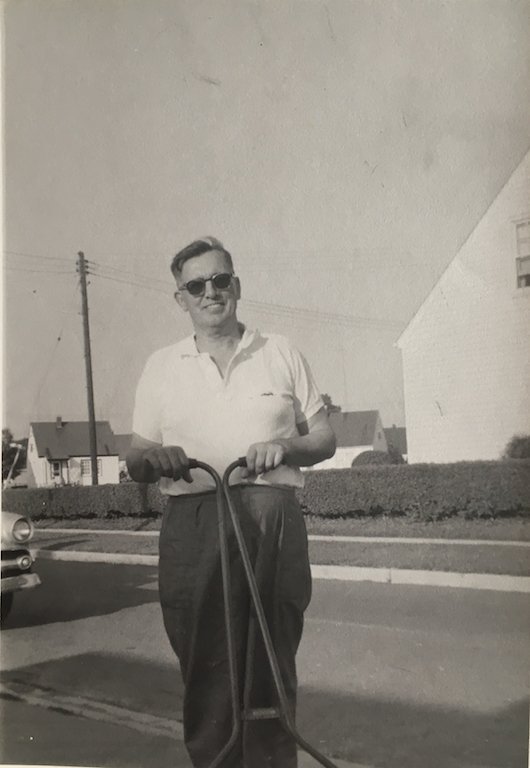 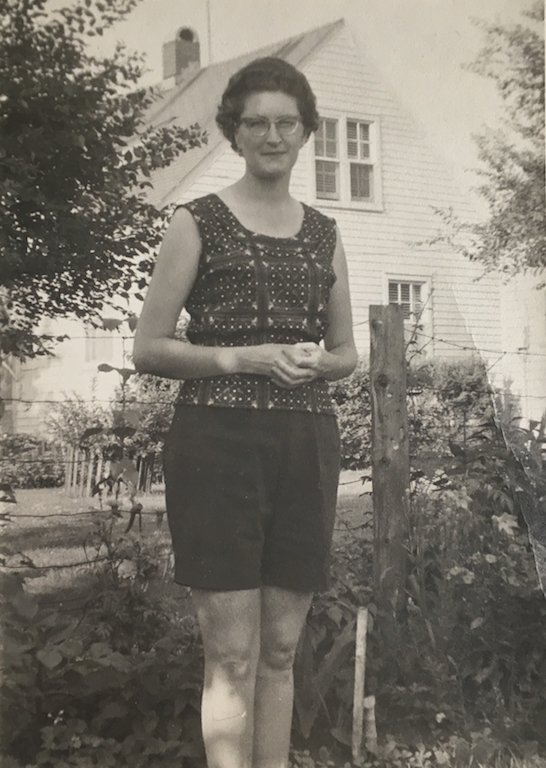 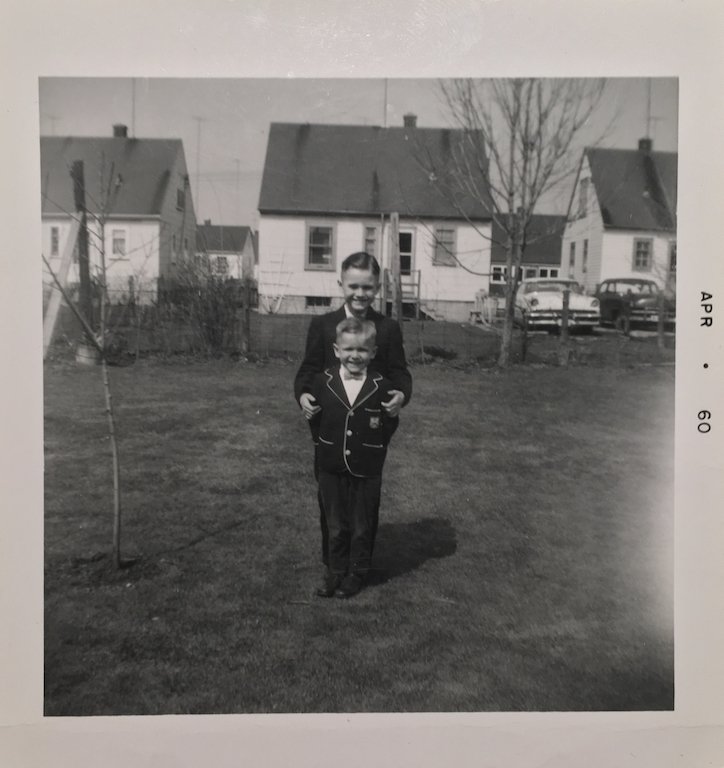 My grandparents, Frank and Margaret Hyckie, moved to the neighbourhood in 1956, 10 years after it was built. Frank was a veteran of the First World War who worked as a mechanic in the army. Margaret was a teacher from Thunder Bay. Their house on Merritt was the first they could afford to own. My dad, Bruce, was born the same year they moved in.

My dad’s childhood experiences weren’t all that different from mine, but there were a lot more kids then, a lot more dogs and fewer cars.

“Most of the families in the neighbourhood had four kids or more living in a two-bedroom house. Not everyone had a car, and if you did you only had one. Lots of people walked to work in the factories off Bermondsey Road or to the General Electric and General Motors plants in the Golden Mile off Eglinton.”

When my grandfather died in 1966, my grandmother started working again as a substitute teacher and beauty consultant while she raised my dad and uncle on her own. She lived in the house she and Frank bought until she died in 1983, the year I was born. My parents bought a house in Topham Park a couple of years later where they raised my sister and me. My dad has worked the midnight shift as a truck driver for Canada Post since 1979 and my mom was the shelter manager for the Toronto Humane Society.

But the economic demographics of Topham Park have shifted considerably over the decades. Many of the original wartime houses have been upsized and, like everywhere in Toronto, the real estate market has escalated out of control.

My dad is angry about the lack of regulation that has enabled the rapid gentrification of his neighbourhood.

He says, “These were starter homes for people without much money returning from the war, and now you have to be a fucking millionaire to own one.” He’s right. My parents bought their home for $78,000.

Striving for security and permanence made sense for people who were traumatized by the Second World War and wanted to move on with their lives. The development of wartime housing and the suburbs grew from the anxiety and idealism of the era.

The suburbs were and are complicated cultural spaces: they aren’t inclusive and they tend to support more rigid nuclear family structures. But a lot of Canadians can still relate to the suburban ideal of having a secure and permanent home. 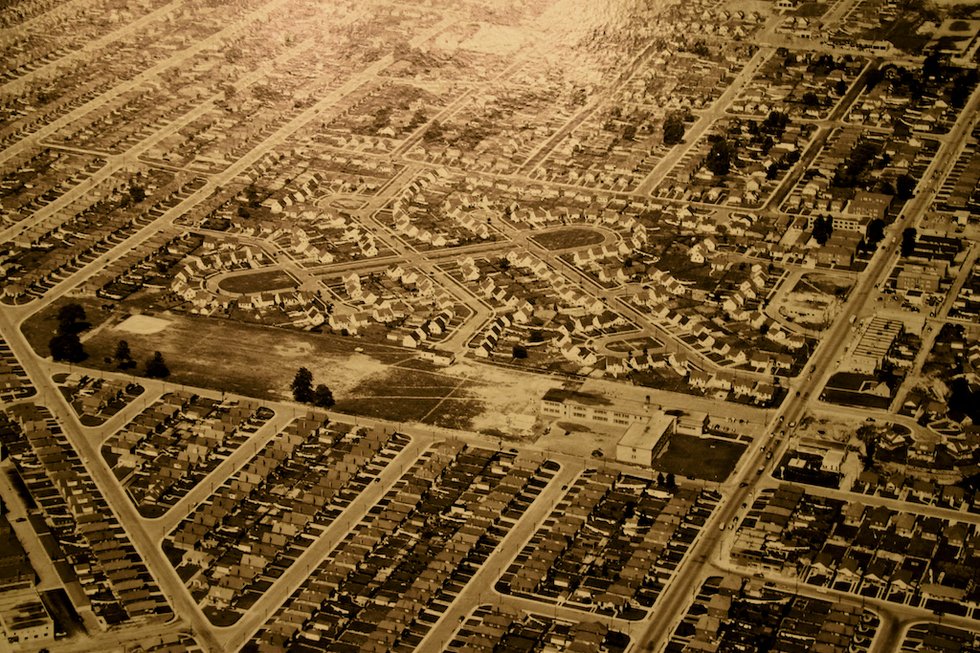 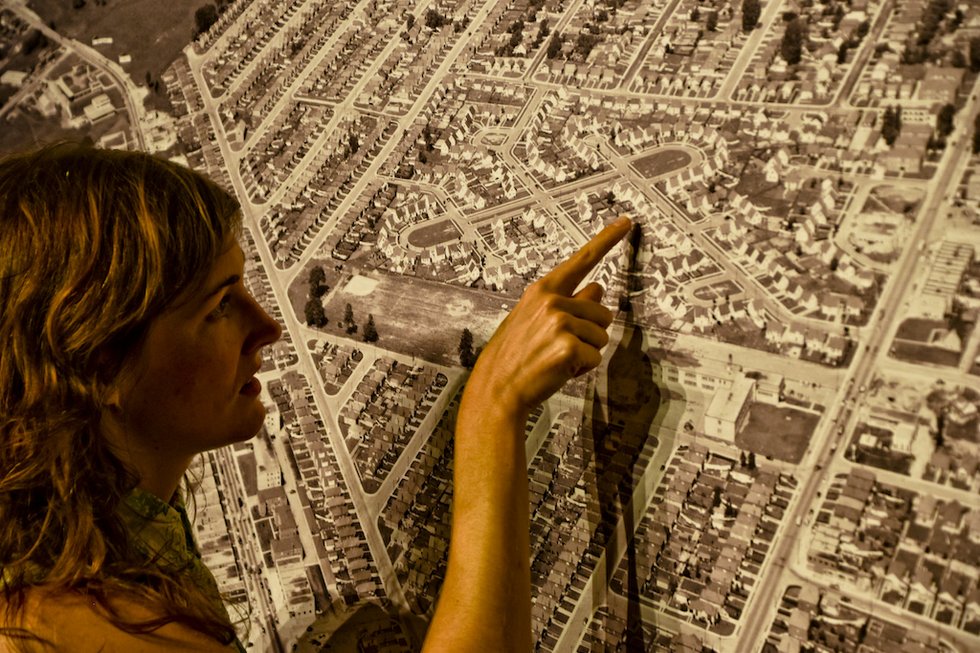 Debates about development and the future of Topham Park are happening now, with the city studying the neighbourhood as a potential Heritage Conservation District. Should Topham Park be conserved as it was conceived, a community of affordable homes for people with modest incomes? Or is the transformation of wartime houses into million-dollar new ones something government should stay out of?

I’ve been considering these questions alongside the both complicated and nostalgic feelings I have about the suburbs as part of research for my current exhibit on our evolving notions of home.

The exhibit is at Urbanspace Gallery at 401 Richmond, a building that’s home to artists, craftspeople and community organizations. After more than a year of appeals, the building owners staved off a huge property tax increase that would have resulted in the eviction of its tenants. They continue to fight to stay affordable and keep the building protected from development.

Meaghan Hyckie’s exhibit, A Reasonable Assurance Of Permanency, is on view at Urbanspace Gallery through January 6, 2018.