Plus, "Freedom Convoy" anarchy, leaving Africa behind on COVID and Domee Shi's lesson in diversity in reader mail 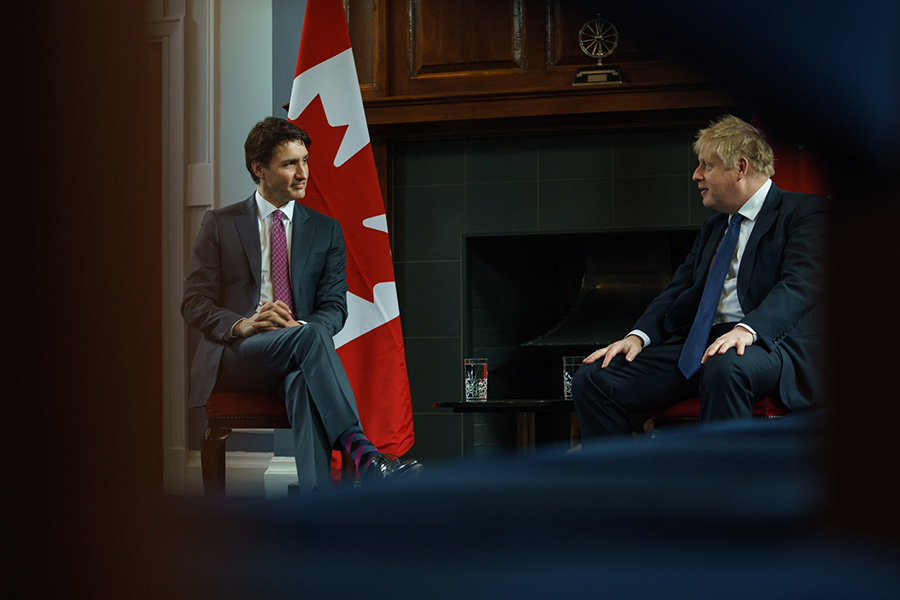 Canada fails to abide by democracy on Palestine

Canada rightly condemned Russia’s annexation of Crimea in 2014 and Russia’s current attack on Ukraine, and promptly imposed heavy sanctions on Russia in both instances. Canada is also sending humanitarian aid to Ukraine and arms to assist people resisting the Russian invasion. By doing so, Canada is relying on sound principles of international law which oppose annexation, occupation and war crimes.

However, Canada has failed to abide by these same principles when it comes to Israel’s 73-year old colonialism of Palestine, and occupation of the West Bank, the Gaza Strip and the Golan Heights of Syria.

Canada has come out to strongly support politically, economically and militarily the Ukrainian victims. Trudeau affirmed on March 3 that “we are so united in standing up, not just for Ukraine, but for the principles of democracy that matter so much.” On the other hand, Canada has been supporting Israel’s colonialism.

Justin Trudeau is taking much flak over his decision to invoke the Emergencies Act and crush the scoundrels using their rigs to pollute our air, harass Ottawa residents with horn-honking and sabotage local and international trade and the flow of commerce. How can we not view their actions as domestic terrorism, especially in light of the fear and mental distress these people are inflicting?

People are equating democracy with anarchy, a system of no laws and total freedom of action, or lawlessness. We are living in a democracy and this means our government should have the right to act in the interests of our general welfare. Freedom to act does not include freedom to inflict mental anguish on others. That the Premiers are angry with Trudeau, save Doug Ford, is fine. But a failure to act would further imperil our international standing and show we cannot attend to our own affairs as America’s Homeland Security is likely wondering. I would suggest this is the finest moment yet in the career of PM Justin Trudeau.

A partial solution to park encampments

Re Op-ed: Toronto Is Playing With Fire On Park Encampments (NOW Online, February 27).

A partial solution to shelter space, especially in winter, is the Ulmer Nest which is being developed in Ulm, Germany. It is a wood sleeping pod suitable for two people with a solar panel that can be locked from the inside. Even when shelter space is available, these structures provide more privacy and independence for those who prefer not to stay in shelters.

Because of its size, the Ulmer Nest can also be placed on wide sidewalks not just in parks. The one addition I would suggest would be a built-in detachable battery to provide a supplemental heating source.  There are doubtless other types of sleeping pods that should be looked into.

As Black History Month wrapped, here is the current disturbing state of affairs: less than 10 per cent of Africans are fully vaccinated, compared to up to 80 per cent for some of the high-income countries, including Canada.

There is no denying it: profit, prejudice, and privilege are getting in the way of an equitable global response to COVID-19. Should this weigh on our collective conscience? Yes. Is Canada effectively responding to the global pandemic? No.

Pieces Of Her review off the mark

Re Review: Netflix Thriller Pieces Of Her Takes Forever To Come Together (NOW Online, March 5).

What? Your review is so off the mark. This show has become my new fave. I watched seven episodes in one day – couldn’t stay awake for the last.

Lovely article and wonderful to see both Toronto and this talented artist showcased. Quick note, however – Asia is a big place and using this word to refer specifically to one group of Asians leaves the others out. It’s a regular occurrence these days. Perhaps it’s time to open the conversation on how we can be more inclusive when referring to each other whilst still celebrating our cultural origins?