Letters to the editor: Russian attack on Ukraine is horrific but…

Plus, the nuclear option for the U.S., Sarah Polley pens a tearful masterpiece and Doug Ford's 1 per cent COVID solution in reader mail 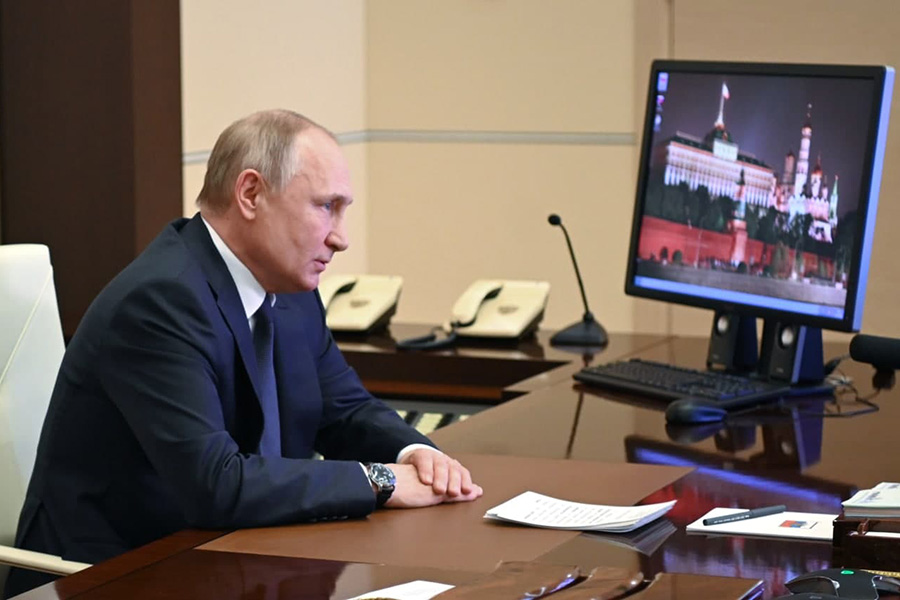 The Russian attack on Ukraine is horrific but the African refugee data you reference – 2.3 million refugees in South Sudan that resulted “from the years-long conflicts” – is a bar too low.

The struggle of the Sudanese peoples to be free is actually centuries old and cannot be separated from the larger African refugee problem, which was spawned by Anglo-European-American colonial and neo-colonial policies – not to mention, actions since slavery and particularly since Belgium King Leopold’s Berlin-African Conference of 1848.

According to the UNHCR, “Around 30 million internally displaced persons, refugees and asylum-seekers live in Africa, representing almost one-third of the world’s refugee population.” Peace.

The nuclear option is no certainty for U.S., either

Re Europe is left to confront Putin in Ukraine as U.S. takes a back seat (NOW Online, March 5).

In Western nations, we basically believe that Vladimir Putin doesn’t need to paranoically sabre-rattle Russia’s nuclear weaponry – ever – since he surely must know that NATO won’t initiate a nuclear exchange. But, really, how can he – or we – know for sure?

While Ronald Reagan may have been correct in his observation that “Of the four wars in my lifetime none came about because the U.S. was too strong”, I have long wondered what may have historically come to fruition had the U.S. remained the sole possessor of atomic weaponry.

There’s a presumptive, and perhaps even arrogant, concept of American governance as somehow being morally and ethically above using nuclear weapons.

After President Harry S. Truman relieved General Douglas MacArthur as commander of the forces warring in North Korea – for the latter’s public remarks about how he would/could use dozens of atomic bombs to promptly end the war – Americans’ approval-rating of the president dropped to 23 per cent. It is still a record-breaking low, even lower than the worst approval-rating points of the presidencies of Richard Nixon and Lyndon Johnson.

Had it not been for the formidable international pressure on Truman (and perhaps his personal morality) to relieve MacArthur as commander, could/would Truman eventually have succumbed to domestic political pressure to allow MacArthur’s command to continue?

Re Sarah Polley is unbearably vulnerable in Run Toward The Danger (NOW Online, March 1).

I’m just over halfway through this book and amazed at how much has happened to Ms. Polley that most of her fans never knew about.

When she came to the part where her daughter Eve was laid by her side as a newborn baby, I had to fight back tears. Such powerful stories in these essays! Everything Polley touches grabs people’s hearts. It says a lot about her character and the attention and effort that she puts into everything she does.

This will become more than a masterpiece. It’ll be a core part of Canadian culture; a “must-have” for any book collection or library.

Giving The Batman a chance

Re Review: The Batman offers a human-scale take on the superhero movie (NOW Online, February 28).

Thanks for sending someone to see The Batman who actually gave the movie a chance. It’s funny how some critics only like movies that reflect their personal experience and ideas or whatever “Film Twitter” says is cool that week. Pathetic. I may not always agree with Norm Wilner but at least he’s better than that.

Maybe hospitals would be better equipped to handle another wave of the pandemic if the government dished some money out for equipment and raises for staff, instead of locking nurses, PSWs and other staff at 1 per cent.

If Ford had any respect for healthcare workers and the people that maintain the facilities, he would get rid of Bill 124 and let staff keep the $3 per hour raise instead of ending it on March 31, 2022.

I work as a PSW in a long-term care facility and there is not one day that my feet and back don’t hurt. I am full-time and can hardly afford to purchase a house. We’re tired overworked, disrespected and don’t have the proper equipment. Helps us.