Plus, stuck in the COVID lockdown loop, Michelle Latimer awakening and the case against carbon pricing in Letters To The Editor this week 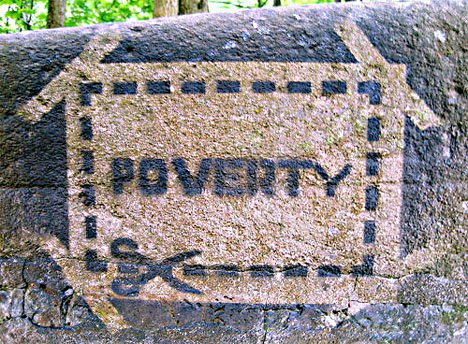 Enzo DiMatteo’s Seven Questions On Universal Basic Income (NOW Online, September 19) contains a mostly beneficial analysis, but the Fraser Institute’s rebuttal argument is flawed. The Fraser Institute is a biased organization. Their argument against UBI doesn’t consider the reality that flawed policies for the last 30 years are why we so desperately need UBI today. Women, seniors, the disabled all have fallen too far behind while the billionaire class has already recovered.

Providing a universal basic income to those old, sick or severely disabled certainly makes sense. But for those able and willing to work there is a better solution – the guarantee of a job.

For many participants, work was liberating and more highly valued than welfare. Working and serving others was the best example they could give to their children, allowed them to socialize, and increased self-esteem by enabling them to contribute to their communities.

In Canada, jobs could be delivered locally through non-profits, social enterprise groups and municipalities, and might include provisions for care of the elderly, educational activity for young people, arts and cultural performances, and initiatives for environmental protection. Such programs can be up and running within four to six months and many useful tasks can be performed even by the least skilled and educated citizens.

For the love of COVID, close the bars

Indoor bars should never have been reopened. Nightclubs and strip clubs should definitely have never been reopened. If the staff needs paying, Ford should pay it. But for the love of God, close the bars.

Stuck in the COVID lockdown loop

Re The Second Coming Of COVID In Ontario (NOW Online, September 16). The casual suggestion of an “inevitable” second lockdown is utter dross. Experts the world over are now criticizing lockdowns as ineffective and costly. It is the absolute laziest approach.
Yes, COVID-19 is virulent. As has been repeated ad nauseam, it does not kill in alarmingly high numbers, and when it does, it tends to take the elderly, the infirm, the immune-compromised, and the obese.
This being the case, we cannot make the mistake of isolating every living human in the country. The approach has to change, or we will be stuck in an endless and unsustainable loop. Then a far greater crisis will befall us – namely the impoverishment of entire generations of people.

Privileged cowering their way out of Toronto

Re Why People Are Leaving Toronto For Greener Pastures (NOW, September 3-9). Love how the rich come into this city, push gentrification, make it overpriced, but when the going gets tough, they cower out of here.

I enjoyed Radheyan Simonpillai’s article about filmmaker Michelle Latimer (NOW, September 10-16). This was my first time reading about her. I don’t recall having seen her work before. Regrettably, I’m familiar with only a few filmmakers and miscellaneous artists of First Nations, and, for that matter, Native American heritage. I hope to read more articles like this.

The case against carbon pricing

Re The Case For Carbon Pricing In Canada (September 16, 2020). There is absolutely no basis for the argument put forward for carbon pricing. When BC began its carbon tax regime, how many people in the lower mainland began to cross the border into the US on a weekly basis to fill up their cars? There is absolutely no evidence provided that ties the economic growth of BC over the rest of Canada with a carbon tax. The added growth rate is more likely due to the very hot real estate market driven by foreign investors. A carbon tax is a regressive tax that affects people of lower incomes in rural areas disproportionately.

Climate change used to be something for our kids’ kids to worry about. We decided to sacrifice the future for the present, but the future has caught up with us and we are already seeing devastating effects. A focus on a green economy that puts people before profits is desperately needed. We need to build resilience against the increasing destruction we face. Investing in people and communities will do better things for our economy and our planet than giving taxpayer money and subsidies to fossil fuel companies. It will create more jobs, which in turn will stimulate our economy. It will create happier, healthier citizens which will reduce national health care costs. Most importantly, it will create a legacy of a better society. We can do this.

Penguin Bloom is definitely worth viewing

Re TIFF Review: Penguin Bloom Never Takes Wing (NOW Online, September 12). It’s disappointing that you would publish such a discouraging review of a lovely family film based on a beloved book. You deem yourself observant enough to notice differences in the magpie. How unprofessional for the director and production team not to find multiple identical birds to please a discerning viewer. Really, there must be so many similar incredibly trained magpies in Australia. There are many holes in your criticism and your review lacks the substance you demand even from minor characters. The film is certainly not perfect but definitely worth viewing by families. It features important themes and excellent and very natural performances. I look forward to reading NOW’s TIFF commentary every year. This was one of the least appreciated.

Cronenberg’s Crash suited for these times

I saw David Cronenberg’s Crash (NOW Online, August 4, 2020) in 1996 or 1997 at the West Hollywood art-house movie theatre on Sunset Blvd in Los Angeles. I was only 19 or 20 years old. Well, as much as I loved James Spader, the subject matter was too much for me to comfortably watch at that point in my young life. The movie was definitely ahead of its time. But its time has arrived and its perfectly suited for a re-release in 2020.